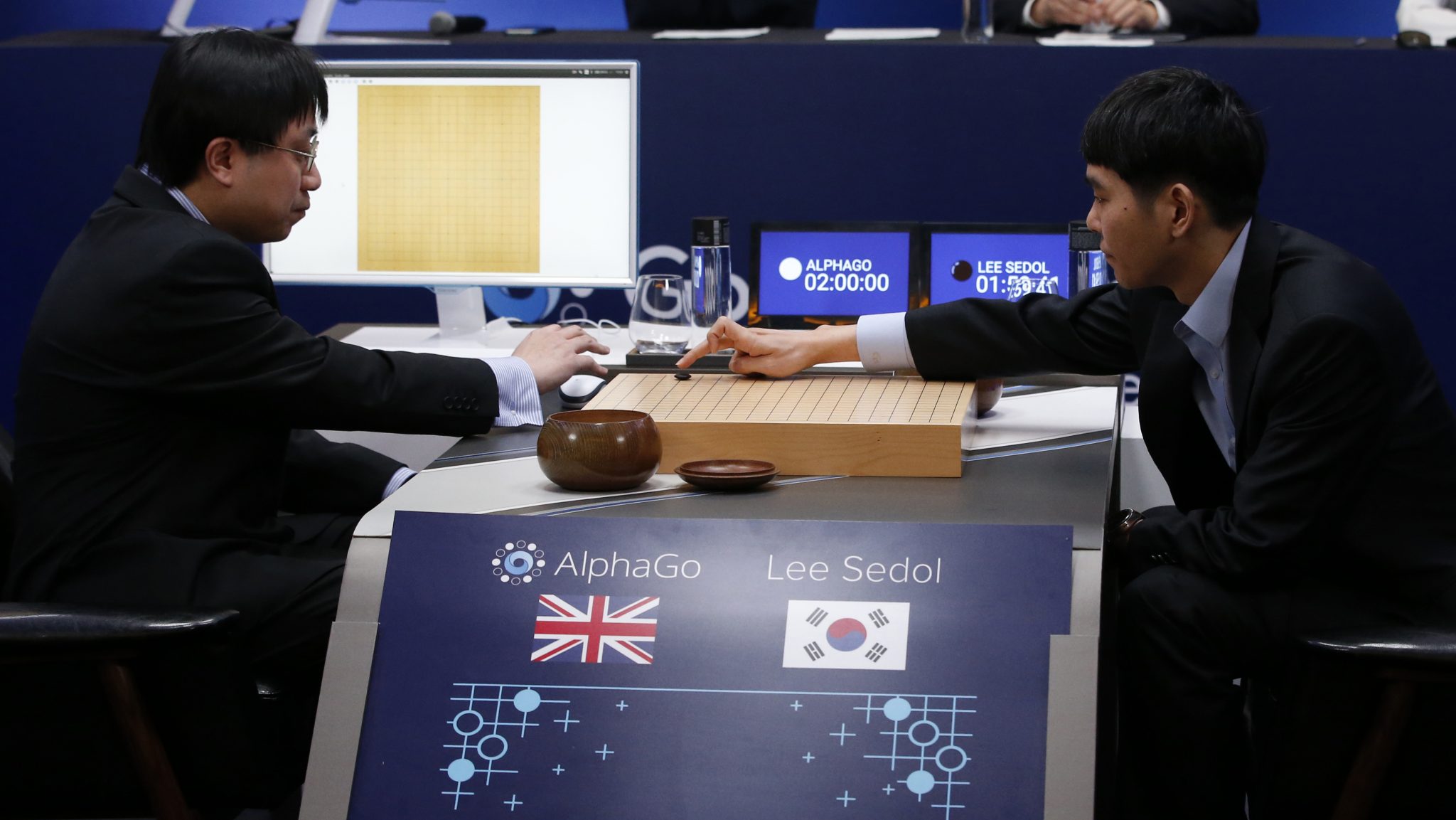 March 2016 marked an enormous success for use of AI in the gaming world. The Google DeepMind-developed AI program, AlphaGo beat one of the top Go players in the world, Lee Sedol. The event was convened over 4 days, and livestreamed on DeepMind’s YouTube channel, and other channels.

This was just the beginning, as the AI plans to battle the current Go champion Ke Jie in a series of three games. The matches will be held during a five-day event in May, called “Future of Go Summit.” This event will mark a significant chapter for the history of AI.

The use of AI in computer games isn’t something new. For years, game developers have been using AI to transform the behavior and decision-making process of non-player character (NPC). Computers and video games today furnish a scalable testbed for AI research and innovation.

Moreover, machine learning bestows NPCs with several capabilities. They can improve their performance by learning from mistakes and successes, automatically adapt to the strengths and weaknesses of a player, or learn from their opponents by imitating their tactics. Analytics India Magazine presents to you an extensive range of AI-based games and computer games powered by AI, which have attracted several players globally.

AlphaGo has revolutionized the AI space with the most recent feat that involved beating top Go player, Lee Sedol. AlphaGo essentially uses a Monte Carlo tree search to base its move upon previously “learned” knowledge from machine learning techniques. The program also uses artificial neural network by extensive training, both from human and computer play.

The neural networks within the system were initially bootstrapped from human gameplay expertise. The program was initially trained to mimic human play, by trying to match the moves of expert players from recorded historical games. The database for the games contained around 30 million moves.

Today IBM Watson is a robust cloud-powered, AI-based platform; facilitating healthcare providers  to deliver optimal medical services. The IBM technology platform had famously won in 2011, in the game of Jeopardy, much before the success of the new AlphaGo program. Watson was pit against Brad Rutter and Ken Jennings, only to emerge victorious by defeating the two world champions.

Named after Liu Cixin’s science fiction novel by the same name, Darkforest is also another Go program developed by Facebook. The program is based on deep learning, and uses a convolutional neural network. Like AlphaGo, Darkforest has also been tested against a professional human player at the 2016 UEC cup.

The updated version of the game Darkfores2 combines the techniques employed by its predecessor, with Monte Carlo tree search. This kind of tree search method is generally seen in computer chess programs.

1985 marked the beginning of work for Deep Blue with a ChipTest project at Carnegie Mellon University, which eventually gave way to Deep Thought. IBM took note of this development, and hired the development team, rebranding the project to Deep Blue. Interestingly, the development team had signed Grandmaster Joel Benjamin too.

The program is essentially a chess-playing computer. Deep Blue became first computer chess-playing system in history to win both a chess game and a chess match against a reigning world champion. February 10, 1996 is the day when the AI defeated Garry Kasparov in game one of a six-game match.

The program faced Kasparov another time in 1997, winning the six-game match, following which Kasparov accused IBM of cheating, demanding a rematch. IBM refused to accept the offer, and eventually retired Deep Blue.

This game was developed by Monolith Productions in 2005. First Encounter Assault Recon, or F.E.A.R., as it is popularly called employs a first-person shooter game play. The player must contain supernatural phenomenon, and armies of cloned soldiers.

For first time in gaming history, F.E.A.R. introduced a planner to generate context-sensitive behaviors, which is referenced today globally by several gaming studios. The AI-powered enemies can cleverly use the environment, finding cover behind tables, tipping bookshelves, opening doors, and so on.

The sci-fi based plot follows a theoretical physicist, Dr. Gordon Freeman, stuck inside an underground research facility. The story escalates when the teleportation experiments go wrong unexpectedly. The game combines scripting and AI to avoid any interruption during the gameplay. Valve developed this game in 1998.

The central character is accompanied by an AI security guard, somewhere towards initial stages in the game. The game also makes use of squad AI during latter stages. Moreover, the AI is very well tweaked and integrated brilliantly into the storyline.

Developed by Bungie in 2001, the game is essentially a first-person shooter. The player assumes the role of the Master Chief within this game, battling various aliens on foot or inside vehicles.

The AI allows the enemies to use cover wisely, while employ suppressive fire and grenades. The underlying technology, called “behavior tree” is one of the most popular technologies used by the gaming industry. Additionally, the game pays a lot of attention to minute details. Few years, back, this game has stood as one of the most popular games, wordwide. Users continue to play this game till date, and is sure to appear on any gaming list involving AI.

A free and open-sourced chess engine, Stockfish is available on several desktop and mobile platforms. The program was developed by Marco Costalba, Joona Kiiski, Gary Linscott, and Tord Romstad. Contributions also came from a community of open-source developers. The program has been currently ranked first or near the top of most chess engine rating lists.

Developed in 1992 by Gerald Tesauro, the program was a computer backgammon game. The name has been derived from a form of temporal-difference learning, specifically referred as TD-lambda. This helps in training the artificial neural net. The program achieved a level of gaming, slightly below that of the top human players of the game.

Besides, the program explored strategies, not pursued by humans. This game also has integrated AI-based algorithms, which not only enhance the gaming performance, but also makes the gameplay more interesting. TD-gammon was developed in 1992 by Gerald Tesauro at IBM’s Thomas J. Watson Research Center.

The first-person perspective game combines elements of a stealth game, and is set in the medieval/Victorian era. The central character is called Garret, who is a master thief in the game. The game was developed by Looking Glass Studios in 1998.

Based on an accurate sensory model, the AI actors reflect the capability to respond realistically to lights and sounds, which also forms the primary technique the game build upon. Furthermore, the AI-based NPCs use audio recordings to voice their current state. This enables the player to comprehend what’s going on.