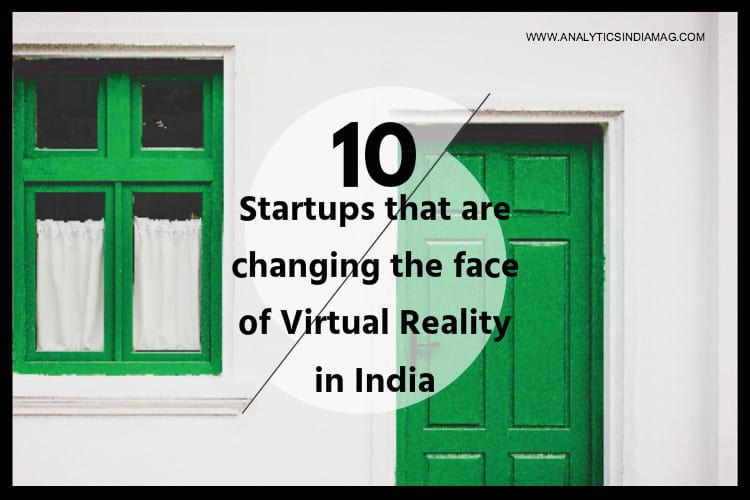 Watching those sci-fi movies have sent us cold shivers and have left us with the nerve crackling experience of walking around mars, meeting Frankenstienish creatures or battling a war. Experiencing all of these as if it were real is all thanks to virtual reality. Not just movies, VR is trending down in various other sectors such as real estate, hardware, marketing and gaming, making a serious play for business relevance.

With companies such as Google, Facebook, Microsoft and Samsung staking their fortune on virtual reality market, there is more than enough room for start-ups to make an impact. The global investments in AR/VR have been overwhelming with the data from tech advisor Digi-Capital showing that investments in VR touched $1.1 billion in the first two months of this year, far exceeding the $700 million invested during 2015. However, going by the data from research platform Tracxn, only nine of the 74 Indian startups in AR/VR have received funding.

While the startups struggle with various challenges such as infrastructure and network strength, the industry is booming and is evident with the companies that are adorning the list. We approached virtual reality startups in India and came up with 10 such start-ups (listed in alphabetical order) that are changing the way humans interact with computers and enriching the real world with an unrealistic approach towards videos, sound, graphics and more. 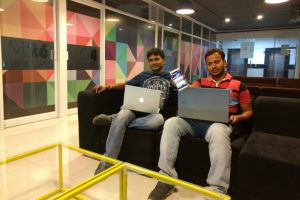 Founded in the year 2015 by Karthikeyan NG & MohanRaj MS, GazeMatic prides in ‘Teleport Call’. Located in Bangalore, GazeMatic is the hub of all the de-facto companies in Indian startup eco system.

Believing in the fact that communication in a virtual environment is going to be the new way to connect with people around the world whenever and wherever you are, they have built up “THE CALLER”, a mobile application for Virtual Reality. The app is first of its kind voice caller application where you can teleport yourself when you are on a call with your friend.

Crossing a whopping 5000 downloads within the first month after releasing the product, without spending a single penny on marketing, it has more than 2000+ experience videos and the users have made 20K+ calls till now. Currently available only in Android Play store as a free app, they are all set to launch their iOS app and will also be soon on Samsung and Oculus store apps. Their major breakthrough is going to be releasing the app with Live Streaming feature which will make the app literally a teleporting app.

Majority of their users are from US, UK, Germany, Russia followed by India. 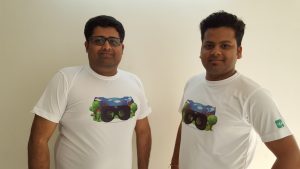 It has received an overwhelming response within a few weeks of the launch and currently hosts content developed In-house by GreyKernel as well as curated from some of the Indian/International VR Studios.

Founded in 2015, GreyKernel’s first VR demo for Oculus Rift DK2 was featured among top 10 weekly downloads on RoadToVR, one of the leading International VR e-journal and in a few weeks’ time the company was able to pull off an International VR project. Whereas most of the Indian VR production Studios are focusing on creating Monoscopic 360 degree videos, GreyKernel is leading the space by creating Stereoscopic/Interactive VR content & solving engineering/distribution for their clients that involves real estate, media & publishing and marketing agencies. 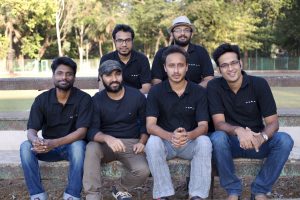 The founding team comprises of graduates from IIT Bombay and a Filmmaker which best reflects the nature of the Virtual Reality content market which is a combination of technology and creativity.

The company has made an outstanding mark within a short span since its inception and has bagged six major projects from clients such as Star Sports, Network 18, Percept Pictures and Channel V. They also continuously try and explore the immense possibilities of storytelling in Virtual Reality by producing their own proprietary content. Both, ‘Strangers Again’ and ‘A Mumbai Summer’ were well received and are now available on Milk VR.

Asia Cup, which was held in February was Meraki’s one of the biggest projects in which they covered the in-stadium experiences of matches between India and Bangladesh and India and Pakistan at Mirpur, Dhaka. The India vs Bangladesh match that they captured was the world’s first cricket match in VR. 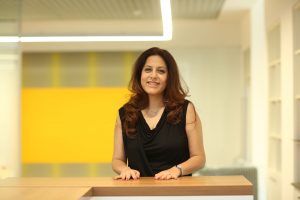 SmartVizX Pvt. Ltd is one of the highest funded start-ups in VR space and offers a wide range of immersive and interactive VR solutions across devices such as mobile, laptop, desktop, tablet etc. SmartVizX has been named as ‘Start-up of The Week’ by NASSCOM under its 10000 start-ups initiative.

Currently catering to the AEC (Architecture, Engineering and Construction) industry, the company’s products VI-VIZ, ARCH-VIZ, ARCH-VIZ (Mobile) etc., offer features such as, controllable and interactive walkthroughs of entire project, view of immediate surroundings from balconies and other vantage points, actual simulation of sunlight during any particular time of the day etc. Potential customers can experience a realistic simulation, of how their future property would look like.

SmartVizX has raised an Angel Round of $5,30,000 from the Indian Angel Network (IAN) and Stanford Angels and Entrepreneurs. The company is already present in New Delhi, Mumbai, Bengaluru, Dubai and is in extensive talks to establish a presence in The United States.

SpectraVR Studios is India’s premiere full stack Virtual Reality Content Studio. Based out of Mumbai, the company was founded in 2015 and is funded by Rothenberg Ventures, a leading investor firm based out of San Francisco.

The company excels at story-telling & has built a strong team of creative directors, designers, technologists and VR enthusiasts to deliver on a wide range of services. Whether it’s a live experience or creative media or animated 3D virtual reality experiences and games, SpectraVR is able to deliver quality on every platform in every vertical. 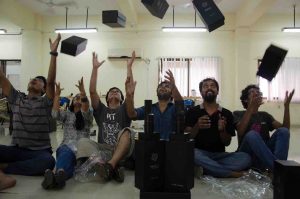 Tesseract Inc. is an Indian hardware company that has created the world’s first 360 Virtual Reality Camera. Its vision is to enable everybody to capture memories in 360 and VR to relive them as if they are in the same moment back again. Imagine the next IPL where Virat Kohli hits a six, and with these cameras you would be able to feel as if you are sitting next to Virat but being completely at home.

It aims to completely transform the way you record, consume and share content. And all this with hardware/software completely innovated, designed and manufactured out of India. 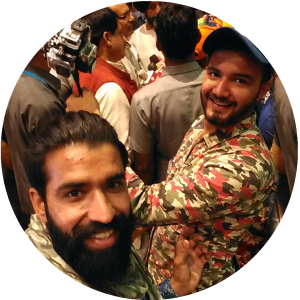 At Transcend their belief is going beyond limits. Founded in October 2015, at the Foothills of Shivalik ranges, Chandigarh, it comprises of a team of passion driven architects, thinkers, filmmakers, photographers, producers, technologists, R&D specialists, and developer.

With a focus on next level of interaction and storytelling, they are currently developing highly immersive VR content and applications for tourism, education, real estate, brand story, documentaries, events and education sector. 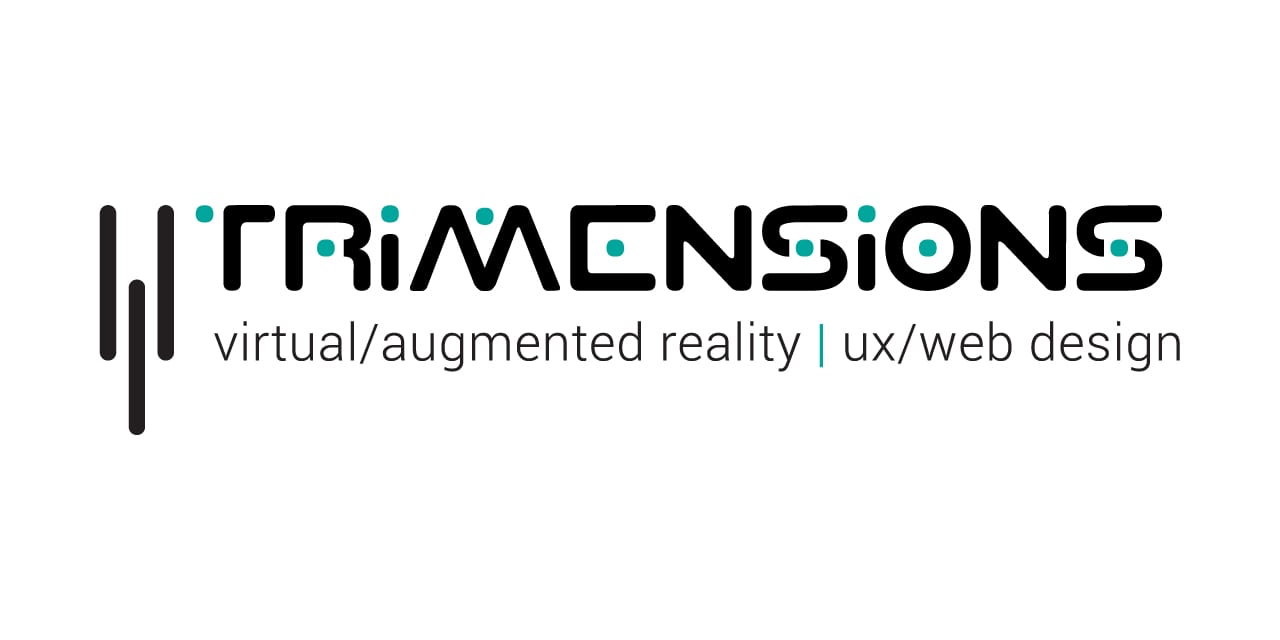 Trimensions is an award-winning digital services and UX design agency based in Delhi. It pioneers in both virtual and augmented reality in India and spans across different verticals including education, entertainment and enterprise.

It specializes in developing creative new approaches to train people and has ventured into 360 video production and AR for machine maintenance and VR for training simulations.

Since its inception, Trimensions has been focused on bringing exciting new technologies into the reach of the common Indian citizen and hence emphasises on good, clear design and user experience. Offering a large variety of end-to-end services including graphic and web design, Trimensions aim to change user’s perception of reality. 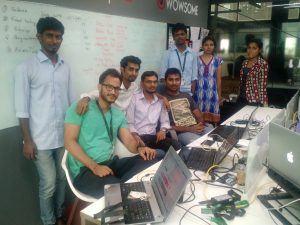 One of the fastest growing Indian start-up in the field of Augmented Reality, WOWSOME was founded in 2015, by Vishal Reddy and Karan Bhangay. It is one of the selected portfolio company headquartered at T-Hub Hyderabad. With a growing portfolio of around 50 brands and several major publishers, they obsessively research to discover new applications for AR that will merge advertising and entertainment.

Their expertise lies in dynamic development of relevant media using Computer Vision. WOWSOME adds real time, situation based, interactive, visually stunning, and virtually unlimited digital content to environment around you by extending it to your smartphone and tablet. It works in harmony with the real world and enhances the real life experience with relevant information.

Xenium has been developing Virtual Reality solutions from last two years and they believe that VR empowers businesses with new visualization techniques, developers with fresh creative potential, and researchers with tools that accelerate scientific discovery. They started doing virtual reality when wireless Headgears like Oculus Rift, Samsung Gear VR were not available in the Market.

It offers a full range of products and support including the complete VR systems, custom solution design, and application development. Their virtual reality solutions are helping both enterprises and in academics by enabling innovation and enhanced communication.

Xenium is the fourth company in the world & first in India to have done a live streaming using Virtual Reality. The real-time broadcast was captured through 8 vantage points (i.e. 8 units of 360 Live Shooting Camera) and streaming done over a 10 MBS line on the Telecom Network, proving the robustness and reliability of the Telecom Network at large.

While there has been a lot of buzz across Silicon Valley with the VR, India is still taking its baby steps towards this sector. According to a report by Goldman Sachs published earlier this year, the combined virtual reality and augmented reality market is estimated to reach anywhere from $80B to $182B in market size, by 2025. And with the investors, innovators and those who truly understand the DNA of VR rolling high, it is quite likely that 2016 would be the year of opportunity for VR segment in India.