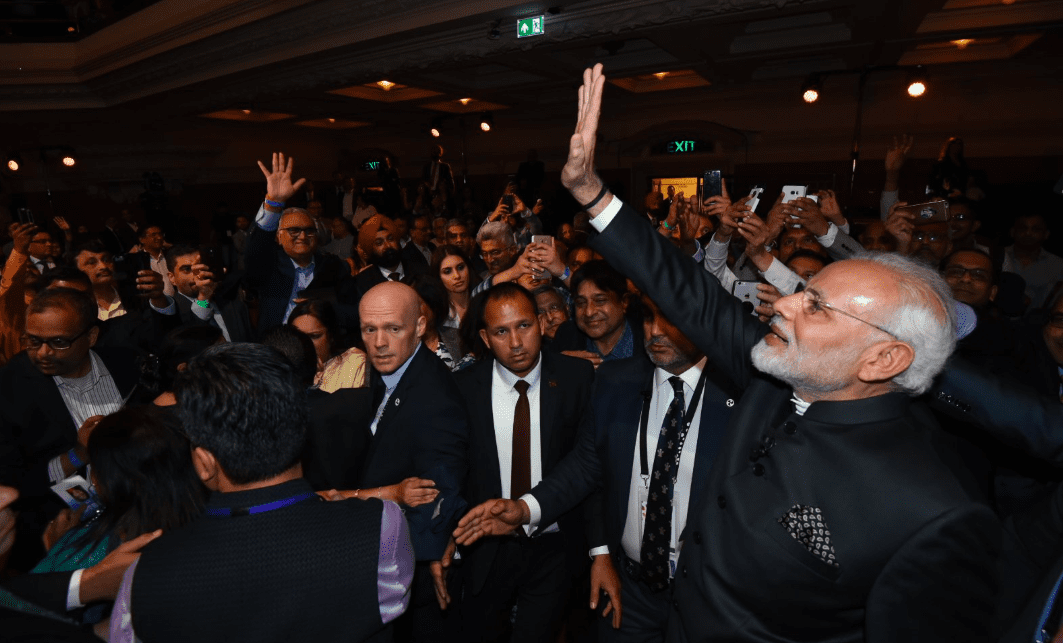 Artificial intelligence and big data have been of keen interest to PM Modi. Through a series of events and speeches from the last few years, he has been deliberately showcasing India as well as his government as technologically forward. And it has worked out very well for them, as reports suggest that industry insiders are happy to see that the government is working towards supporting a tech-driven future.

Some of PM Modi and the BJP government’s initiatives include Atal Innovation Mission’s Atal Tinkering Labs, Atal Incubation Centers, Scale-up support to Established Incubators, several programmes and associations with industry leaders such as SAP and Google, among others. The Government has also set up an AI Task Force to prepare India for the upcoming Industrial Revolution 4.0 and the resulting economic transformation.

But for the last two years, PM Modi’s emphasis on new tech, especially AI has increased manifold. Here are 10 key highlights from his speeches and addresses:

“The changes that blockchain technology and AI will bring about in agriculture will be revolutionary. As of now, farmers in a few parts of the country are already using this technology in their practices.” He also added that the the BJP-led government has done a lot of work to ensure that “agriculture touched new heights”. He added that using AI and blockchain technologies would also help in reducing crop destruction.

Speech during DefExpo in Chennai (May 2018)

“New and emerging technologies like AI and Robotics will perhaps be the most important determinants of defensive and offensive capabilities for any defence force in the future. India, with its leadership in information technology domain, would strive to use this technology tilt to its advantage.”

Speaking at an election rally in Karnataka (May 2018)

“This the era of artificial intelligence and india cannot lag behind… On one hand, there are parties that have lagged behind in technology, either they cannot understand or are purposely spreading lies. They have opposed all subjects in technology — EVM, Aadhaar card, mobile phone, every where.”

According to sources, PM Modi was quoted as saying (Apr 2017)

China is way ahead of India in a lot of areas but the government does not want to miss the bus this time when it comes to research and adoption of this technology… NITI Aayog has been asked to undertake all possible pilots happening elsewhere in the world, if it addresses India’s problems, so government departments and states are willing to use AI in their day-to-day functioning.”

“The evolution of technology has to be rooted in the ethic of ‘Sabka Saath, Sabka Vikaas’. Technology opens entirely new spheres and sectors for growth, and entirely new paradigms for more opportunities… The road ahead for AI depends on and will be driven by human intentions. It is our intention that will determine the outcome of artificial intelligence.”

“…AI aids in making robots, bots and other machines meant for specific tasks. Through self learning, machines today can enhance their intelligence to a smarter level. This technology can be harnessed to better the lives of the underprivileged, the marginalised and the needy. In that programme on artificial intelligence, I urged the scientific community to deliberate on how AI could help us make life easier for our divyang (specially abled) brothers and sisters… Can we make better predictions of natural disasters using ai? can we use it to provide assistance to farmers on crop yield? Can AI be used as tool to simplify the outreach of health services and modernise medical treatment?”

Speaking at the World Government Summit in UAE (Feb 2018)

India had lost its chance at industrial revolution. But we now we not only have excelled in sectors regarding new and cutting-edge technologies, we have become the leaders in them. Apart from manufacturing and information technology, we should pay attention to new and evolving sectors such as big data analytics, cyber-physics, nanotechnology, artificial intelligence, cyber security, advanced energy storage, renewable energy, next generation genomics, cloud technology and advanced GIS, among others. This will showcase that one-sixth of the human population is fully committed to contributing to new tech.

Addressing the World Congress on Information Technology in Hyderabad (Feb 2018)

“One of the invited speakers at this event,the robot Sophia shows the potential of new technologies.We need to reflect on the changing nature of jobs,in the emerging age of intelligent automation. I compliment NASSCOM for developing the ‘Skills of the Future’ platform. I am told, NASSCOM has identified eight important technologies. They include artificial intelligence, virtual reality, robotic process automation, internet of things, big data analytics, 3D printing, cloud computing, social and mobile… I am sure, that this platform will greatly help India maintain its competitive edge. Digital technology is now at the heart of every business. New technologies must be embedded in various operations and processes of a business entity.”

In his speech at the World Economic Forum (Jan 2018)

“Artificial intelligence will drive human race. It will be debated whether there will be any jobs left or not. However, experts say that there is huge possibility of job creation through AI… ‘IT + IT = IT, i.e., information technology + Indian talent = India tomorrow’.”