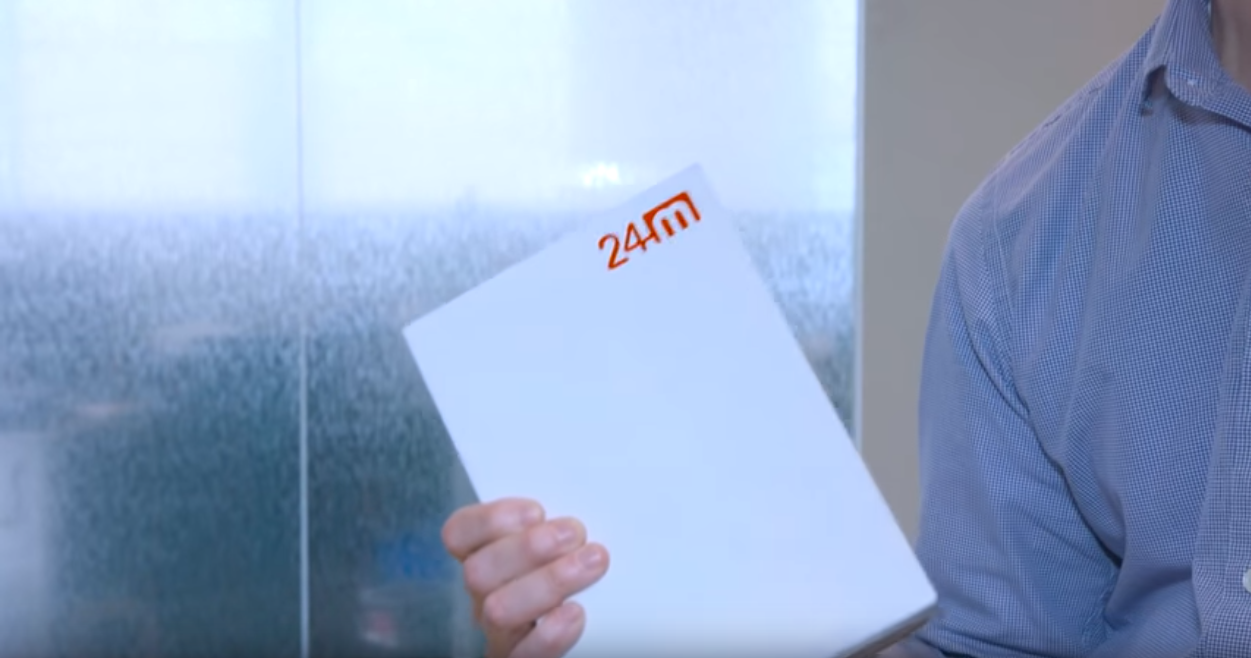 It is a company that grabbed headlines for making batteries which can give electric planes that don’t pollute the skies. This Cambridge-headquartered company charted a different technical path wherein one can create lithium-ion batteries that can reach energy densities close to 500 Wh/kg. Recently, the company also raised $21.8 million to stimulate the deployment of its simplistic, capital-effective, economical manufacturing process and the expansion of differentiated, high power density lithium-ion cells for the Electronic Vehicle market. The funding was accompanied by advanced ceramics manufacturer Kyocera Group and heading the global trading company, ITOCHU Corporation. Former investors North Bridge Venture Partners were also present at the meeting.

The startup was founded in 2010 by the battery industry’s leading investors, scientists and entrepreneurs based in Cambridge, Massachusetts. 24M acknowledges the world’s need for affordable energy storage by facilitating a new, more cost-effective solution– semisolid lithium-ion technology. By re-creating the design of the battery cell as well as the production method, 24M answers the crucial, age-old challenge associated with the worlds favoured energy storage chemistry by overcoming its high cost while advancing its performance.

“Demand for lithium-ion batteries is escalating rapidly due to increasing interest in electric vehicles and renewable energy, and the differentiated 24M manufacturing process and radical approach to cell design offers a powerful solution to cost-effectively respond to this need with a superior product,” said Koji Hasegawa, General Manager, Industrial Chemicals Department of ITOCHU Corporation. “Through this investment, ITOCHU is excited to be working closely with 24M to promote the global production of next-generation SemiSolid lithium-ion batteries.”

24M Works On The Premise of Reducing Manufacturing Costs Based

The company launched its breakthrough SemiSolid lithium-ion battery prototype in 2015 and has been considering its own semi-automated pilot facility to essentially advance both cell design and composition readiness. 24M is all set to scale its exclusive, capital-efficient, low-cost appearance to advanced lithium-ion battery manufacturing.

“We’ve been working diligently to advance our innovative technology and manufacturing process to address both the low-cost grid market and, more recently, the high energy density requirements of the EV market,” said Rick Feldt, President and CEO of 24M. “We recognize the importance of a high-performance, low-cost solution to a market moving towards regional production, and are ready to scale our cells and manufacturing process.”

The SemiSolid method, which applies electrolyte as the processing moderator, reduces capital and energy exhaustive steps like drying, solvent recovery, calendaring and electrolyte filling. In standard variants like the ones in a Tesla vehicle, the electrodes that transfer current into and out of a cell are organised as a series of layers and then bound together into what’s known as a jelly roll. By using different materials, 24M can form electrodes that are four to five times thicker, and quickly pair those anodes and cathodes together in a cell.

24M leverages the method via differentiated cell designs, dropping the need for significant inactive material (copper, aluminium and separator), following in both a structural bill of materials advantage and an inexpensive procedure to manufacture. Additionally, the incorporation of electrolyte during the binderless slurry mixing method performs unique approaches to high energy density cell patterns that have heretofore been difficult to explore.

The lab-scale version of 24M’s batteries has an energy density within 280 and 300 watt-hours per kilogram (Wh/kg). That surpasses the roughly 250 Wh/kg of most top-end batteries now on the market.

The company is also operating on another technical path that could build lithium-ion batteries capable of transferring energy densities close to 500 Wh/kg. The company says they’ve already illustrated that densities above 350 Wh/kg are feasible using this approach in the lab. But that relies on a very thick separator between the electrodes that would need to be scaled down to work on a marketing level.