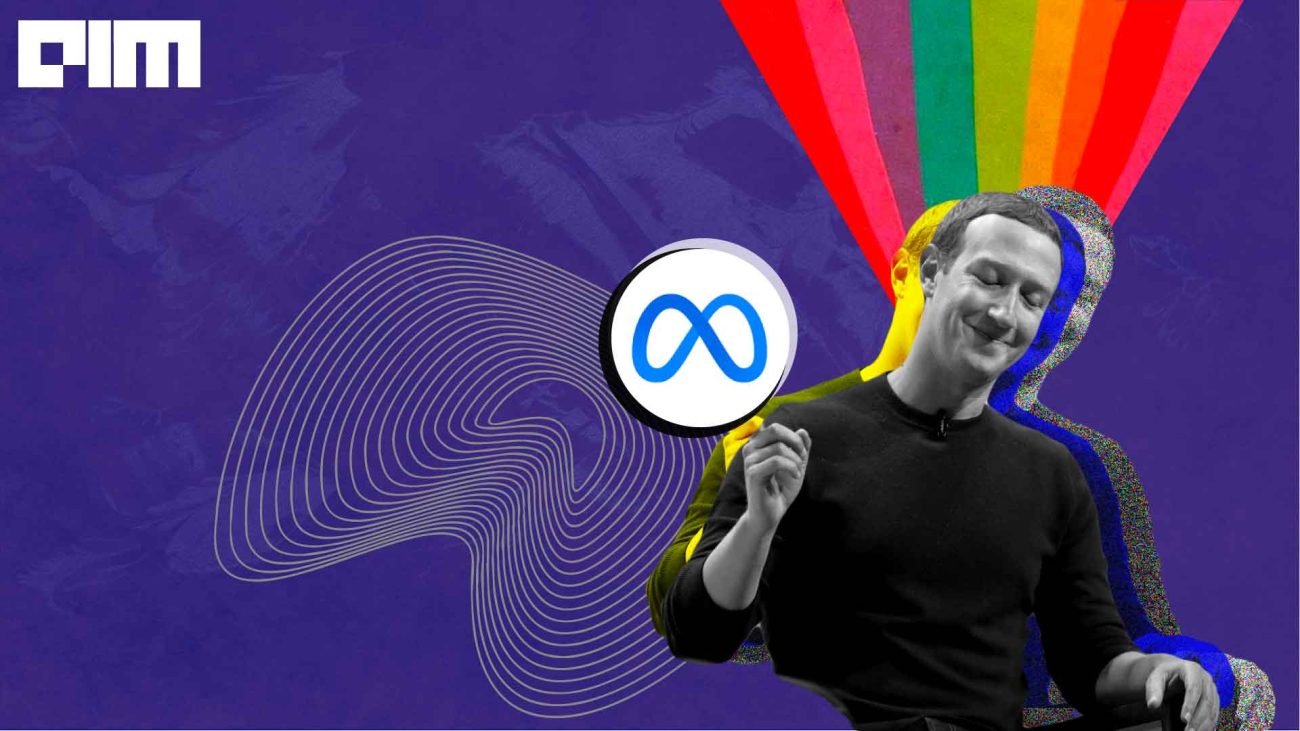 From the huge craze about AI art to human robots, 2022 witnessed a paradigm shift in tech. Meta AI, a pioneer in the domain, made sure it wasn’t left behind in transforming the industry.

Here are the innovations by Meta AI that helped it remain at the white-hot epicentre of AI in 2022!

What lies ahead in AI generative art?

A picture is worth a thousand words. But is it? With text-to-image generation, a few words may be enough to create a thousand pictures.

Meta challenged the monotony of the text-to-image generation process with their own AI model, ‘Make-a-scene’, that not only takes text prompts but also sketches to create high-definition visual masterpieces on a digital canvas. Furthermore, later this year, Meta AI researchers progressed into generating art through prompts by announcing Make-A-Video, a new AI system that turns text prompts into brief, soundless video clips.

And that’s not it.

Doesn’t the name data2vec sound familiar? That’s probably because it splashed in the media in January. It’s an important entry in the growing list of strategies focused on creating unique machine-learning architectures that handle many different data types, like text, image and speech.

“The first high-performance self-supervised algorithm that works for multiple modalities”, as Meta called it. The researchers applied it separately to speech, text and images, where it outperformed the previous best single-purpose algorithms for computer vision and speech. It came out as competitive on NLP tasks.

Meta added that data2vec does not rely on contrastive learning or reconstructing the input example. The tech giant has also released open-source code and pretrained models.

How is the ​​50-year-old problem of protein structures being solved?

When DeepMind revealed predicted structures for some 220 million proteins, the trove covered nearly every protein from known organisms in DNA databases. Taking the research ahead, Meta AI is filling in the ‘dark matter of the protein universe’.

Researchers at Meta have used AI to predict the structures of some 600 million proteins from bacteria, viruses and other micro-organisms that haven’t been characterised.

The team created the first database revealing the metagenomic world structures at the enormous scale of hundreds of millions of proteins. The predictions were made using a ‘large language model’, a basic tool to predict text from merely a few words.

How can AI improve the machine learning lifecycle?

To use AI more effectively, several challenges need to be addressed by the community. The system must be able to accommodate engineers without ML backgrounds, and it must provide mechanisms to optimise for a variety of product goals.

Meta Researchers developed ‘Looper,’ an end-to-end AI platform with easy-to-use APIs for optimization, personalization, and feedback collecting to answer these needs. Looper may be used to support the entire machine learning lifecycle, from model training to deployment and inference to product evaluation and optimization. In addition, Looper allows us to modify the existing products to leverage AI for personalised optimizations rather than having to rebuild them around AI models.

How can AI improve human communication?

AI translation has primarily focused on written languages. Yet around half of the world’s 7,000+ languages are mainly oral – without a standard or widely used writing system. Thus, it’s impossible to build machine translation tools using standard techniques requiring large amounts of written text to train an AI model.

To address this challenge, Meta has built the first AI-powered translation system for a primarily oral language – Hokkien – widely spoken within the Chinese diaspora. Meta’s technology allows Hokkien speakers to converse with English speakers as the language lacks a standard written form.

Furthermore, Meta released its No Languages Left Behind project to build an AI model that can translate ever-more languages, even those that are less commonly spoken. First announced in March, the AI model can now translate across 200 languages, the tech giant said.

Calling it an “AI superpower,” Meta CEO Mark Zuckerberg said in a Facebook post that it will be used across Meta’s different products and services and will also be available on GitHub for anyone else to use.