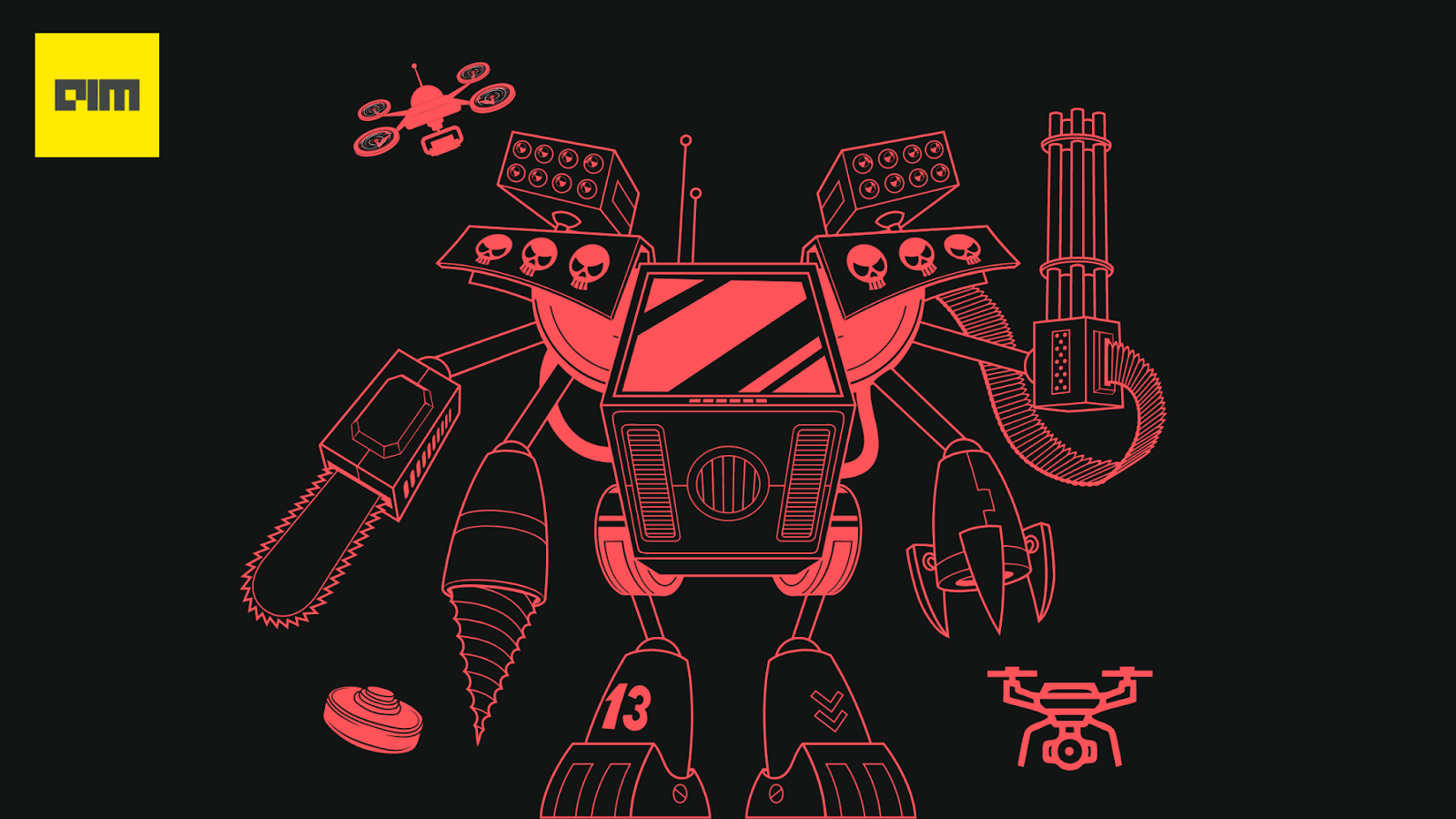 Inarguably, artificial intelligence is changing the face of modern warfare. The superpowers are engaged in a pitched arms race on the back of advances in AI-powered autonomous systems, unmanned arms vehicles, drones, lasers, etc. Military theorists are now doubling down on AI research to turbocharge their country’s warfare capabilities.

AI-powered autonomous weapon systems are set to become force multipliers in future wars. The weapon system would have either decision making or aiding decision-making component to activate the launch. Currently, militaries and defence departments of several nations are already on their way to deploy autonomous AI lethal systems called Lethal Autonomous Weapons (LAWS).

LAWS are highly sophisticated AI-powered weapons that use sensors and artificial intelligence to identify and destroy targets. It can select and engage targets based on a set of predetermined criteria. At present, no fully autonomous weapon can operate independently.

With each passing day, drones are gaining more autonomy. AI-enabled weapon systems such as armed drones would selectively target the militia without collateral damage. For instance, at the 2019 LIMA exhibition, Ziyan UAV unveiled a Chinese attack drone called Blowfish A2.

According to sources, the attack drone can carry radar, jamming devices, guns or bombs under its spine. Later, the company introduced Blowfish A3, which can carry multiple types of machine guns and features a different aerodynamic design allowing the gun to shoot at more angles mid-flight.

Researchers worldwide have already started developing killer robots, which can carry out attacks without human intervention. Robots with AI and computer vision with IoT can help in target identification and classification.

An automated decision system for landmine detection sweeps the ground to look for mines. The system works by using a sensor to capture real-time images of the area of interest. The captured images are then fed to a computing unit to be digitally processed before being analysed. Researchers have been developing these systems for a few years now, For instance, DRDO’s Daksh – electrically powered Remotely Operated Vehicle (ROV) serve as Bomb Disposal Units for the army, paramilitary forces etc.

COMRADES (Cooperative Multirobot Automated Detection) system is a multi-robot system for humanitarian demining. Another example is Minect.ai, an AI-based landmine detection system that detects landmines and other projectiles using neural networks. The device can process visual data streams from multiple sources, including drones, robots and smartphones, in real-time to recognise and pinpoint the location of landmines.