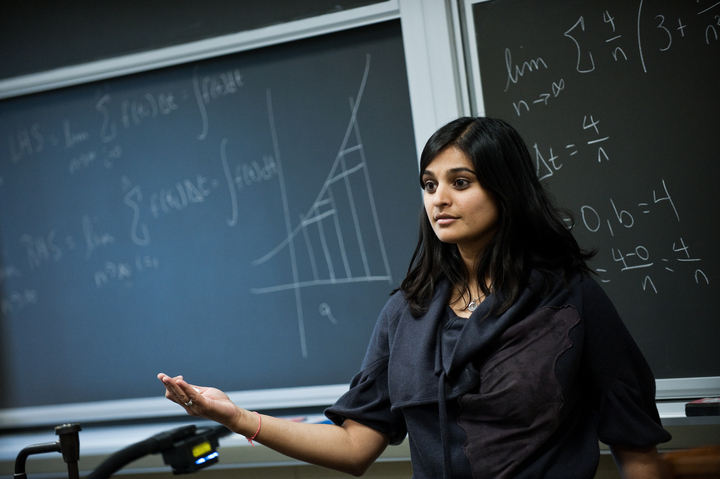 Statistics are one of the most important tools in a data scientist’s arsenal. When wading through a positive sea of big data, statistics is the one thing that allows scientists to make sense of it.

Statistics is integral towards deriving insights, as one of the biggest tells of an insight is a statistical anomaly. Moreover, a statistical view of the situation will provide a better understanding of the big picture situation in the data as well.

This makes the discipline one of the most sought-after skill sets when hiring for a data science role. This, in turn, makes it a very useful addition to any analytics professional’s portfolio. Keeping that in mind, there are a number of statistical principles and theorems to have a firm grasp on in order to ace an interview.

This is one of the most basic building blocks of machine learning. It is used widely in ML, in the form of notations of any written algorithm to accurately implementing complex algorithms.

Linear algebra is used starting from the dataset, where data is usually in the form of a matrix, to describing relationships between variables using linear regression, to encoding the data to make it more accessible.

The subcategory of mathematics finds applications in every part of ML and DL, which makes it one of the most important skills to brush up on before attending an interview.

Even though it might sound complicated, DR is a fairly simple principle. In the age of big data, we are bound to collect more data than is useful, especially in terms of the types of variables present.

A too-large dataset with too many features (variables) could result in not only problems in data processing, but also in an inefficient model. This is where DR comes in. This statistical procedure enables large datasets with lots of features to be compressed into a smaller dataset without losing data that is to be used.

A probability distribution is one of the most integral parts of deriving insights from data. For insights, the most commonly used method is statistical inference, which allows for the prediction of trends from data using statistics.

By knowing the patterns of the data’s behaviour, it is possible to reduce bias and make better judgements on the insights derived from the data.

The CLT is one of the most enquired upon theories in data science statistics, and also exists at its base in order to have a deeper understanding of how data works. The CLT states that with a large sample size from a population with a finite level of variance, the mean of samples from the same population will be approximately equal to the mean of the population.

What this means is that in a large dataset, independent random samples will tend towards approaching a normal distribution on the whole. This is important for data science as it lies at the heart of one of the most important techniques in the field; hypothesis testing. CLT is often used to normalise the data and calculate something known as confidence intervals to further clean the data and derive better insights.

In its most simple form, Bayes Theorem is the way of finding a probability when other probabilities are known. It is not only used in data science but is an integral part of human cognition. It is expressed in a formula as:

Using conditional probabilities, it is possible to determine the likelihood of an event occurring and update the hypothesis once more information becomes available. Bayesian inference is one of the most powerful tools in data scientists’ skills.