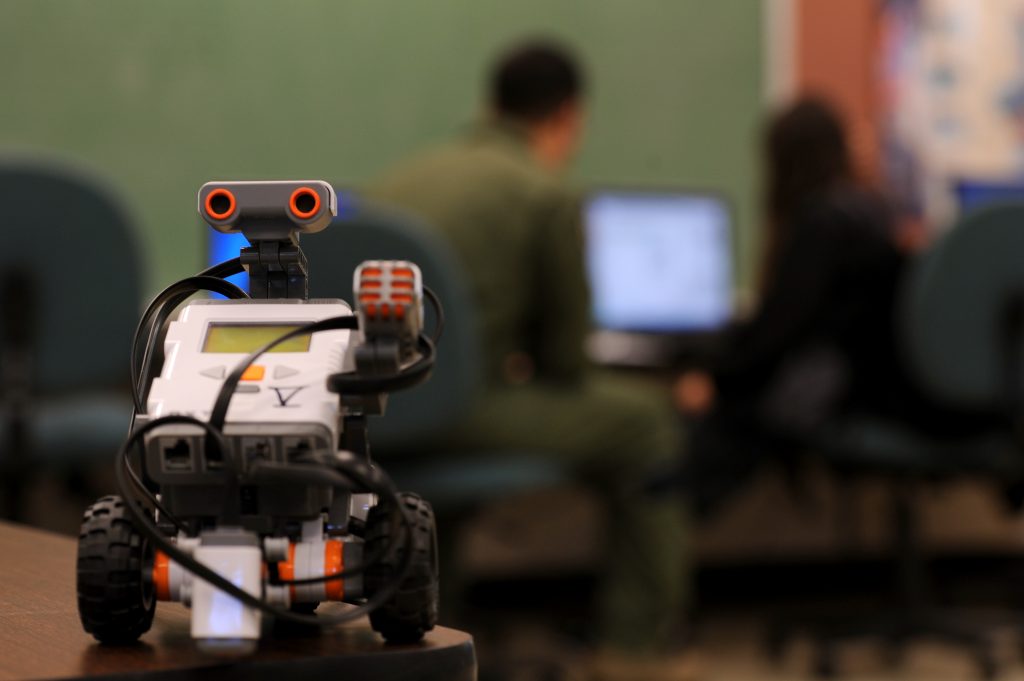 The field of robotics encompasses computer science, electronics, electrical, mechatronics, machine and deep learning, instrumentation and AI. The field which involves various subjects and applications has a steep learning and experimenting curve. It also has immense opportunities that come with a lot of dedication. To build a career in robotics, one requires a specialisation in the above fields along with a set of robust programming language. In this article, we list down top five programming languages that are in high demand for the robotics industry.

Lisp is the world’s second earliest programming language. Not as popular as other programming languages, it is crucial in the AI domain. Some of the crucial sections of ROS(robot operating system) are written in Lisp. It was originally developed for the applied mathematical notation that can be implemented for computer programs, this feature made it a favoured language for artificial intelligence related research.

The language is used to develop robot control functions in a microcomputer category which helps in the manipulation of various robot functions. The additional features of Lisp are tree data structures, automatic storage management, dynamic typing, conditionals, recursion, elevated-order functions, read-eval-print loop, and the self-hosting compiler.

Belonging to the programming language genesis, BASIC and Pascal are the fundamental scripts for multiple industrial robot languages. Beginners All-Purpose Symbolic Instruction Code(BASIC) was initially developed for the trainees and one of the extensively used initial programming languages, even today a few micro-monitors like Basic Micro, BasicX, Parallax use it for training robots.

These classic programming languages may be outmoded for current trends, but they are really handy for beginners to get close to technical operators and functionality.

Being part of almost every engineering course, C(obj) and C++ is the most mature programming languages that are a must-have on the resume in the robot industry.  The reason why C and C++ is one of the most popular languages in robotics is that it because allows interaction with low-level hardware. Aspiring roboticists should start with C/C++ as it contains more tools and library functions.

With abundant tools, libraries and functions C++ takes a significant position in robotics programming platform. Most programmers use C/C++ to ensure the best performance of robot.

This specialised computer language is used to program electronic and digital logic circuits. Through HDL, the structure, operations and design of the circuits is programmable. Hardware Description Language is used to specify the gates and chips and simulate the behaviour of the resulting chip specifications through a hardware simulator.  There are many HDLs available, but one of the most popular HDLs are Verilog, VHDL and SystemC, which is also the latest on the block. Essentially, what HDLs have done is blur the distinction between software and hardware development with design tools which enables the development of real-time imaging hardware.

Unlike the other mentioned languages HDLs need a good knowledge of electronics as most of the operations are concurrent processor based. HDLs provide object orientation and garbage accumulation which in a simple way as compared to complex operations and semantics compared to traditional languages which operate on control flow as opposed to the data flow.

Advanced Level: Before learning HDLs, you have to beef up on basics of electronics and chip design

Java contains all the high-level features required in the robotics industry to deal with various aspects of robotics. Most companies look for Java programming skills in IT professionals as it can be used to create algorithms for search, ML, neural algorithms and language processing. Majority of the institutes and universities offering Robotics courses and certifications make sure that Java is included in their curriculum.

As compared to other languages, Python has soared in popularity thanks to its ease of use and less time required. For example, when compared to other languages such as Java or C/C++, one has to write fewer lines of code in Python. In robotics, Python has become a key part of robot operating system and is used for designing the embedded systems. One the reasons for this scenario is that Python is a high-level language of programming, which makes it have less code as compared to the existing object-oriented languages. Tech giants like Raspberry Pi, Arduino among the list use Python in designing embedded systems and exhaustive automation packages for its withhold from typical tasks of programming. Python also grants basic ties with C/C++ scripts which help in fixing the execution