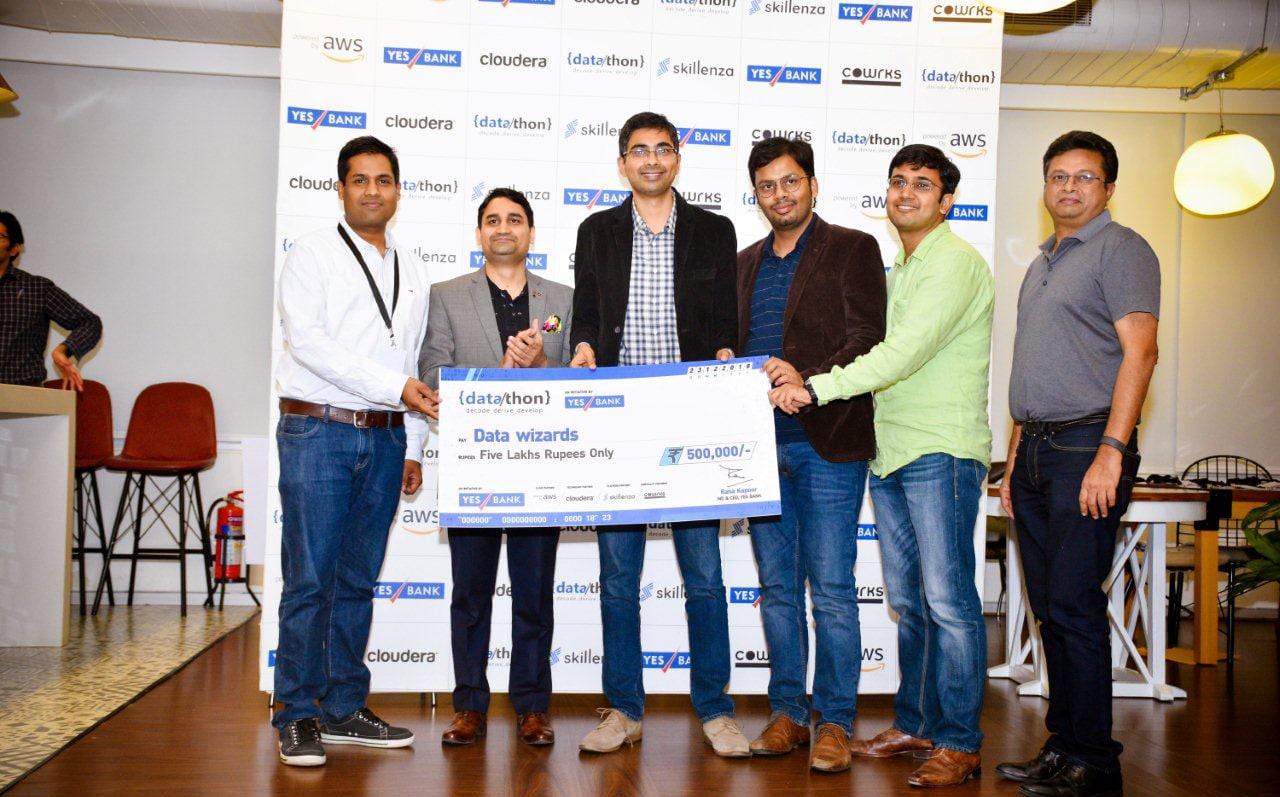 What’s common between data scientists from GE, Uber, Boeing, Walmart Labs, Capillary Tech, Big Basket – well they are super busy, are great at the most sought after job in the industry and they spent their Christmas eve weekend (Dec 22/23) at YES Datathon hosted by YES BANK.  Surprising! Even we were when we considered that over the last year hackathons have becoming quite commonplace, especially in the startup hub – Bangalore.

So what drew them, two things– first, the fact that it was a showcase of models developed over 60 days – a decently long period to engage and work with hackathon participants, we wondered what exactly were these models being developed; and second, the volumes of data and variety of use cases and algorithms being explored – from transactional social communities to predictive customer service – Data the opium for Data Scientists drew them all.

Our interested piqued, we wanted to find out more, and we joined YES BANK’s Datathon showcase in Bengaluru on December 22 and 23.  The setting was familiar on Day 1, a large well decked co-working place thronging with 200+ data scientists/developers hard at work on their laptops and thronging the coffee bar.

Appearances, however can be misleading and once we had spoken to some of the teams as well as the bank’s exuberant data analytics and strategy team, we got a taste of how this was a really different quest that these data teams and the bank had set out on.  The fact that the finalists were chosen from 6000+ applicants through 5 Machine Learning challenges added more heft to the challenge.

The participants, most of whom were working professionals with cross-sectoral experience as well as some really bright young data science students, had identified use cases in the banking sector almost 60 days back, post which they had worked on terabytes of anonymized data sets , and developed models which the bank and the teams were going to implement over the next few months. So this wasn’t just looking at innovation, it was more implementing innovation with a ecosystem/community approach. So what made it worth for the participants to work over such a significant duration beyond their work hours/classes. Here’s some cues we picked up from them.

By the time we wrapped we realized that the heady cocktail of these 5 had set a recipe of a great ecosystem connect and community led collaborative innovation.  We will certainly be looking out for other organizations to join the fray, and also at YES BANK’s promise to further build on this with year long initiatives.