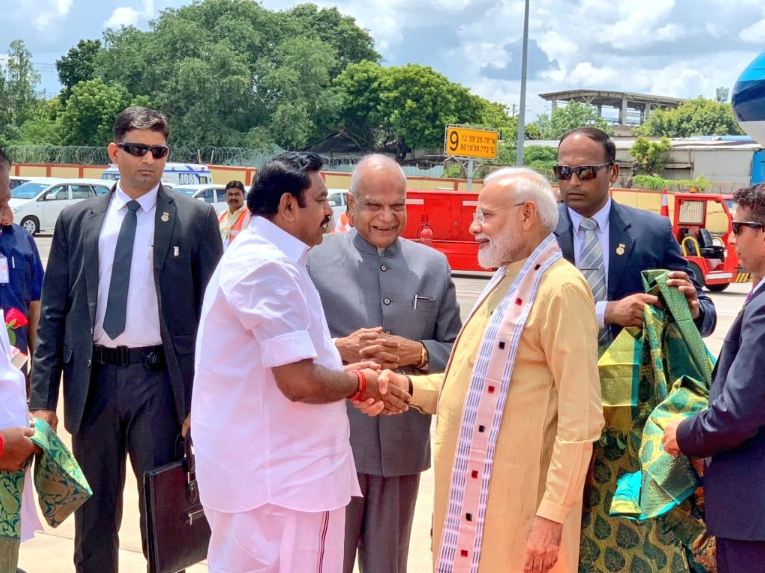 The artificial intelligence boom in India is real. Not only the nation as a whole, but even states are independently taking numerous initiatives and are making policies to make the best out of AI. In this article, we are going to see some of the top policies and initiatives taken by Indian state governments.

Earlier this week, the Tamil Nadu government announced that it is working on a policy for the safe and ethical use of artificial intelligence. According to reports, it is currently waiting for required approvals and the policy will soon be live in a week or two.

The TN government stated that this AI policy is going to be perhaps the world’s first policy addressing the safe and ethical use of AI. Specifically, this policy will see a set of protocols and parameters that need to be followed and fulfilled before any company or government body go into working with AI.

Santosh K Misra, CEO of the Tamil Nadu E-Governance Agency, and commissioner of e-governance, says that the technology is evolving, but, also throws some surprises in the form of disasters. And in order to cope with those disasters, this policy has been rolled out.

Moreover, the TN government has also said that a blockchain policy is going to be rolled out.

When it comes to making the best out of AI, Tamil Nadu is always on the list. It is not just the recent AI policy but last year, the TN government had even implemented an Artificial Intelligence-based attendance system in government schools.

Under this system, the teacher would just need to take a picture of the class and the AI system would analyse the faces in the picture and identify the students who are absent.

Recently, the Telangana government announced that the year 2020 will be the year of artificial intelligence. And this announcement was made when the Telangana IT Minister KT Rama Rao met NASSCOM President Debjani Ghosh.

That is not all, Ghosh has also said that this partnership would also open data initiative and also train youngsters in data science.

Search engine giant Google has recently announced that it is going to set up a research lab, Google Research India in Bengaluru. The major reason behind this initiative is the fact that the Bengaluru has a huge amount of AI enthusiasts and Google wants to strengthen the same.

However, it is not just Google that has taken a major step toward AI, according to a report, the Government of Karnataka as also joined hands with NASSCOM to promote research and development in the state, particularly in AI. Last year both the bodies have also stated that they are going to launch a competition, ‘AI for Good Ideathon’ and the idea behind this is to spread the word that AI should not just be used for business, rather, it should be used to improve people’s lives.

While states like Tamil Nadu, Karnataka, Telangana are going all-out to make the best out of AI, the state of West Bengal is also not behind. Recently this year, the state IT department has announced that they are working in collaboration with the state police in order to come up with an AI-powered system that would monitor vehicles and if someone is found with suspicious or abnormal driving behaviour, the system would send a signal to the police.

The additional chief secretary, department of IT and electronics, Debashish Sen said that even though there are CCTVs/surveillance cameras on all the major and accident-prone roads in Kolkata, it doesn’t seem to be enough. Therefore, an AI system that could do much more than taking clips was a sheer need.

Recently, Maharashtra has decided to come up with an ultimate AI solution that would help farmers reduce agricultural risk. And this initiative is a part of the Maha Agri Tech project.

This AI system would keep track of the sowing area, atmosphere, and possible diseases on crops and would predict yield. Furthermore, it would also use the collected information to aid policy-related decision-making.

This is not the only initiative the state has taken for AI and its use. Maharashtra has been one of the most proactive states when it comes to technology. The state has done a lot for space over the years and now for AI the state is showing the same enthusiasm.

The government of Maharashtra along with NITI Aayog, has also shown interest in zeroing other sectors that could benefit from AI. The bodies are also doing pilots in the healthcare sector and are using AI to enable detection of TB, cancer, and macular degeneration in several places in India.

Furthermore, they are also creating a strong ecosystem for startups to emerge and impact the society with their solutions.