6 Best IDEs Developers Can Use For Swift 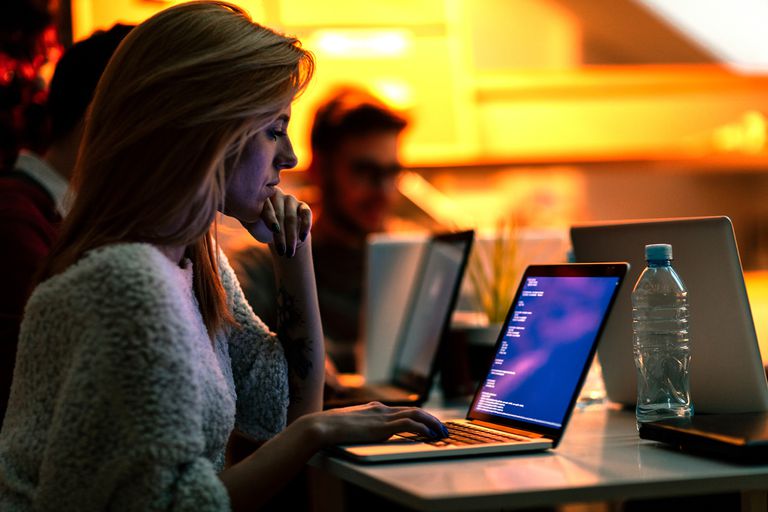 Swift is a powerful and intuitive programming language for macOS, iOS, watchOS, tvOS and beyond. Swift code is interactive and includes modern features for the developers. In this article, we list down 6 best IDEs for coding in Swift language.

Atom is an open-source code editor which works across various operating systems. It has a smart auto completion feature which helps one write code faster with a smart and flexible autocomplete. It includes a built-in package manager which makes it easy to search for and install new packages or one can create their own from the IDE itself. One can easily split the Atom interface into multiple panes in order to compare and edit code across files. Under the hood, Atom is a desktop application built with HTML, JavaScript, CSS and Node.js integration. It runs on Electron which is a framework for building cross-platform apps using web technologies.

AppCode is a smart IDE for iOS/macOS software development. This IDE has a number of features, for instance, while writing code using AppCode, the static analysis or all supported languages will highlight every error or warning and suggest quick-fixes right as you type, navigate to any class, function or symbol in your code quickly and inspect only relevant usages while searching. AppCode supports XCTest, Quick, Kiwi, Catch, Boost.Test, and Google Test testing frameworks, and provides a built-in test runner together with a powerful UI to investigate test results. It provides a first-class unified interface for most popular VCS including Subversion, Git, GitHub, Mercurial, CVS, Perforce, and TFS.

CodeRunner is a lightweight, multi-language programming editor for iOS/macOS. This IDE was built on the principle of running the code instantly in any language. CodeRunner delivers powerful IDE-level code completion for most languages, including fuzzy-search, tab-selectable placeholders and documentation snippets. It can run code in 25 languages such as AppleScript, C, C#, Go, HTML/CSS, Java, JavaScript, LaTeX, Kotlin, Node.js, Perl, PHP, Python, Ruby, among others and can be easily extended to support other languages. This IDE can also run multi-file projects without any manual setup required.

SublimeText is a sophisticated text editor for code, markup and prose. This is a cross-platform source code editor which natively supports various programming languages as well as markup language. It includes “Goto Anything,” for quick navigation to files, symbols, or lines,   “Command palette” which uses adaptive matching for quick keyboard invocation of arbitrary commands including simultaneous editing. For Swift programming language, SublimeText has a package known as Swift-Sublime-Package which needs to be installed via Package Control.

Visual Studio Code is an open-source and free source code editor. This editor has various interactive features such as syntax highlighting and autocomplete with IntelliSense which provides smart completions based on variable types, function definitions, and imported modules, debug code, review diffs, stage files, and make commits right from the editor, etc. An extension for VS Code provides support for the Swift language which includes completion lists, signature help, snippets, quick info, and goto definition. For working in the Swift environment, a user needs to have Visual Studio Code installed and then search for the Swift for Visual Studio Code extension from the command palette.

This IDE is at the center of the Apple development experience and is an incredibly productive environment for building apps for Mac, iPhone, iPad, Apple Watch, and Apple TV. With Xcode, it is easy to write code as it provides advanced code completion, code folding, syntax highlighting and message bubbles that display warnings, errors, and other context-sensitive information inline along with the code. The powerful open-source LLVM compiler for C, C++, and Objective-C is built into Xcode and available from Terminal. Furthermore, when there is a coding mistake, Xcode will immediately create an alert and a single keyboard shortcut will instantly fix the issue.