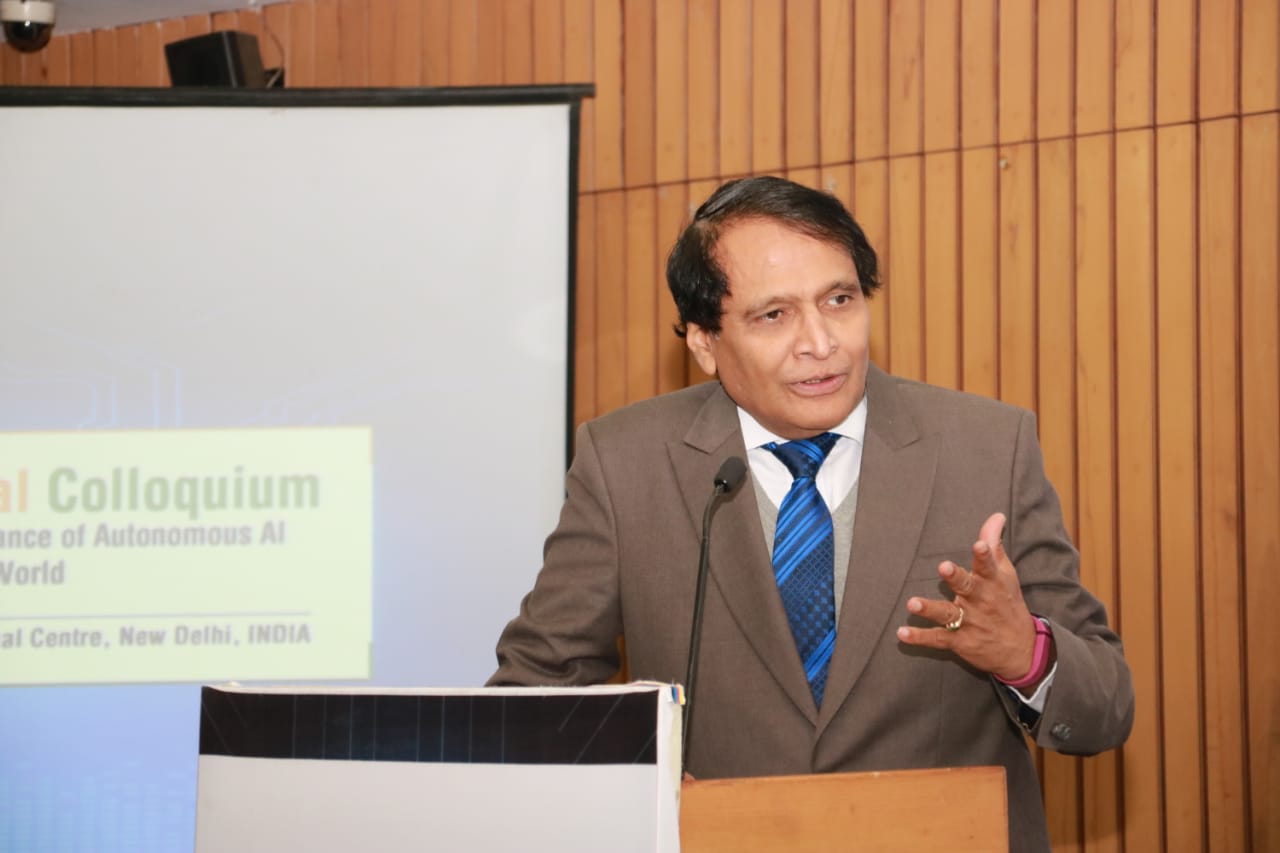 It is not at all a surprise that among all the technologically advanced nations, India has emerged as a strong contender. It is not only the technology companies that are the driving force behind the growth; even the ministers are playing a major role — from creating jobs to increasing access to resources to education.

The current Union Minister of Commerce & Industry, and Civil Aviation, Suresh Prabhakar Prabhu is one such personality who has been very active when it comes to technology, especially artificial intelligence.

In January 2019 at the Global Aviation Summit (GAS) 2019, Suresh Prabhu while addressing the gathering spoke about the importance of AI and Big Data and the need to leverage these modern technologies to improve the global flying ecosystem.

"Technologies like Artificial Intelligence and Big Data are available to us now, which were not available to the Wright Brothers then. We can and must leverage these technologies to improve the flying ecosystem." #FlyingForAll #GasvS2019 pic.twitter.com/YfiZtONdKd

Suresh Prabhu along with other government bodies and stakeholders embodies the Government’s intent to align India with the emerging technologies. Addressing the gathering at the event, the minister said, “the policy is in sync with the challenges and opportunities for India with the fourth industrial revolution technologies and will place the country firmly in the global supply and value chains.”

Furthermore, he also said that WEF, which will work in association with Government think tank NITI Aayog, will establish a centre for the Fourth Industrial Revolution in the state of Maharashtra. And Blockchain, drones and AI are the first three projects of the centre set up in India.

Last year in July at the two-day CII summit, Minister Suresh Prabhu through video conferencing shed light on AI. The Minister said, “India is keen to take AI as the thrust area and looks forward to implementing AI in all governance and across the industry.”

Also, he said that the Govt. of India will provide complete support for the AI industry n order to create and maintain a startup ecosystem in the nation that promotes innovation.

Recently in New Delhi at the International Colloquium on Ethics and Governance of Autonomous AI System for a Better World, minister of commerce & industry and civil aviation, Suresh Prabhu while addressing a gathering said that the Indian Govt. will make use AI in order to make governance better and also, proper regulations and corrective action will be taken to protect citizen’s privacy and ownership of data.

“AI is the technology of today and one who masters this will rule the world,” Prabhu said. “Every country is developing an AI strategy and India too is working on developing a strategy for the use of AI for the common good.”

Addressed at the International Colloquium on Ethics and Governance of Autonomous #ArtificialInteligence Systems. New Ideas and #Technologies have a broader impact in today's society and it must be governed and guided by ethics for a better tomorrow. pic.twitter.com/Aavh7tRlVK

While Talking About New Industrial Policies (2017)

In 2017, while proposing a policy draft to revamp the Industrial Policy of 1991, the Commerce and Industry Ministry not only talked about the new industrial policies but also shed light on AI. He put forward a point that there is a sheer need to see the impact of emerging sectors like AI on jobs and how they would work in a country like India.

In 2017, Suresh Prabhu while addressing the gathering said that India’s growth story looks more promising than ever before. He also stated that the government is not only encouraging emerging industries and modernising traditional industries such as textiles but also boosting adoption of sought after technologies like AI and Robotics in the traditional industries.