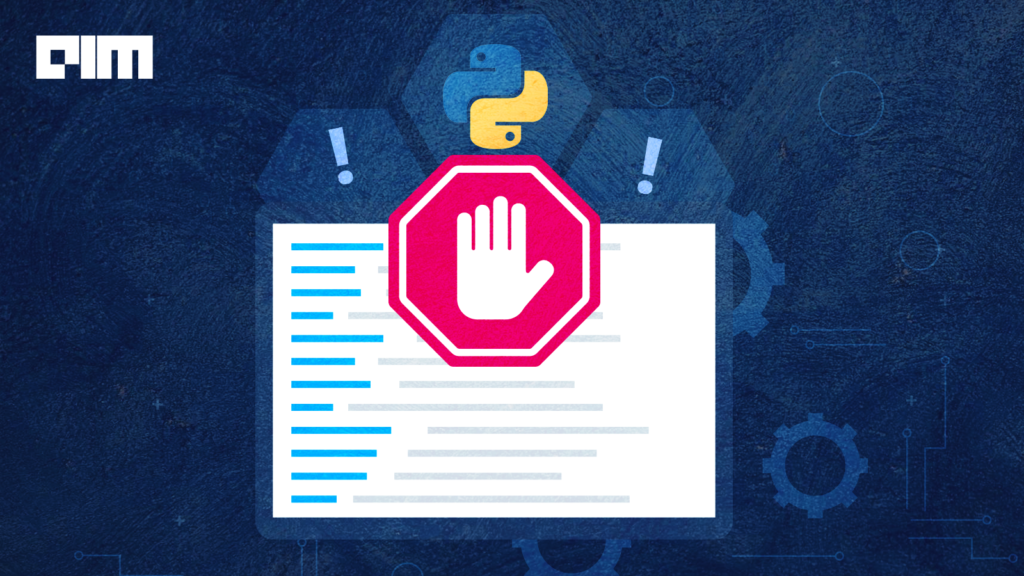 Python is one of the top choices of programming languages for beginners. It is easy to learn, easy to use and can be used for high-level programming. However, once starting to code with Python, one might make avoidable mistakes.

Today, we list some of the Python features and mistakes that are best avoided:

Python is case sensitive, which means, a letter in cap will mean completely different for a variable with the same name but in a small case. For instance, ‘num’ and ‘Num’ are two different variables. It is one of the most common errors made by developers beginning to programme in Python.

Python offers functions that perform the same function, but the execution is different.

For instance, functions sort() and sorted() perform the same task (sorting of arrays), but work differently:

While list1 was sorted in the first line of code, it did not display any output since the sorting was done in place. Whereas in the second line of code, a new list is created that prints the sorted result.

Thus, programmers should be familiar with how each function works in order to get the desired results.

Not using comments and Doc strings

In any programming language, comments form an integral part. The basic job of comments is to make the code self-explanatory and more readable. Docstrings, on the other hand, is a string literal specified in source code, such as a comment, used to document a particular segment of code.

For a long code, no use of comments or doc strings will lead to challenges during debugging. Comments and doc strings can come as a lifesaver to the programmer.

When starting with Python programming, one may not be familiar with the advantages of unit testing. However, once past the ameateur stage, programmers realise the necessity of unit testing. When working on untested code, one might introduce a new error while trying to fix another. Therefore, it is advisable to use test cases and validate implementations as soon as one adds a new feature or a function. Libraries such as unittest and pytest are available for this.

In order to make the code more readable and error-free, a programmer must follow the convention of appropriately naming the code.

Python does not rely on brackets to separate code blocks. Thus, even one indentation mistake can result in unexpected output. This becomes all the more challenging when one is using multiple functions– all in the same code file. Oftentimes, it may not even give an indentation error but can become a serious bug in the code.

In Python, __del__ is a dunder or magic method. Magic methods are ones with two prefixes and suffix underscores in the method name. It is usually used for operator overloading.

__del__ is a destructor method and is called when all references of an object are deleted. That is, when an object is garbage collected.

Init is a reserved method in Python. The __init__ method can be used when an object is created from the class and access is required to initialise the attributes of the class. That is, it is used to set the values of instance members for the class object. However, oftentimes programmers use it to return a value from the init method– not the actual purpose of the method.