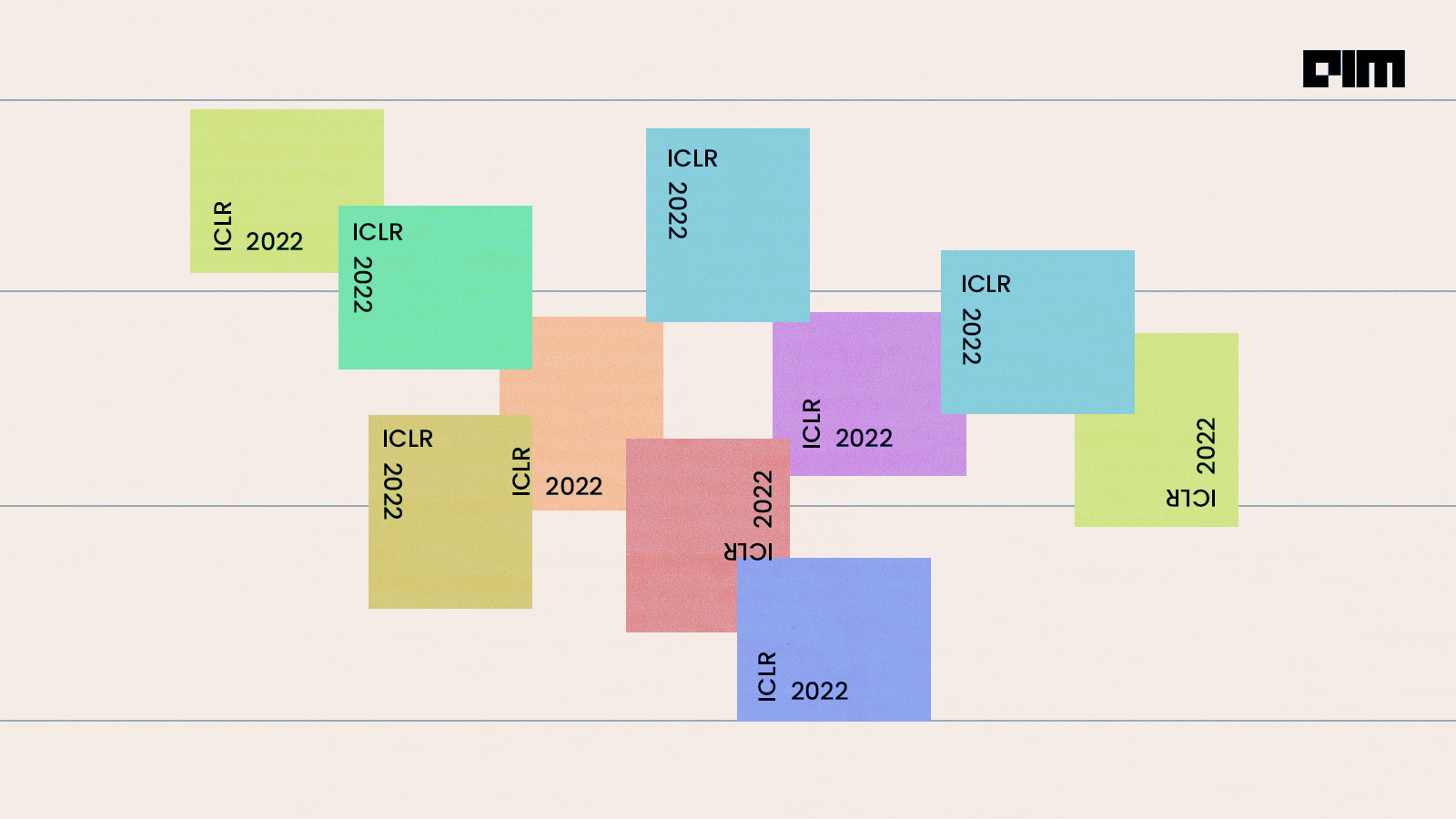 The outstanding papers are listed below:

Diffusion probabilistic models (DPMs)– first proposed by Sohl-Dickstein et al., 2015–fall under the class of generative models. The problem comes in with the inference of DPMs as it is too expensive since it requires iteration over thousands of timesteps. It needs to estimate the variance in each timestep of the reverse process. Till now, most of the work done on this uses a handcrafted value for all timesteps (Nichol & Dhariwal, 2021).

Here, the researchers of the paper titled, Analytic-DPM: an Analytic Estimate of the Optimal Reverse Variance in Diffusion Probabilistic Models, have proposed Analytic-DPM, a “training-free inference framework that estimates the analytic forms of the variance and Kullback–Leibler divergence (KL divergence) using the Monte Carlo method and a pretrained score-based model.” The researchers also said Analytic-DPM applies to various DPMs like Ho et al., 2020; Song et al., 2020a; Nichol & Dhariwal, 2021) in a plug-and-play manner. Analytic-DPM improves the log-likelihood of various DPMs, produces high-quality samples, and also produces 20× to 80× speed.

Due to these differences, it bounds the sensitivity of each update so that the added noise ensures differential privacy. The researchers showed how setting hyperparameters based on non-private training runs could leak private information. The team also provided privacy guarantees for hyperparameter search procedures within the framework of Renyi Differential Privacy. The results improve on and extend the work of Liu and Talwar (STOC 2019).

CNNs have wide applications in image and text classification, speech recognition, translation etc. The paper, Learning Strides in Convolutional Neural Networks, addresses a critical issue while using CNNs – setting the strides in a principled way instead of trials and errors.

What do you mean by Stride?

DeepAI defines “stride” as a neural network’s filter parameter that modifies the amount of movement over the image or video.

Inspired by the work titled Spectral Representations for Convolutional Neural Networks, the researchers proposed “DiffStride, the first downsampling layer with learnable strides”. Instead of cropping with a fixed bounding box controlled by a striding hyperparameter, DiffStride learns the size of its cropping box through backpropagation.

In the paper titled, Expressiveness and Approximation Properties of Graph Neural Networks, the researchers proposed a tensor language-based technique to analyse the separation power of general GNNs. The approach also provides a toolbox with which GNN architecture designers can analyse the separation power of their GNNs without the need to figure out the intricacies of the WL-tests.

Quantifying the discrepancy between two probability distributions is a huge challenge in machine learning. The paper, Comparing Distributions by Measuring Differences that Affect Decision Making, introduces a new class of discrepancies based on the optimal loss for a decision task. By suitably choosing the decision task, it generalises the Jensen Shannon divergence and the maximum mean discrepancy family.

By applying this approach to two-sample tests and various benchmarks, the team has achieved superior test power compared to competing methods.

The paper titled Neural Collapse Under MSE Loss: Proximity to and Dynamics on the Central Path says during the neural collapse, last-layer features collapse to their class-means while the class-means collapse to the same Simplex Equiangular Tight Frame. The classifier behaviour collapses to the nearest-class-mean decision rule.

The paper proposes a new theoretical construct of “central path”, where the linear classifier stays MSE-optimal for feature activations throughout the dynamics.

Meta-learning essentially means ‘learning to learn‘. The paper titled, Bootstrapped Meta-Learning, outlines a few challenges that crop up in meta-learning. Meta-learning is challenging because it must first be applied to evaluate an update rule. And it comes with high computational costs. Several challenges in meta-optimisation degrade the performance. The researchers have proposed an algorithm that lets the meta-learner teach itself.

The algorithm first bootstraps a target from the meta-learner and then optimises the meta-learner by minimising the distance to that target under a chosen (pseudo) metric. The bootstrapping mechanism can extend the effective meta-learning horizon without requiring backpropagation through all updates. The researchers achieved new state-of-the-art for model-free agents on the Atari ALE benchmark and showed that it yields both performance and efficiency gains in multi-task meta-learning.