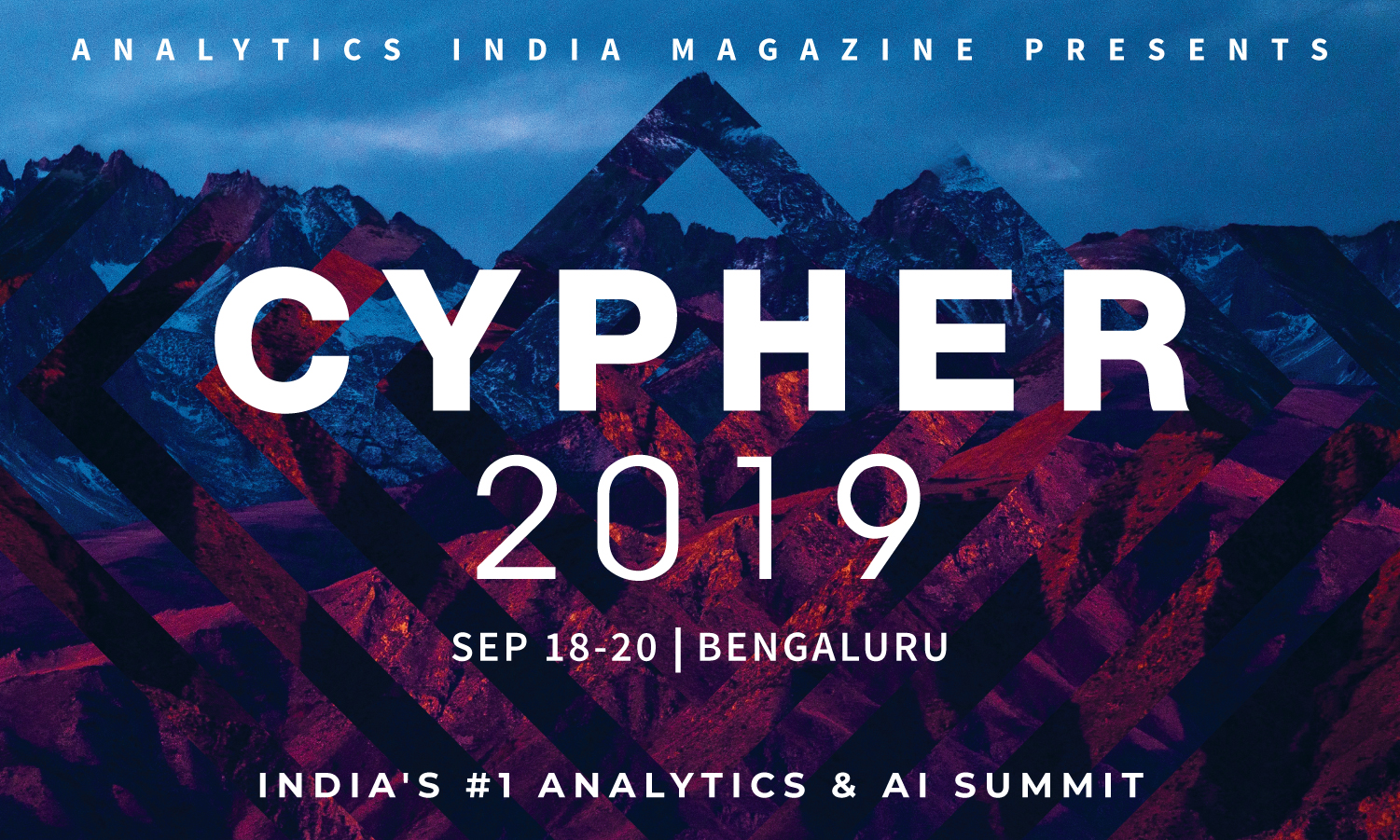 Cypher, Analytics India Summit is in its fifth year and we could not be more excited. Throughout its five years of journey, there have been many milestones and accomplishments that make it one of the most sought after event for the analytics community. While in our earlier article we gave a brief of our 5-year journey, in this article we bring to you 8 interesting facts about Cypher that you probably never knew before.

1| The name Cypher comes from Cipher which typifies a code. The name was inspired by the classic book The Da Vinci Code by renowned author Dan Brown.

2| Cypher met with astounding success in the first edition and since then has grown to become the most influential analytics summit for India Inc. But it may come as a surprise that the very first edition which was a major success was conducted by a team of two! Over the last five years, Analytics India Magazine has now grown to become a 17-member team.

3| Cypher was launched as a 1-day event with 3 parallel sessions. Judging by the soaring popularity and success it garnered in the first edition, the conference has evolved into a 3-day summit.

4| Just in five years, the number of delegates has tripled and quadrupled. The conference which started with participation from 200 attendees in the first edition now witnesses more than 800 registrations.

5| With its parallel sessions and content generation of more than 70 hours, Cypher is one of the most awaited summits in the emerging tech field. Post the summit, the team hosts all the content (keynotes and Tech Talks) on YouTube for the community to access it anytime.

7| Not just the number of attendees but the number of speakers at Cypher have increased over the last five years. Cypher boasts a line-up of 100+ speakers in each edition, which is increasing every year.

8| Cypher combines intense sessions on emerging tech such as AI, analytics with fun-filled activities and networking dinner. The participants get a chance to win exciting prizes ranging from the likes of ipads to bose speakers and much more.

About Cypher: The 3-day conference for AI and data science professionals and innovators is slated to take place from 18-20 September 2019 at Hotel Radisson Blu (formerly Hotel Park Plaza), Bangalore. We are expecting a line-up of 100+ speakers, 70+ talks and attendance from more than 400 organisations.

Cypher 2019: Ten Talks You Definitely Must Attend This Year