9 Startups In India Working On Self Driving Technology 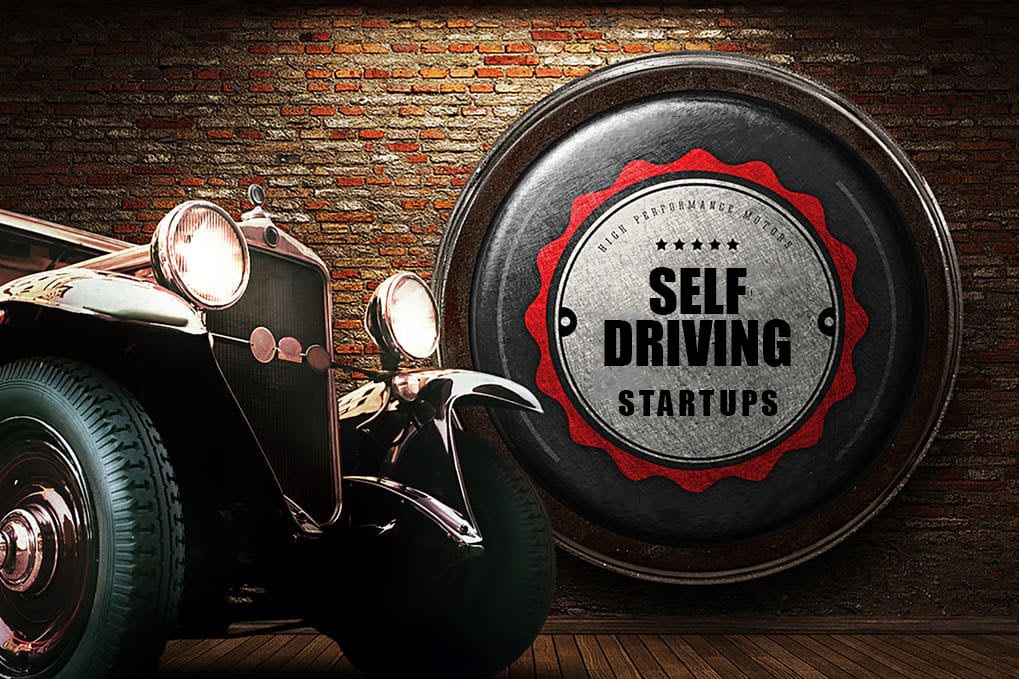 Developing modular self driving technology for new and existing commercial vehicles, this Bangalore based autonomous truck driving startup converts/ transforms normal truck into a driverless truck. It aims to facilitate features like cruise control, lane keeping, collision avoidance, keeping a check on accidents, higher efficiency, amongst others in a much cost effective manner. The team which is looking to bring the product in the range of $3,000-$4,500, will depend on the level of features that a customer wants. With an aim to democratize autonomous systems, the 16-member startup is developing the autonomous system without using Lidar—an incredibly must-have component of most autonomous vehicles. Instead their vision algorithms can be used with any cheap cameras with a much quicker response rate. It was founded by Pranav Manpuria.

Fisheyebox, a tech startup based out of Kolkata is making India a frontrunner in the global race of self driving and has autonomous Celerio to flaunt. The project Aerodrive by the startup is aimed at making relatively low tech car loaded with cameras, sensors and antennae to present a modified version of the car to the world. With a budget of INR 20 Lakh, though the project may seem rudimentary and basic compared to other models globally, they are looking for investments to jump from a ‘proof of concept’ stage to the next level. Run by a joystick, the car is packed with voice recognition software that runs on a ‘Start engine’ voice command. Headed by Pinaki Laskar, Fisheyebox’s driverless car comes with AIOS, car operating system, technology innovation that has made its trail run. 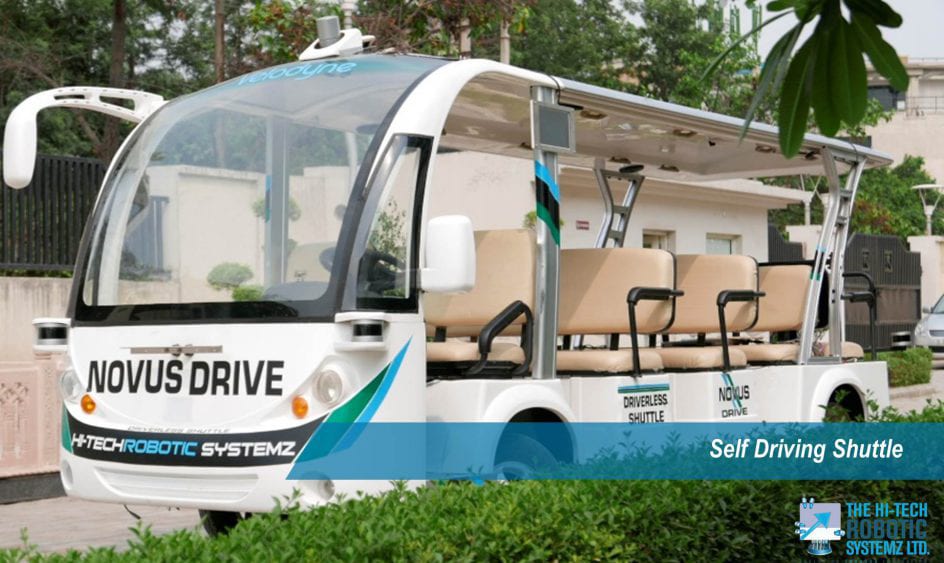 With a focus on enriching human life through smart robotics, Gurgaon headquartered Hi Tech Robotic Systemz is taking driverless vehicles in India a notch higher. Novus –Drive, a completely autonomous electric vehicle by the company was launched in the Auto Expo Motor show 2016 in India. This completely autonomous car lets the passengers set destination on the map, check details of destination drop off location, use snooze button to the stop vehicle, have Cloud Based Intelligence for a fleet management system and audio/visual alerts in case of emergencies. With a team size of 200+ across India, it offers core competencies in machine learning, sensor fusion, computer vision technologies, motion planning and control, amongst others.

This Bangalore based startup has been founded by V. Vinay, Saurabh Chandra and Saad Nasser, a young engineer who has dropped out of school to become an entrepreneur. They are into designing autonomous electric cargo vehicles, with a major focus on customers outside India. With an interest to take the road ‘never taken before’, these founders came together to make new kind vehicle, which they call mule internally. This autonomous and all-electric car brings together the technology along with business opportunity within it. 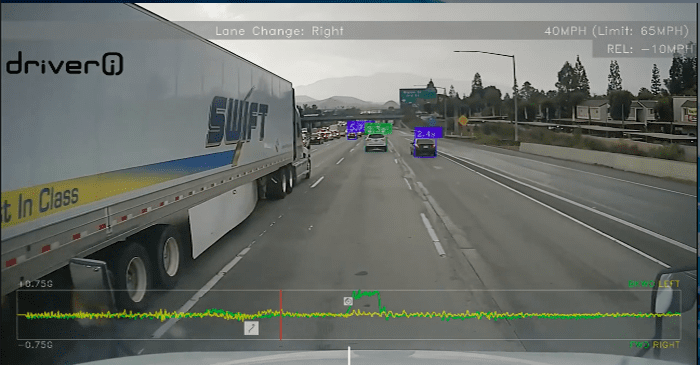 Founded by Avneesh Agrawal, a former Qualcomm Inc. president for India and South Asia, and David Julian, a former principal engineer at the US-based chip-maker, Netradyne uses artificial intelligence to improve road and driver safety. Based out of Bengaluru and San Diego, US, Netradyne offers a powerful camera that analyses driving patterns and can help determine the cause of accident. The device called Driveri is the size of a soap bar and is attached to vehicle’s rear view mirror and rests on the inside of windscreen, pointing towards road. Its intelligent and situationally aware cameras connect the devices around the world. 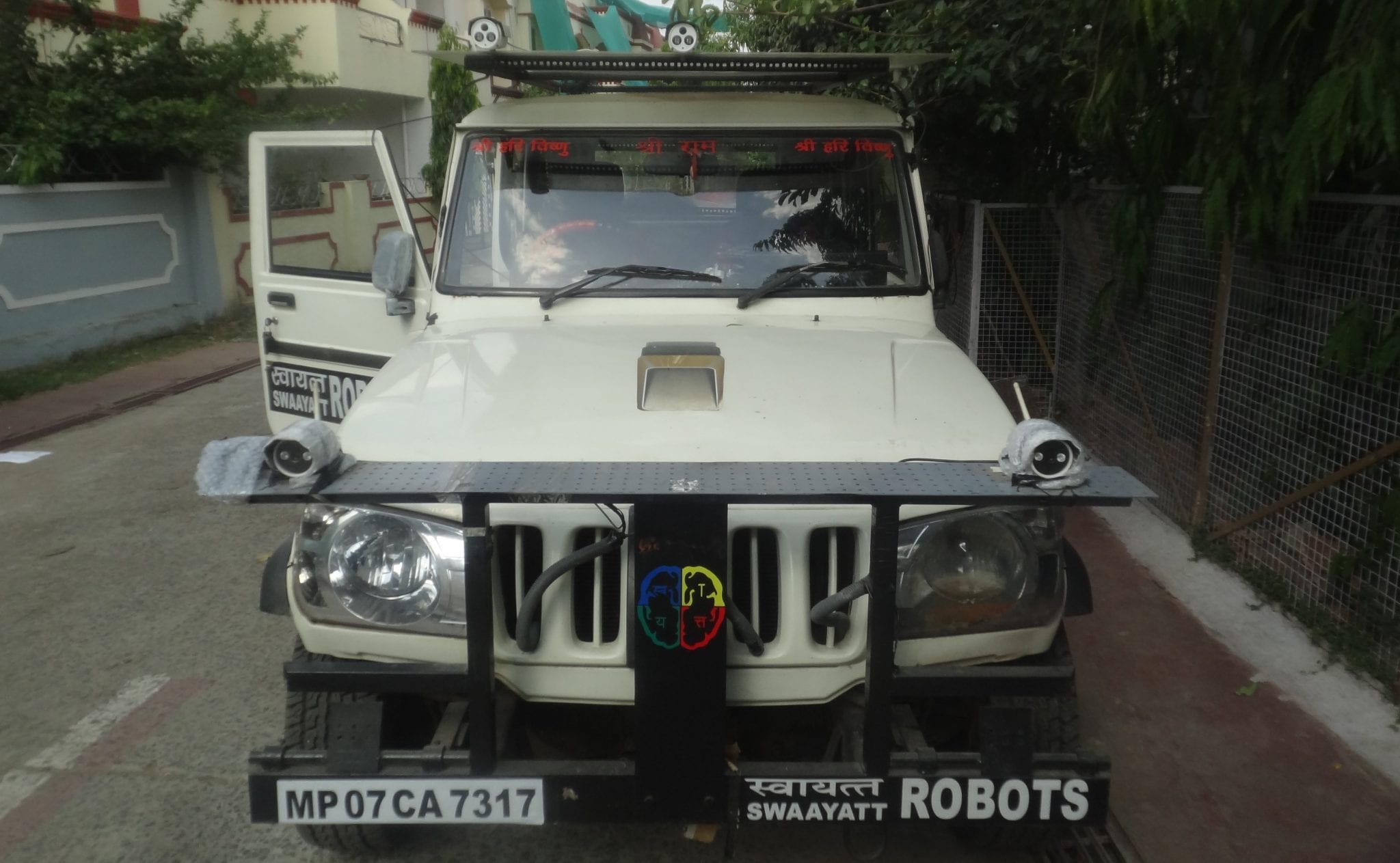 Making technologies like LIDAR and RADAR redundant, Swaayatt robots is developing on-and off roads self driving technology that works in extremely difficult traffic scenarios and in unstructured environmental conditions such as in India. The technology by this startup enables self driving vehicles to perceive their environments using off-the-shelf cameras. Founded by Sanjeev Sharma, an IIT Roorkee alumnus, the navigation module by Swaayatt is designed in such a way so as to handle previously unseen environments with much ease. Working on GPS denied environments, it can produce high speed trajectories even in cluttered environments. He is currently using Mahindra Bolero to test the technology. 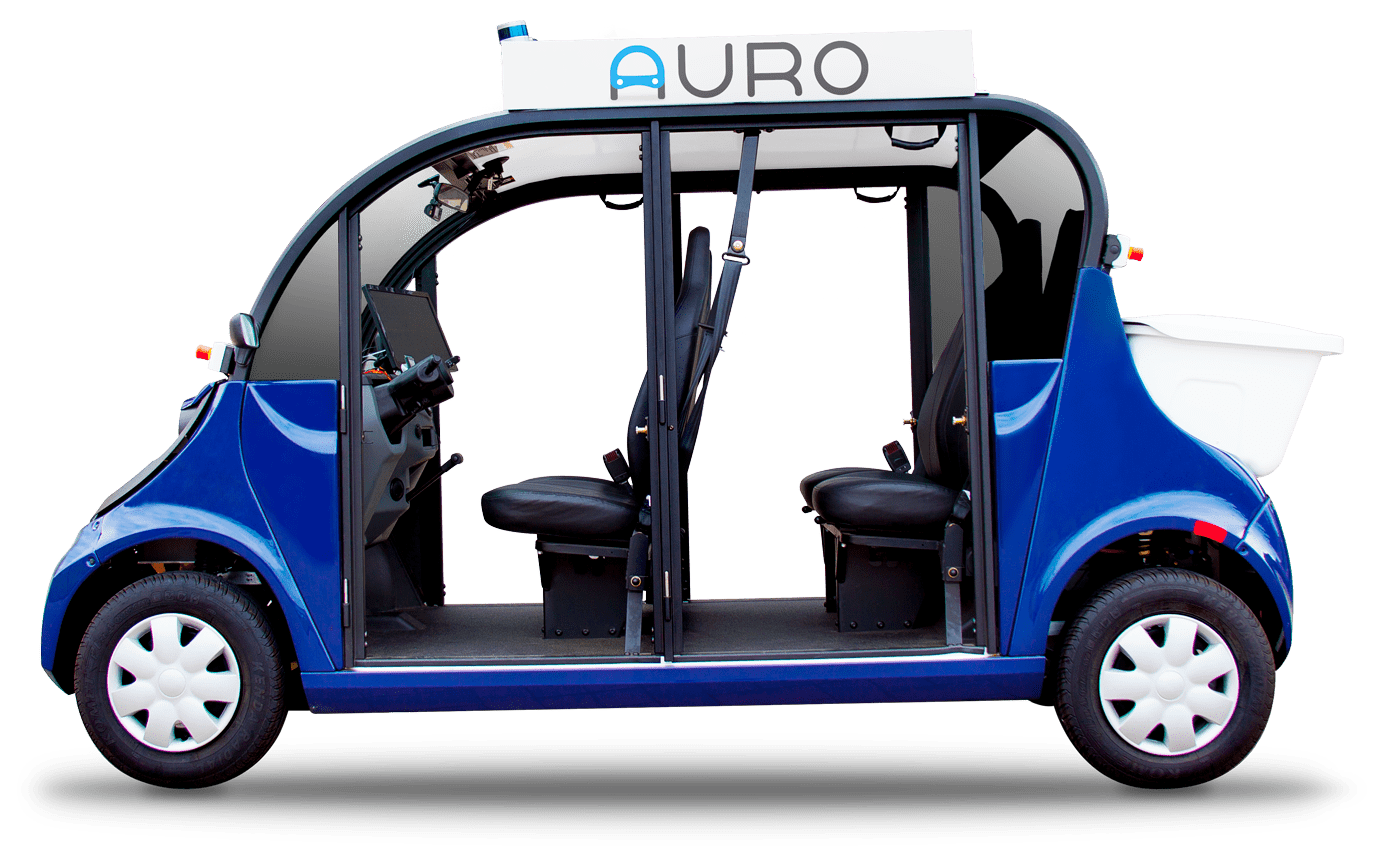 Run by IIT Kharagpur alumni, Auro Robotics is working on autonomous shuttle that is currently being running in the University of Santa Clara with multiple campus trials ongoing. With an aim of bringing self driving solutions into college campuses, corporate parks, residential communities, and other private-road settings, it is working on enabling end-to-end self-driving shuttles in these areas. The electric shuttle by the team relies heavily on LIDAR, a sensor technology that uses laser light for localization and spotting anomalies. The Auro Robotics team is currently working on two separate models of their shuttles, so that that depending on the needs of the area, vehicles can either follow closed loop route with predefined stops or can be called on-demand to pick and drop at user defined location.

India’s one of the leading robotics provider, apart from building drones for industrial inspections, it is working relentlessly in the area of driverless cars. It uses a combination of ID Laser sensors, stereo cameras and combine their data through sensor fusion to generate 3D maps. They also have plans to deploy monocular camera for detecting traffic lights and decoding road signs. They also aim to use machine learning and deep learning to enhance vehicle performance and are striving hard to achieve precision localization.

Autonomous ground vehicle by IIT Bombay’s Innovation Cell, nailed the fourth spot globally in the Intelligent Ground Vehicle Competition (IGVC) 2016, beating other universities from across the globe. The team is looking forward to use GPS/INS, LiDAR and stereo cameras to gather information about the immediate environment at the right range. 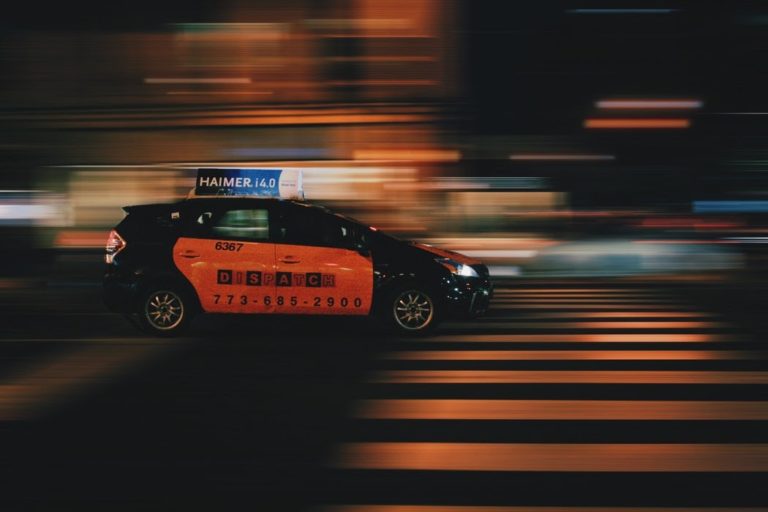 Aurora Innovations, an autonomous vehicle company, based out of Silicon Valley, recently announced its acquisition 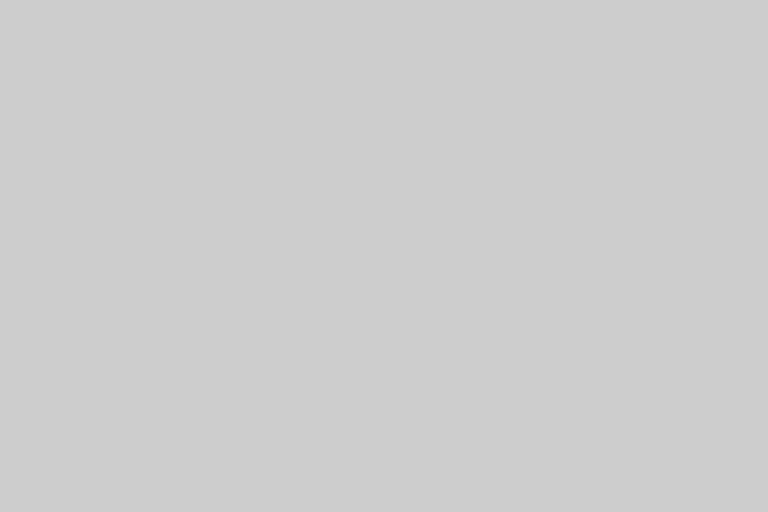 Can Tesla’s Speculated Indian Debut Drive A Shift Towards Electric Mobility In The Country?

In November last year Elon Musk, the founder of Tesla, one of the world’s leading 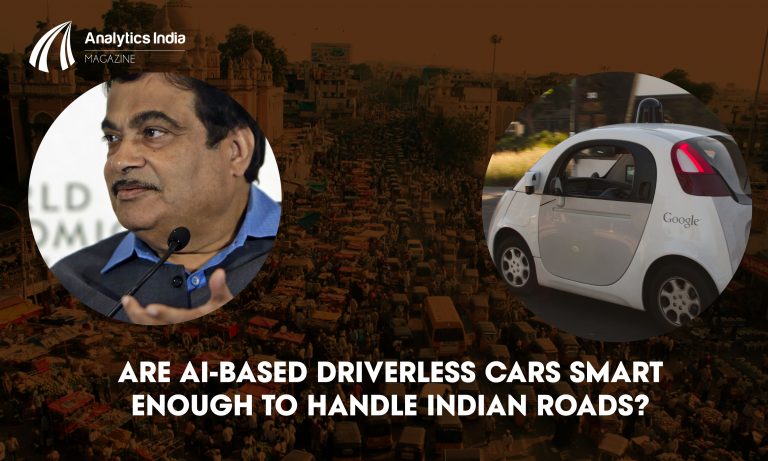 Earlier this week when Nitin Gadkari, Minister for Road Transport and Shipping, said that driverless 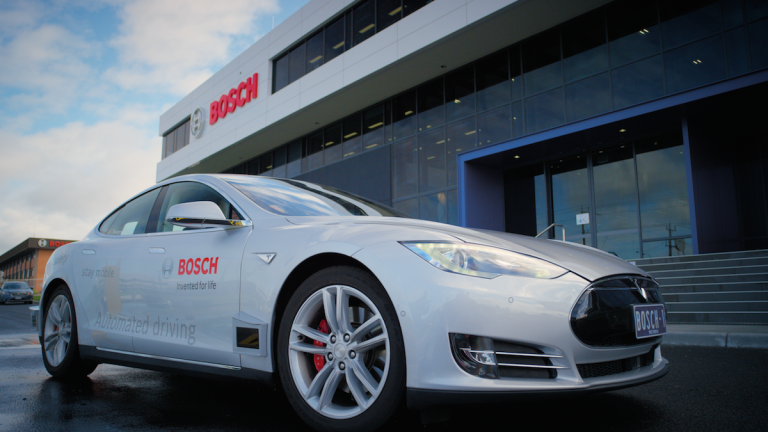 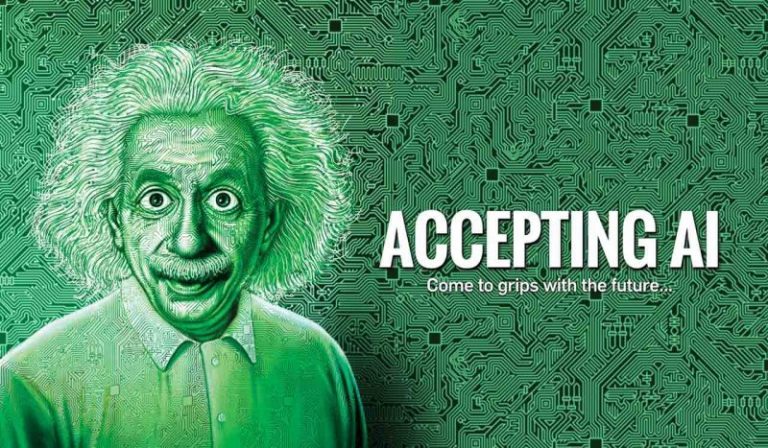 Is fear mongering of AI setting us back in the space?

There has been a constant fear lurking around the AI landscape, which has raised several

Driverless Cars could be soon noticed plying on India’s streets