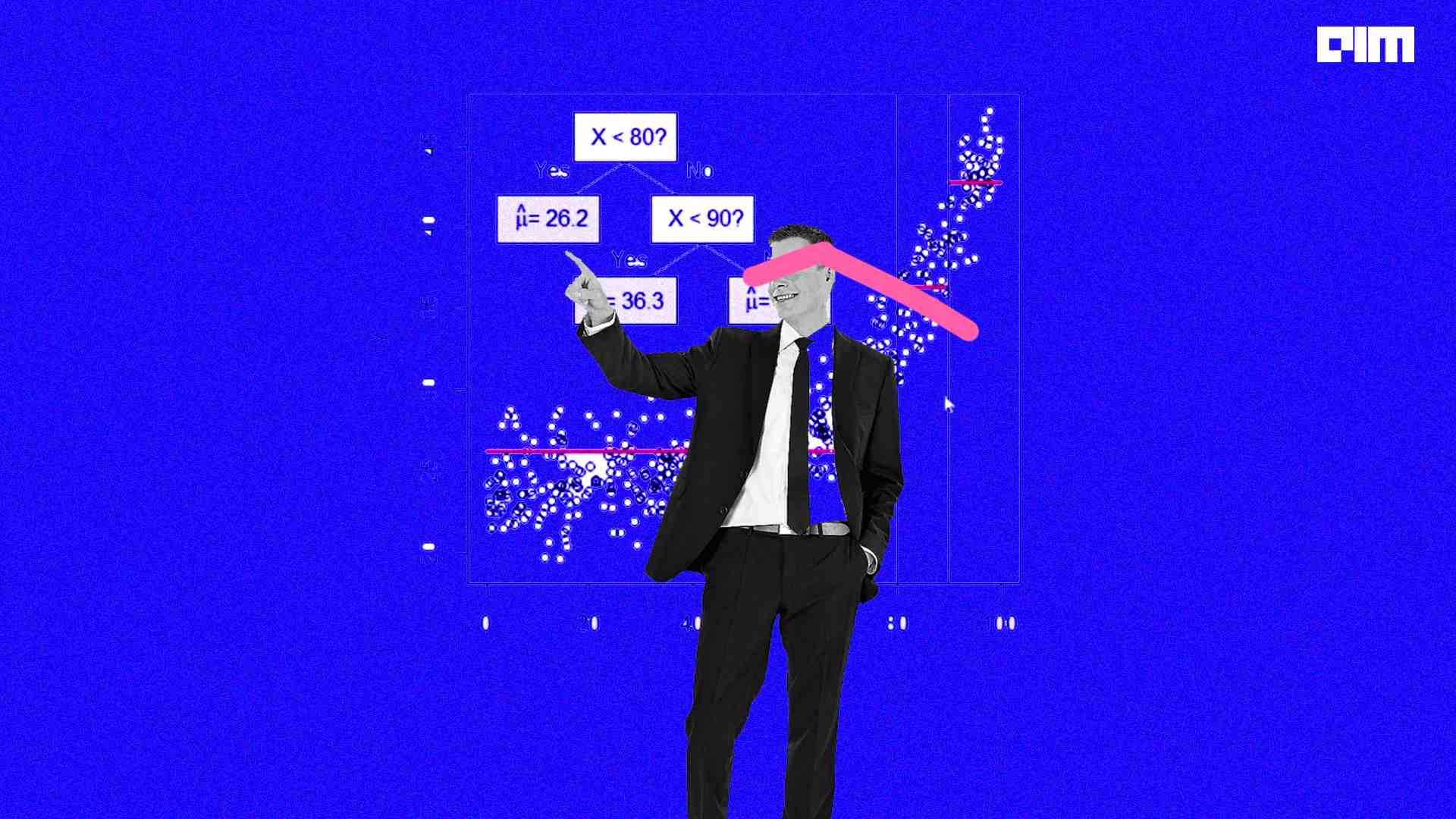 BART (Bayesian Additive Regression Tree) is an ensemble technique based on the Bayes theorem which is used to calculate the posterior probability. Fitting and inference by this model are accomplished via an iterative Bayesian backfitting Monte Claro and  Markov chain algorithm that generates samples from a posterior. Based on prior and likelihood, the output/predictions are generated. Full posterior inference can be performed using this approach, including point and interval estimates of the unknown regression function as well as the marginal effects of potential predictors. In this article, we will have a detailed introduction to BARTs with their working mechanism. Following are the points and plots that this article will cover.

Ensemble techniques have become popular for both regression and classification problems. To understand BART first you need to understand posterior probability in Bayesian statistics.

P(A) = the prior probability of A occurring

P(B) = the probability of B occurring

BART stands for Bayesian Additive Regression Trees. It is a Bayesian approach to nonparametric function estimation using regression trees. Regression trees rely on recursive binary partitioning of predictor space into a set of hyperrectangles to approximate some unknown function.

By keeping individual tree effects small, we can regularize the fit by imposing a prior on the sum-of-trees model. The inferences obtained from BART are based on successive iterations of the back fitting algorithm which are effectively an MCMC sample from the induced posterior probability over the sum-of-trees model space. Building a sum of trees and regularization of prior are the two major things that define the BART model.

How sum of trees are built?

The parent node is binary splits of the predictor space where A is a subset of the range of continuous components associated with each terminal node (x) denoted as of the form {x ∈ A} vs {x /∈ A}. After the association is done each association is assigned a value represented by μ.

μ= the value assigned to all the association,

ε ~ N(0,σ2) the distribution of the data with mean 0 and variance as calculated (approximately normal distribution).

Hence a single tree is formed now by adding all the trees a sum of trees is formed.

μj= the value assigned to all the associations for jth tree

Why priors are regularized?

Large tree components would overwhelm the rich structure of trees, thereby limiting the advantages of the additive representation both in terms of function approximation and computation. To overcome this effectively regularize the fit by keeping the individual tree effects from being unduly influential. There are five major objectives of regularization of priors:

When the probability distribution is parametric then this technique of randomness can’t be used so the Markov Chain of sampling comes into play.

When the algorithm initializes the chain with a certain number of simple single node trees, and then iterations are repeated until satisfactory convergence is obtained. At each iteration, each tree may increase or decrease the number of terminal nodes by one, or change one or two decision rules. Each µ (refer to the above equation of tree building) will change (or cease to exist or be born), and σ (variance) will change.

It is not uncommon for a tree to grow large and then subsequently collapse back down to a single node as the algorithm iterates. The sum-of-trees model, with its abundance of unidentified parameters, allows for “fit” to be freely reallocated from one tree to another. Because each move makes only small incremental changes to the fit. Simply imagine sculpting a sculpture by adding and subtracting small dabs of clay, that is the same thing happening here.

Ultimately these two techniques are used by the MCMC algorithm to derive the posterior probabilities and use those probabilities to predict the outcome.

How to use BART for classification?

BART is ready to be used for a regression problem where the output is in a continuous format. However, for a binary problem where output is a categorical variable (= 0 or 1), it needs to be changed to achieve classification. For this extension of BART, we need to impose a regularization before μ (refer above equations) to implement a Bayesian backfitting algorithm for posterior computation. By shrinking the μ we can regularize the value and the backfitting MCMC algorithm can further be used to classify the binary data.