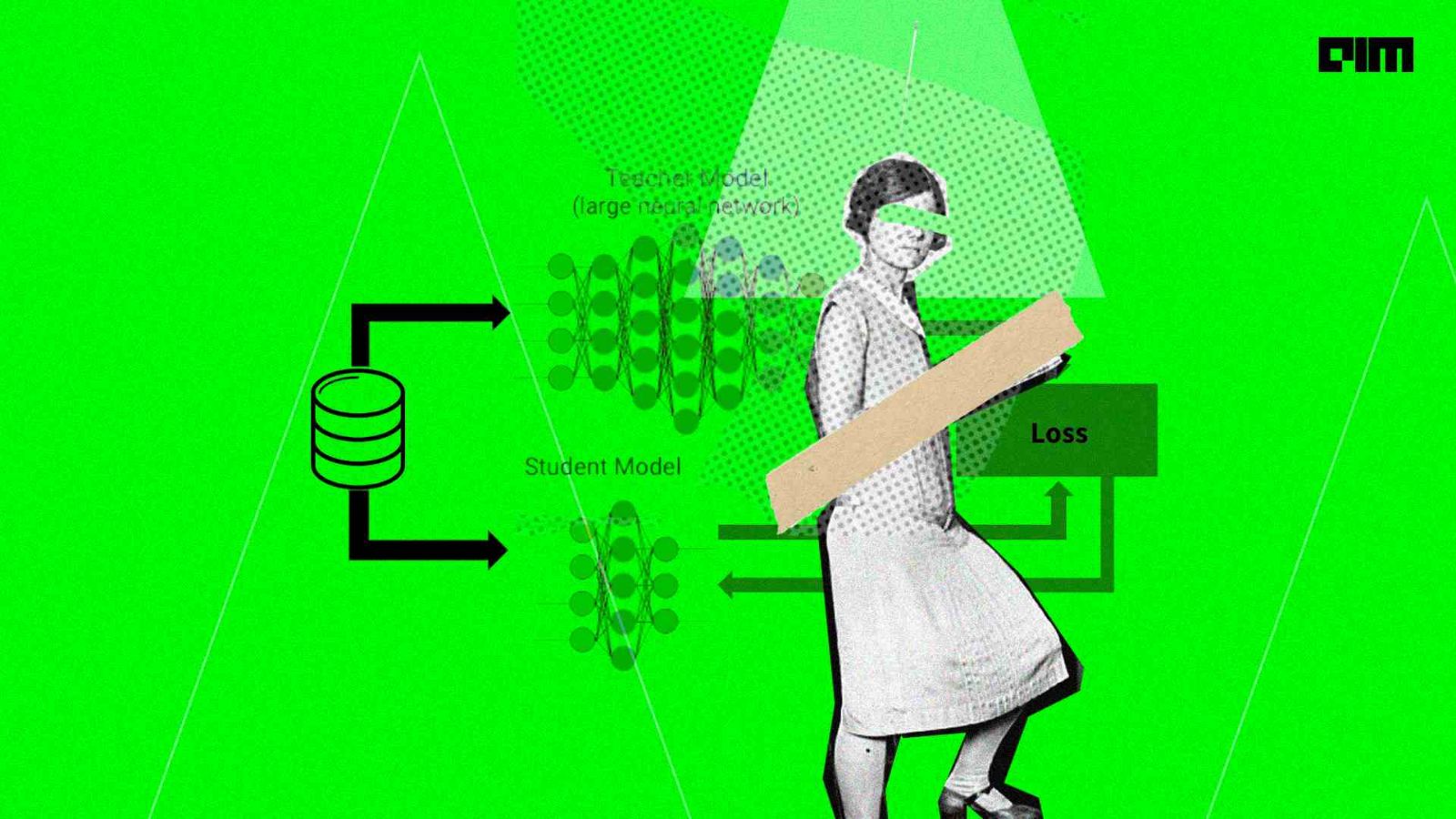 By the emergence of deep learning in the large size of data, the true usage of the data has been boosted and deep learning does this by traversing those data on millions of parameters. But this has made an additional requirement of the computation resources such as GPU and these resources are not available at the cutting edge devices such as mobile phones. To counter this issue researchers have introduced many compression techniques such as Knowledge Distillation which is the process of converting complex model behaviour to smaller one in terms of a number of parameters. So in this article, we will take a look at knowledge distillation and will discuss its context briefly. Below are the major points listed that are to be discussed in this article.

What is knowledge distillation?

In machine learning, knowledge distillation refers to the process of transferring knowledge from a large model to a smaller one. While huge models (such as very deep neural networks or ensembles of multiple models) have larger knowledge capacity than small models, this capacity may not be utilized to its full potential.

Even if a model only employs a small percentage of its knowledge capacity, evaluating it can be computationally expensive. Knowledge distillation is the process of moving knowledge from a large model to a smaller one while maintaining validity.

Smaller models can be put on less powerful hardware because they are less expensive to evaluate (such as a mobile device). Knowledge distillation has been utilized successfully in a range of machine learning applications, including object detection.

As illustrated in the figure below, knowledge distillation involves a small “student” model learning to mimic a large “teacher” model and using the teacher’s knowledge to achieve similar or superior accuracy.

In general, the size of neural networks is enormous (millions/billions of parameters), necessitating the use of computers with significant memory and computation capability to train/deploy them. In most cases, models must be implemented on systems with little computing power, such as mobile devices and edge devices, in various applications.

However, ultra-light (a few thousand parameters) models may not provide us with good accuracy. This is where Knowledge Distillation comes into play, with assistance from the instructor network. It essentially lightens the model while keeping accuracy.

Major parts of the technique

The Teacher and Student models of Knowledge Distillation are two neural networks techniques.

An ensemble of separately trained models or a single very large model trained with a very strong regularizer such as dropout can be used to create a larger cumbersome model. The cumbersome model is the first to be trained.

A smaller model that will rely on the Teacher Network’s distilled knowledge. It employs a different type of training called “distillation” to transfer knowledge from the large model to the smaller Student model. The student model is more suitable for deployment because it will be computationally less expensive than the Teacher model while maintaining the same or better accuracy.

According to Knowledge Distillation: A Survey research paper there are three major types of knowledge distillation I,e response-based, feature-based, and relation-based distillation. Let’s discuss them briefly.

Response-based and feature-based knowledge both use the outputs of specific layers in the teacher model. Relationship-based knowledge enlarges the connections between different layers or data samples. A flow of solution process (FSP) defined by the Gram matrix between two layers was used to investigate the relationships between different feature maps.

The feature map pairs’ relationships are summarized in the FSP matrix. It is calculated by taking the inner products of the features of two layers. Singular value decomposition is used to distil knowledge, with correlations between feature maps serving as the distilled knowledge. This relationship can be summarized as a relationship between feature maps, graphs, similarity matrices, feature embeddings, and probabilistic distributions based on feature representations. The paradigm depicts in the below figure.

The distillation modes (i.e. training schemes) for both teacher and student models are discussed in this section. The learning schemes of knowledge distillation can be directly divided into three main categories, depending on whether the teacher model is updated simultaneously with the student model or not.

Given recent advances in deep learning, a wide range of pre-trained neural network models that can serve as the teacher, depending on the use case, are freely available. Offline distillation is a well-established technique in deep learning that is also simple to implement.

In self-distillation, the same networks are employed for the instructor and student models. This is a sort of online distillation in which knowledge from the network’s deeper levels is distilled into the network’s shallow layers. Knowledge from the early epochs of the teacher model can be transferred to its later epochs to train the student model.