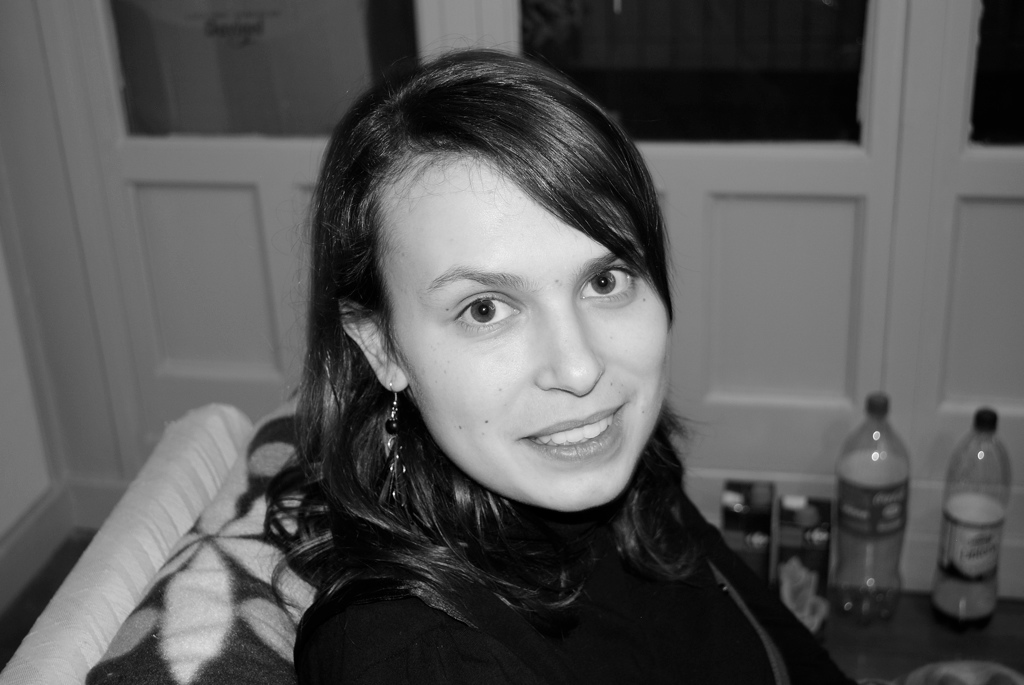 Bengaluru traffic can be quite a challenge to mitigate if you do not plan ahead and start several hours early to reach your workplace on time. Despite having the liberty of flexible office hour, Marion Roussel doesn’t like to take chances. Even though her work starts only at 10 am, she is at her office between 9:15 and winds up her work a little late, leading us to believe that she might be the best contender of ‘Best on Time Employee’ at Capital Float, that is if they do have one.

Roussel is as a Senior Decision Scientist at Capital Float and for this week’s edition of ‘Day In The Life Of‘, we caught with up her to know more about her role as a data scientist in India and about her interesting observations about the country. Originally from France, she has been working in India for the past two years and her responsibility as a decision scientist requires her to lead a team and work on multiple projects at a time.

For Roussel, a weekday starts as early as 7.30 am and stretched up to 6.45 pm. Due to heavy traffic during the rush hour, she leaves for work quite early in the mornings. “I generally spend 35 minutes commuting if I leave home before 8:45 am. Bengaluru traffic can be hard to negotiate; hence I try to commute early morning not to end-up spending one hour in traffic jams,” Roussel says about the city’s infamous traffic.

Capital Float is a digital finance company that creates models that aim to help or replace human intervention in underwriting loans. Her primary role at Capital Float is to ensure that her team have all the tools and skills to build reliable models for the company. As a PhD holder in statistics and modelling, her expertise and knowledge are regularly sought in the subjects as well. “I am sometimes working on building models myself when I get time. At Capital Float, every modelling person is building a model from A to Z, meaning from understanding the requirement of specifying the project, including data preparation, model building and validation, to model monitoring. It is very rewarding to see our ideas being deployed and used by the company in a very short time span,” she says.

Since her work is largely sedentary, she feels that working out and remaining fit is rather important. She is also a regular practitioner of yoga, something she discovered after moving to India. An avid travel enthusiast, she also finds joy in travelling the length and breadth of India, “My hobby is travelling, and India has so much to offer. I like backpacking and we used to get out of Bangalore every alternate weekend, either by night train or flight. Some places that I particularly liked: Goa, Hampi, Amritsar, Coonoor and many others,” she adds.

Roussel who maintains an active social life believes that the key performs well in work is to have a good work/life balance. Since team building and interaction is crucial at her workplace, Roussel can be seen hanging out with her colleagues and or catching up for a game of badminton occasionally. During our conversation with her, she is careful to not speak anything out of context about the country or culture, though one thing she pointed out is the short lunch break. It is no secret that the French love their food and enjoy good conversations over a long lunch, although she has adapted to the quick 30 minutes lunch break, Roussel point out that she mostly prefer homemade food and occasionally meet up with her friends for home dinners.

At Capital Float, she is currently working on a project to assess customer’s defaulting risk through predictive models, “These models built are using traditional machine learning algorithms as well as more complex deep learning algorithm depending on the type and availability of data. The projects are using diverse modelling techniques and data, that is making the work challenging,” she explains.

For Roussel, data science and modelling have become an indispensable part of her life, so when asked about her five-year-plan, she effortlessly replies, “For sure, the Data Science field is very promising for the future and not only in the finance field. A long-term career in this domain is definitely a good choice.”