A guide to different bias mitigation techniques in machine learning

Bias is the inability to capture the true relationship between the data and the learning line by the machine learning algorithm. It can’t be completely resolved but it could be decreased to a minimum level so that there is a balance between the bias and the variance. 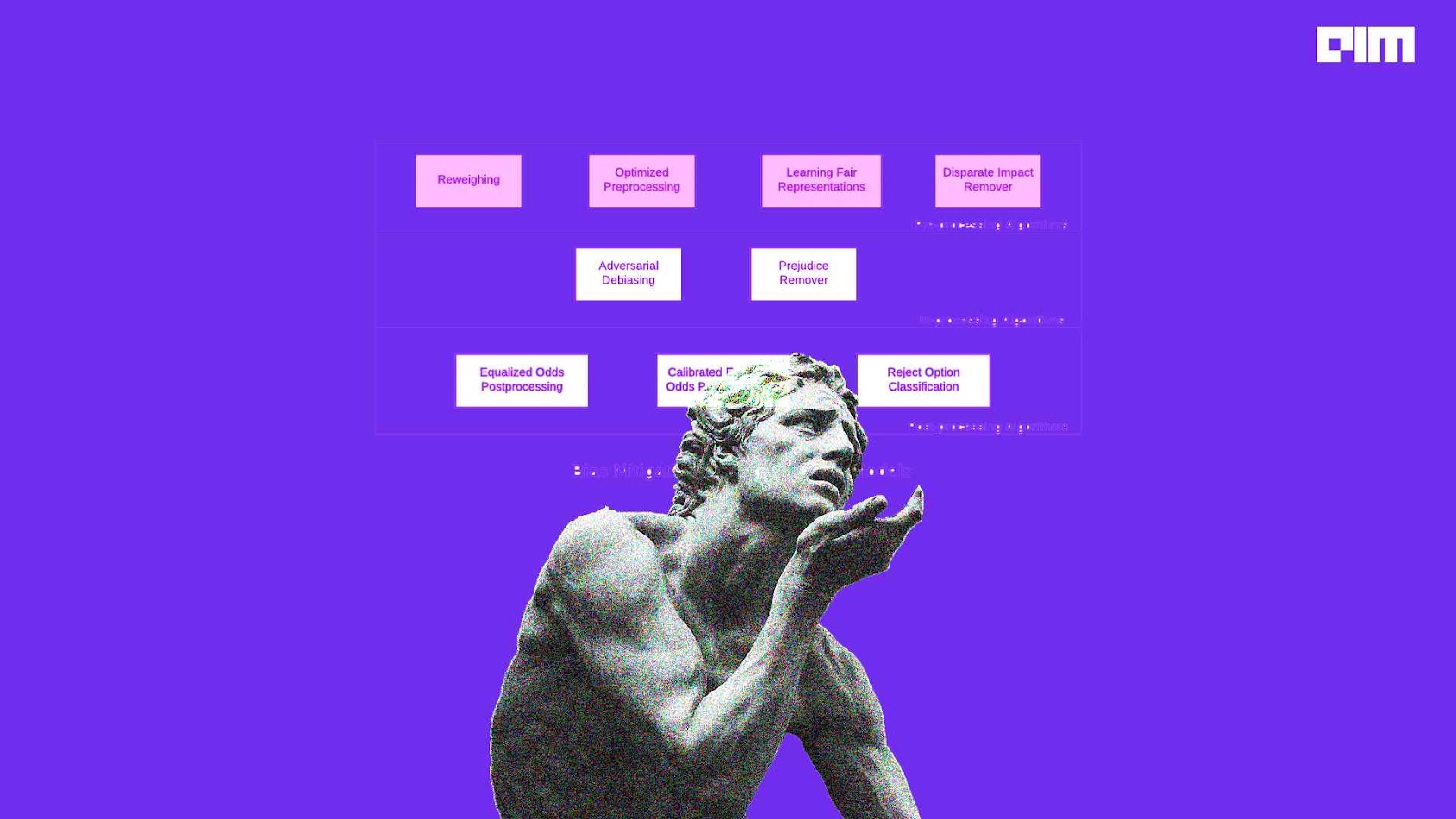 Bias is the inability to capture the true relationship between the data and the learning line by the machine learning algorithm. Bias is like racism in our society: it does favour a certain kind and ignores others. Bias could be introduced at various phases of the model’s development, including insufficient data, inconsistent data collecting, and poor data practices. There are different kinds of bias in general that would be discussed in this article and the ways by which bias could be mitigated from the machine learning algorithm. Following are the topics that would be covered in this article.

Bias can’t be completely resolved but it could be decreased to a minimum level so that there is a balance between the bias and the variance. Let’s start by understanding the reason for the occurrence of bias at the initial levels.

Biases are typically unintentional but their existence can have a substantial influence on machine learning systems and outcomes could be disastrous from terrible customer experiences to fatal misdiagnoses. If the machine learning pipeline contains inherent biases, the algorithm will not only learn them but will also make worse predictions. When creating a new machine learning model, it is vital to identify, assess, and eliminate any biases that may influence the predictions. The above explanation is presented in the form of a chart for better understanding.

Bias may be a human problem, but the amplification of bias is a technical problem, a mathematically explainable and controllable byproduct of the way models are trained. Bias occurs at different stages of the machine learning process. These commonly known biases are listed below:

Mitigation of pre-processing bias starts with training data, which is used in the first phase of the AI development process and often introduces underlying bias. Analysis of the model performance train on this data may reveal disparate impacts (i.e., a specific gender being more or less likely to get car insurance), consider this in terms of harmful bias (i.e., a woman do crashes their vehicle and still they are getting small budget insurance) or in terms of fairness (i.e., I want to make sure that customers are getting insurance unbiased on their genders).

Negative outcomes will likely arise with a lack of diversity within the teams responsible for building and implementing the technology during the training data stage. The way data is used for training the learner moulds the results. If a feature is eliminated according to the team but it could be important for the learner the resultant would be biased.

In-processing models offer unique opportunities for increasing fairness and reducing bias when training a machine learning model. For example, when a bank is attempting to calculate a customer’s “ability to repay” before approving a loan. The AI system may predict someone’s ability based on sensitive variables such as race, gender, or proxy variables which may correlate. This can be overcome by using Adversarial debiasing and prejudice remover.

Post-processing mitigation becomes useful after the model is trained but now wants to mitigate bias in predictions. This could be achieved by using:

However, when augmenting outputs accuracy could be altered. For instance, an algorithm is sorting resumes of applicants, this process might result in hiring fewer qualified men if sorting on equal gender, rather than relevant skill sets (sometimes referred to as positive bias or affirmative action). This will impact the accuracy of the model, but it achieves the desired goal.

Ultimately there is no way to completely eradicate bias from the algorithm, but it could be mitigated with the help of certain techniques as mentioned in the article. This helps to build a balanced biased machine learner.