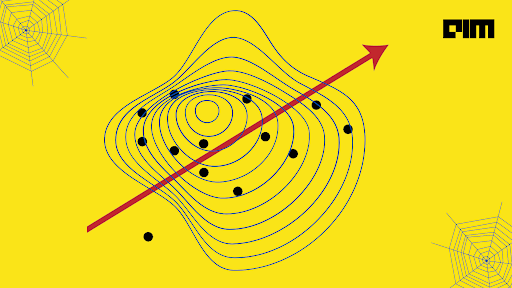 For any supervised learning problem, there are two features one is the dependent variable and the other is an explanatory variable. These explanatory variables could be qualitative which is often known as dummy variables. A dummy variable can either be a binary or non-binary categorical variable. One method of quantifying these attributes is by constructing artificial variables that take on the value of either 0 or 1. In the article, we could learn the effects of artificial variables on the algorithms. Following are the topics that would be discussed.

Let’s start with the understanding of the concept of a dummy variable.

Therefore, it is not necessary to write separate equation models for each subgroup. In an equation, the dummy variables act as ‘switches’ that toggle various parameters on and off. Another advantage of a 0,1 dummy-coded variable is that it can be treated statistically as an interval-level variable even though it is a nominal-level variable.

Let’s understand the problem with these dummy variables that happens due to multicollinearity.

Where is it found?

The problem occurs when all dummy variables / one-hot-encoded features are used to train the model. Due to multicollinearity, it is not possible to train a model that can provide accurate results. It is a trap because weights for each feature are present in the equation of the model so every time the model predicts the output comes with high errors and hence the model is stuck in the trap of error term while producing the output.

Let’s take an example to understand this phenomenon.

For, example there is data related to the employee and there is a department explanatory variable in which there are four different categories listed IT, Accounts, Logistics and Customer Care. Since these are in object data types, I need to convert them into numerical data types to use these as an explanation for the relationship. So, created dummies for these variables named Deparment_IT, Department_Accounts, Deparment_Logistics and Department_CustomerCare. These variables contain 0 and 1 as if there is a presence of that particular variable it will be labelled as 1 otherwise 0.

Let’s understand the process of saving the model from this trap.

To avoid the problem of multicollinearity in the summy variables use a baseline on which these dummy variables are created. So in the above example, take the IT department as a baseline by which this problem could be overcome.

The data is related to the performance of the student achievement in secondary education. Selected only categorical features for this purpose and this dataset is referred from a Kaggle repository which is linked in the reference.

Create dummies without the baseline

Here using the Pandas function get_dummies for creating dummy variables. Since there would be a lot of dummy variables so just for display purposes taking only 15 features.

There are a total of 43 dummy variables created but the problem with these variables is multicollinearity. Because there is no base value for any of these. Let’s set a baseline for every dummy variable by using the function drop_first.

The total number of dummy variables created is reduced to 26 from 43 and the problem of multicollinearity is also reduced.

A dummy variable trap is a multicollinearity problem due to which the algorithm predicts the output with a lot of errors and increases the possibility of overfitting. It is a common mistake to not set a baseline for a dummy variable while creating artificial variables. In this article, we have covered a hands-on discussion on the dummy variable trap and the solution to it.