A hands-on guide to linear discriminant analysis for binary classification 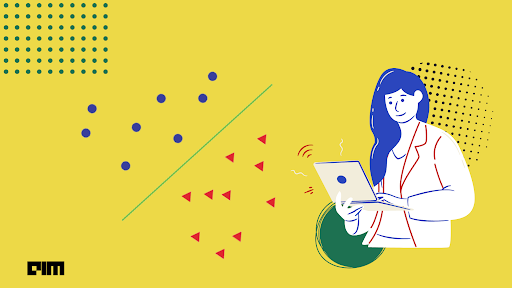 Why was LDA introduced?

To understand the reason for the introduction of LDA first we need to understand what went wrong with Logistic Regression. There are the following limitations faced by the logistic regression technique:

All the above reasons for the failure of logistic regression have been rectified in LDA. Moving further in the article let’s have a brief introduction to our benchmark classifier the Linear Discriminant Analysis (LDA).

Linear Discriminant Analysis is a technique for classifying binary and non-binary features using and linear algorithm for learning the relationship between the dependent and independent features. It uses the Fischer formula to reduce the dimensionality of the data so as to fit in a linear dimension. LDA is a multi-functional algorithm, it is a classifier, dimensionality reducer and data visualizer. The aim of LDA is:

In the above representation, there are two classifications created with data having a fixed covariance. It is explained with the help of a linear relationship line.

Let’s implement LDA on the data and observe the outcomes.

The Linear Discriminant Analysis package is present in the sklearn library. Let’s start with importing some libraries that are going to be used for this article.

There are a total of 14 features including the dependent variable “output”. This data is related to the prediction of chances of having a heart attack.

The model is now trained on the training data and it has predicted values using the test data. Let’s see the performance factors for the precision of prediction.

With help of the above confusion matrix, we can calculate the precision and recall score. We will be using the precision score for this problem because it is the positive predicted value so in this case, the positive is how many patients are suffering from a heart attack.

Our model has a precision of 82% in predicting the patient is suffering from a heart attack. This score is not good because in medical-related problems the model needs to be 99% confident about the decision. So, for improving the model performance the goal is to reduce the False-negative and False positive which is also known as type 1 and type 2 error respectively. In this case, we should focus more on False-negative reduction because they are those patients who are or will be suffering from a heart attack but the model has classified them as negative (non-heart attack patients).