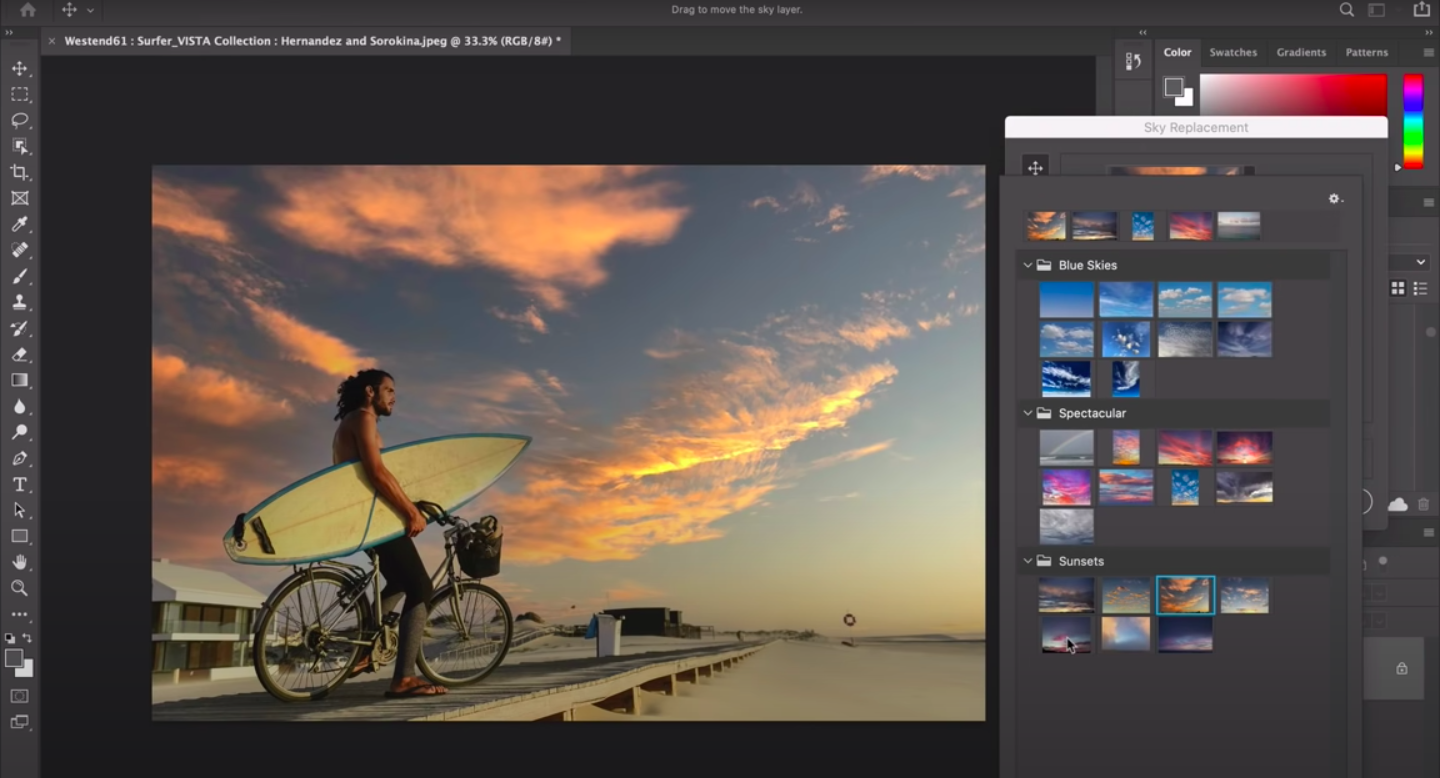 Adobe is introducing an AI-powered sky replacement tool to Photoshop that helps the user to dramatically enhance the sky in a picture with just a few clicks. Way ahead of its Adobe Max conference, the company showcased only a preview of the tool on YouTube.

Traditionally, manually replacing the sky in Photoshop was a tedious task and many times not so efficient. To make this work, users have to load a number of presets of dramatic skies, and the ML algorithms will automatically tweak the temperature, warm or cold, of the foreground to match the new sky. For instance, the user chooses to add in a warm, golden sunset, for example, the advanced technology will automatically update the colouring and toning of the rest of your photograph to match.

While Adobe has been teasing with this technology, this is the first sky-replacement tool. Luminar, in fact, has offered a similar sky-replacement tool last year with similar workflow and application. However, this new adobe tool has claimed to be also enhancing the image with the help of artificial intelligence and machine learning.

This tool will be an addition to Adobe’s Sensei technology’s other extraordinary features, starting from the ability to smoothening the blemishes to making object selection easier. According to the media, this tool could be a big help to Instagram influencers who are always willing to make their travel and sky photos beautiful.

According to Adobe product manager Meredith Stotzne — Adobe’s AI-powered machine learning models would do the heavy lifting of masking and blending, and they use cutting edge algorithms to harmonise the foreground of your image with the sky.

Adobe hasn’t released much information about this tool, but the industry is hoping to learn more about this AI-powered tool in its Adobe Max 2020 conference on 20th October.