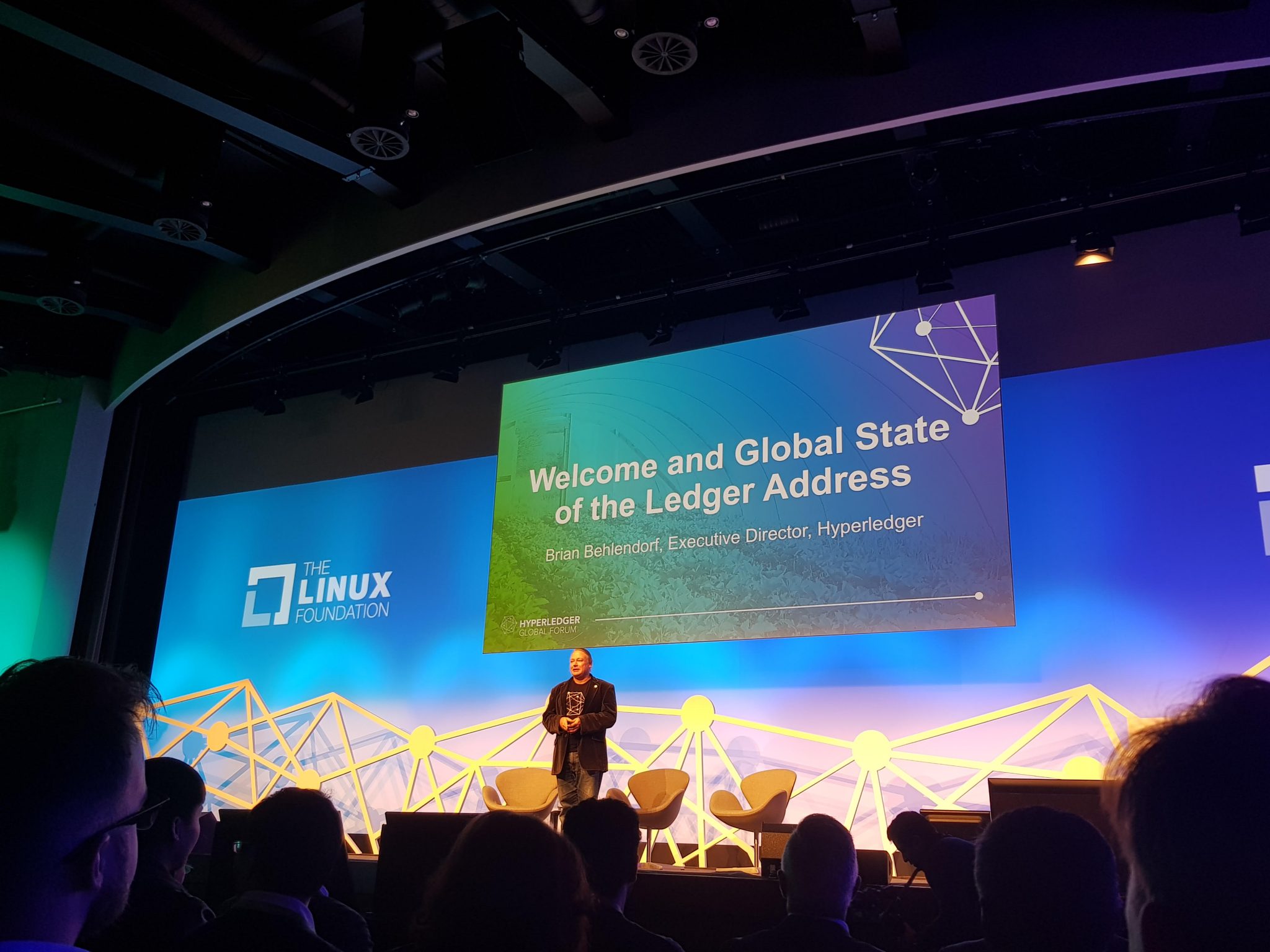 The year 2019 saw the launch of several enterprise blockchain solutions, both in India and across the globe. Here, one of the most important developments was the launch of Hyperledger Fabric 1.4 in January 2019, which was its first long term support release. This was an important milestone in the adoption of enterprise blockchain as maintainers of Fabric network will now provide continuous bug fixes for each following versions. Also, programming model improvements in the Node.js SDK and Node.js chaincode makes the development of decentralized applications more intuitive, allowing developers to focus on application logic.

Hyperledger has been the most prominent open source enterprise blockchain network launched in December 2015 by the Linux Foundation, and receiving contributions from IBM, Intel and SAP Ariba, to support the collaborative development of blockchain-based distributed ledgers. In 2019, apart from its Fabric blockchain product which has been used by hundreds of companies across the globe, Hyperledger Sawtooth also saw adoption from companies like Salesforce, Lamborghini, Target, Cargill.

Apart from using Hyperledger for specific enterprise use cases like supply chain management and distributed applications, other companies tweaked the open source software for serving their own customers. For example, In November 2019, Accenture announced that it developed and tested a solution called Blockchain Integration Framework which allows two or more blockchain enabled ecosystems to integrate and achieve interoperability as an end goal. A tutorial demonstrated sending an asset file between two enterprise distributed ledger networks, namely a generic deployment of Hyperledger Fabric and JP Morgan’s Quorum network using Accenture’s own blockchain interoperability solution, which Accenture has opensourced for all developers. Given there is a large interest among enterprises, India’s tech companies like

As far as enterprise vendors in the blockchain space are concerned, IBM clearly won the race on the global level with innovative launches. In 2019, we saw IBM introducing Trust Your Supplier Network along with blockchain consultancy firm Chainyard. Along with IBM, Fortune 500 companies including Anheuser-Busch InBev, GlaxoSmithKline, Lenovo, Nokia, Schneider Electric and Vodafone are founding participants in the Trust Your Supplier (TYS) network.

Another IBM’s blockchain project called Food Trust added big players in the food sector including Walmart, Nestle, Tyson Foods, French supermarket chain Carrefour, Dole Foods, Unilever, and US grocery giants Kroger and Albertsons. Both of these networks run on the IBM Blockchain Platform which is built to run on-premises and in multi-cloud environments. With the platform, organisations can create, test and debug smart contracts, and also connect to Hyperledger Fabric. IBM also in 2019 also launched a new supply chain service caled Sterling Supply Chain Suite based on its blockchain platform and open-source software from recently-acquired Red Hat that allows developers and third-party apps to integrate legacy corporate data systems onto a distributed ledger.

Another large scale private deployment of blockchain technology in 2019 was when the OOC Oil & Gas Blockchain Consortium announced it completed a trial for blockchain-based authorization for expenditure (AFE) balloting after it acquired tech from Canadian firm GuildOne. The alliance consists of several major oil companies including Chevron, ExxonMobil and Shell. Automaker BMW and logistics provider DHL worked on a blockchain proof of concept (PoC) for the former’s Asia Pacific supply chain operations to provide better visibility for parts shipped from Malaysia. In these two cases, it became clear that apart from open source technologies like Hyperledger or blockchain technologies from large vendors such as IBM, there are niche tech companies and consortiums working to develop in-house distributed ledgers for supply chains and trust/identity management.

In India, the enterprise adoption of distributed ledgers is on the rise with multiple proof of concepts happening in both public and private enterprises. In fact, blockchain developer is India’s fastest growing emerging job role, as per a Linkedin report. To highlight the rising trend of private blockchain solutions, we saw in 2019 that major Indian IT solution providers like TCS, Infosys and Wipro launched their DL-focused products for businesses.

Services and consulting firm Tata Consultancy Services (TCS) introduced an innovative a “low code” development kit for organizations interested in developing and deploying distributed ledger technology quickly. The Quartz DevKit is a web-based development platform coupled with plug-and-play components that can be reused to help speed up the process. The company claims that these features enable shaving off as much as 40% of the total time required to develop and deploy the solutions. R Vivekananda, Global Head of Quartz at TCS, stated that they had received very positive feedback from pilot customers to their kit.

Unlike Infosys and TCS, Wipro made strides in enterprise payments space in partnership with blockchain firm R3, where the duo together developed a prototype in 2019 to execute digital currency payments for interbank financial settlements for a consortium consisting of the Bank of Thailand and 8 commercial banks in Thailand. Built as a component of the first phase of Project Inthanon, the solution will deliver de-centralized interbank real-time gross settlement (RTGS) using wholesale Central Bank Digital Currency (CBDC) in Thailand. The solution highlights that central banks across the globe are taking interest in hiring software companies to deploy blockchain solutions for payment and finance-related activities. It is to be noted that R3 developed a similar enterprise payments solution in 2019 with other companies too, including SAP and Accenture.

2019 saw multiple POCs coming into action for helping create enterprise blockchain networks for different purposes. The trend was clear- blockchain technologies created a trusted environment for data transmissions between virtual networks or devices while increasing efficiency of such exchanges. According to research, 75% of IoT technology implementers in America have already adopted distributed ledger or are working on adopting it by the end of 2020 out of more than 500 U.S. companies. Yet, Gartner’s Hype Cycle (above) for Blockchain Business also shows that most blockchain technologies are still 5-10 years away from transformational impact.