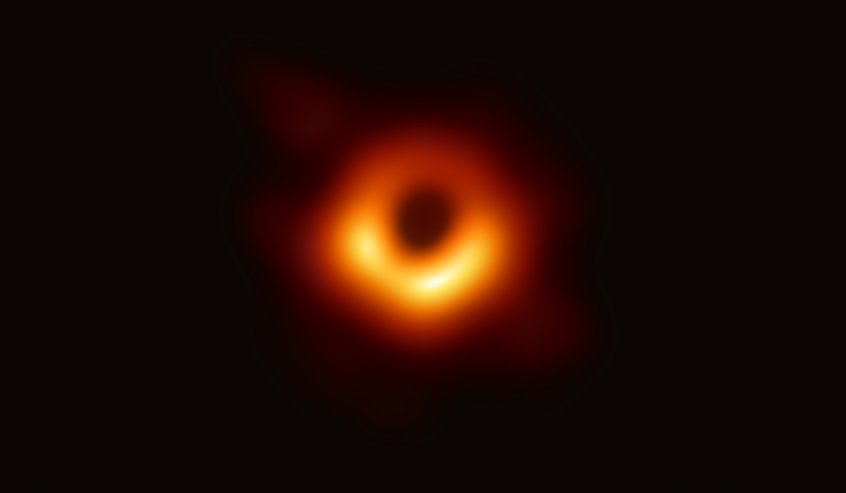 The first-ever black hole image generated using a machine learning algorithm created a huge buzz around the globe and proved to be a major scientific discovery. This algorithm, called CHIRP which stands for ‘Continuous High-resolution Image Reconstruction using Patch priors’ showed the power of machine learning in producing an image of a black hole, something which would have otherwise not been possible.

How Will ML Algorithm Make A Movie?

Making a movie would require getting information about what happens in and around the black hole using ML algorithms. This means that a time series of images has to be put together to obtain this movie. It is going to tell how the image of the black hole changes as a function of time.

The black hole chosen to obtain this movie lies at the centre of a star called Saggitarrius A* or Sgr A*. This star is about 26,000 light years away from the Event Horizon Telescope (EHT). Sgr A* has an event horizon with a radius of about 7.9 million miles, making it about 18 times the Sun’s diameter. This black hole exerts a tremendous amount of gravitational pull on anything that crosses its event horizon.

Such a far away object would need robust images to make a movie out of the black hole at the centre of it, which is why the EHT is used, which was also used in case of obtaining the black hole image.

Key Requirements To Accomplish The Task

A large amount from the EHT, which formed an array of telescopes throughout the globe, is used to obtain the movie. The black hole image captured did not have a direct image generated but they were pieces or petabytes of raw data consisting of the radio waves originating from the ring-shaped silhouette of a black hole.

El Gato, a short form of Extremely LarGe Advanced TechnOlogy cluster is a high-performance computer by the National Science Foundation and the University of Arizona. This computer has special hardware to achieve the high performance that it delivers. It has NVIDIA K20X GPUs and Intel Xeon Phi 5110p Coprocessors. The system is designed around Intel Ivy Bridge CPUs, large amounts of memory per node (256GB/node), and FDR Infiniband. It is connected using an FDR Infiniband speed to a DataDirect Networks SFA 12K petabyte-scale storage server. This system takes a lot of data and mathematically transforms the input data into an image.

The method will involve creating simulations and using them as training data for the algorithm which will eventually be used to create a time series of the black hole images, which is what is finally wanted.  But this collected data is not enough to create a complete picture of the black hole and then make a movie out of it. There is a lot of missing data which has to be filled to complete the image. This is where the ML algorithm is needed.

The ML algorithm containing datasets, which is nothing but the images from EHT, may have some information missing. This missing information will be fed to the algorithm. This will also contain simulations. Both the images and the simulations will be used for training the ML model, helping Medeiros in finally creating the time series of images.

The ML algorithm that goes behind making the first ever black hole movie is based on the Principle Component Analysis (PCA). PCA is a dimensionality reduction method used to reduce the dimensionality of a large dataset to a small dataset. It is commonly used in the analysis and representation of complex data to reduce a large set of variables to a small set. This small set contains the most information about the large reduce set. PCA could also be seen as an algebra operation that contains a lot of ML applications, which helps in reducing the data into its principal components. Its applications lie in areas where data analysis and the predictive tool is involved using large datasets.

For the final movie production, PCA algebra operation will be added to the ML algorithm that Medeiros is making. This algorithm is going to learn from the data that it will be fed with. The training set of the ML algorithm will be able to produce 10 to 20 images. The training set can be used to identify images that will act like building blocks of a blackhole image. These building blocks would be put together make an image with the algorithm that will fill the parts of what they do not have the data for. This way, a complete image could be obtained. This new ML algorithm could give the world its first ever black hole movie.

Quantum physics and GTR, two of the most important aspects of physics, when clubbed together do not give us the Physics that we have known so far. Black holes form the perfect test bed to study these together as it is large in terms of mass like in GTR and at the same time has an infinite density at its centre governed Quantum physics.

All these machine learning-guided physics experiments are here to show how correct or incorrect is Einstein’s GTR. Black hole movies could also lead us to the understanding of how quantum mechanics interact with GTR. They can help with the information needed to check these theories and help with bigger discoveries.

All You Need To Know About Google’s Visual Inspection AI

DeepMind Taps Into AI To Speed Up Drug Discovery Process

The journey crisscrosses mediums and eras for the user to arrive at unexpected points in art history.

IT Companies may open their doors for Agniveers

The private sector is expected to roll special opportunities for the Agniveers.

The discreet charm of CVPR

Samsung Research will present around 20 thesis papers at CVPR 2022.