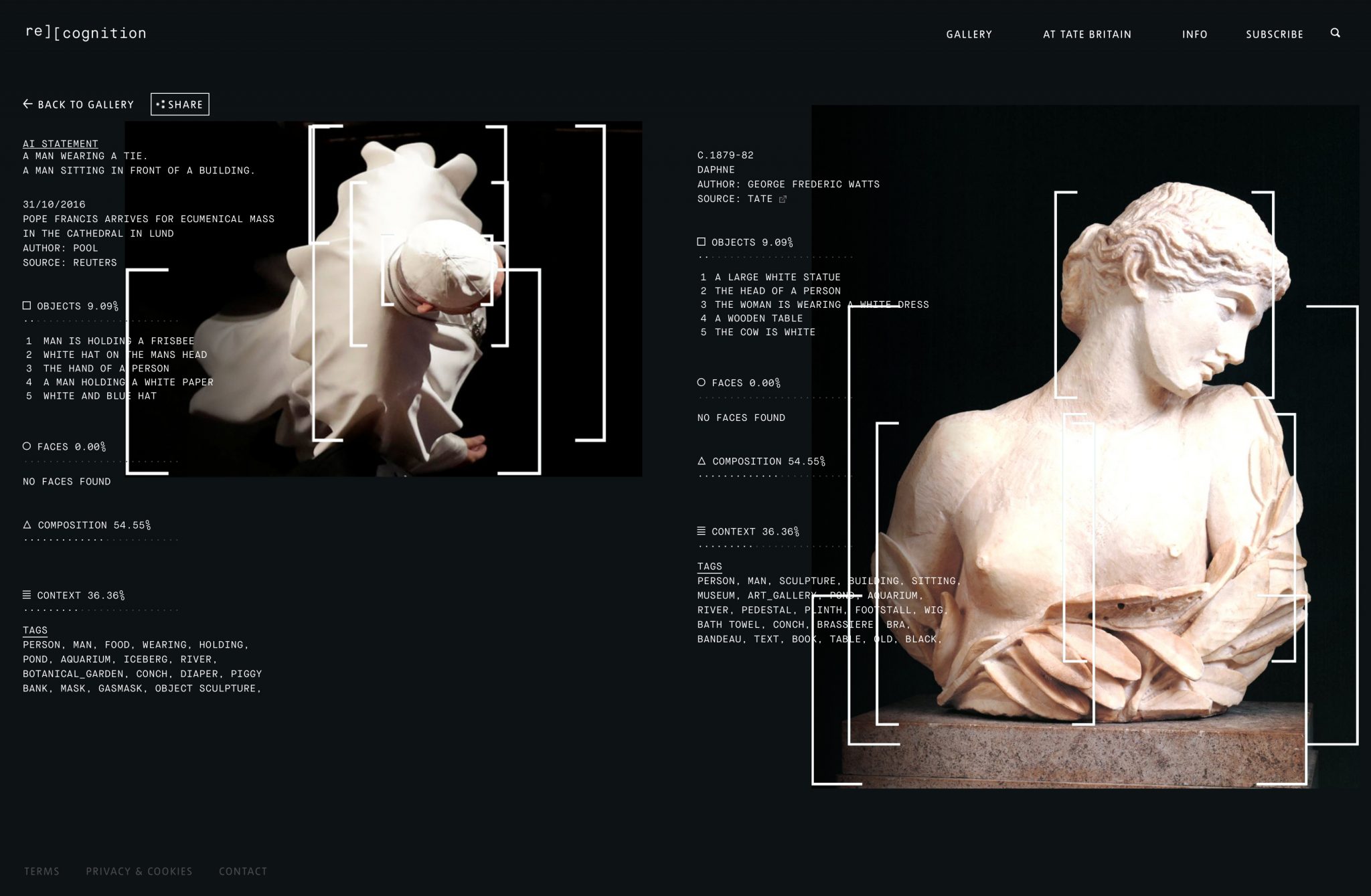 Artificial intelligence is now taking on the heady world of art with convincing canvases that firmly belong in an art gallery. Earlier last year, Redmond software giant Microsoft firmly moved beyond the “cold world of computers” to the warm environs of London’s Tate Museum to discover hidden pieces of spectacular artwork, through an AI algorithm.

The project manifested in the form of IK Prize—2016 and the participants were tasked with producing an algorithm that paired the Tate’s historic art collection with modern photojournalism from Reuters’ archive. The result was — Recognition that brought to life rarely seen art works linked to everyday photos culled from Reuter’s photo archive. The winners, Fabrica and developers JoliBrain created a programme that discovered hidden links between art and current events.

Behind Recognition – the algorithm that found art in everyday events

According to Microsoft resources, the computational algorithm studied the art archive just like a curatror, and identified a range of features such as colour, people, objects composition, colour to co-relate instantly with photographs.

Dave Coplin, Chief Envisioning Officer at Microsoft UK, was quoted as saying that AI would tremendously the lives for the better. “Unlike today’s computers, which we program and give specific, explicit instructions, algorithms and artificial intelligence are trained. They learn their behaviour against a specific set of criteria. These algorithms have been trained to understand what facial recognition looks like, and a whole gamut of emotions based on series of images.” AI is certainly redefining the way the art world works.  In fact, much before AI became a buzzword and entered our lexicon, Aaron, an AI-based program developed by artist Harold Cohen has been hard at work creating original pieces that have donned many a gallery wall, including Tate and Museum of Modern Art. Experts point out the AI program, somewhat of a colorist, making original paintings on a computer.  Cohen wrote in a Stanford paper that AARON could well be the oldest continuously-developed program in computing history, and it was first developed in the mid-seventies. The earliest versions of AARON could do very little more than distinguish between figure and ground, closed forms and open forms, and perform various simple manipulations on those structures, Cohen revealed in the paper.

Google’s Project Magenta aims to create spectacular art: Google has never shied away from making public its many AI experiments, such as Quick Draw and Auto Draw tools that turn human doodles into artwork.  Project Magenta from the Google Brain team advances the state of art through machine learning algorithms.  Though it is still under progress, the aim is to make TensorFlow/Magenta the best machine learning platform in the world for art and music, and connect artists with technology.

Neural style transfer: The Pikazo app, first developed in 2015 by Karl Stiefvater and Noah Rosenberg uses using neural style transfer algorithm to produce stunning and surprising artworks. Queerly titled after Spanish artist Pablo Picasso, the app has reportedly 250,000 downloads and allows users to input their photos and get a new, versions of their uploaded pictures.

Prisma:  Prisma pegged as a unique combination of neural networks and artificial intelligence helps turn photos into art work.  With a host of filters, based on artistic styles of artists like Munch, Mondrian and Picasso, the popular app soared to the #10 US app in 2016 according to AppAnnie. Created by Aram Airapetyan and co-founder/CEO Alexy Moiseenkov, the app got 85 million downloads six months after it released. Experts point out the app used Convolutional Neural Network to learn the low-level style of an  photograph, and applies it to the uploaded image and then processes images on the cloud server.

Garmin aims to launch its Fenix 5 series wearables in India