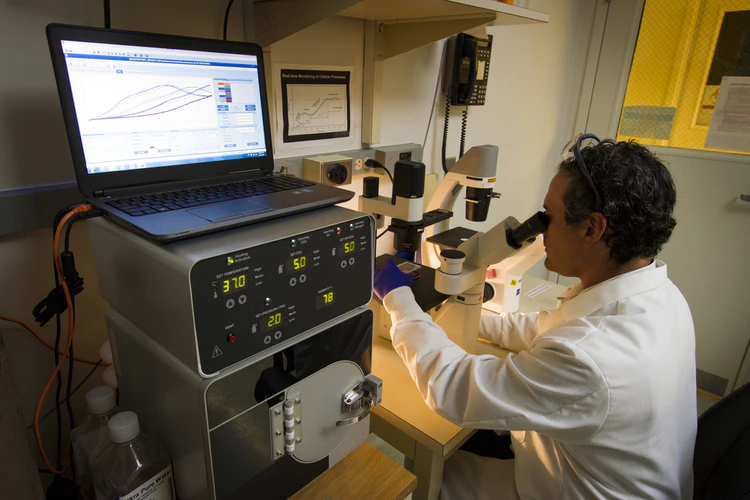 As COVID-19 reaches more than 60 countries with global cases topping 95,500 and the number of death tolls crossing 3,000, the whole world is doing their best to avoid the catastrophe. While organisations like WHO and UN are releasing funds to facilitate research, many are looking towards AI to decelerate the crisis. The scientific communities across the world have galvanised to find a 21st-century solution to a 21st-century problem.

Let’s take a look at how AI is being used to contain the latest outbreak:

DeepMind today have announced that they are releasing structure predictions of several proteins that can promote research into the ongoing research around COVID-19. They have used the latest version of AlphaFold system to find these structures.

Alibaba has recently claimed that its new AI system can detect coronavirus in CT scans of patients’ chests with 96% accuracy against viral pneumonia cases. Its founder Jack Ma has also announced that his foundation will be donating $2.15m for developing the vaccine.

According to Alibaba, their new algorithm cuts down the whole process of recognition to a record 20 seconds. This is a vast improvement considering the traditional methods would take approximately 15 min to analyse a CT scan.

This cut down of prediction time is crucial for understanding the virus and catalyse drug discovery.

John Brownstein, of Harvard Medical School, is part of an international team that is using machine learning to skim through social media and other forms of data from official public health channels, and healthcare providers, in order to prepare real-time health analytics of the outbreak.

BlueDot, a Toronto-based health surveillance company launched in 2014, has also contributed by gathering disease data from myriad online sources, and then using airline flight information to make predictions about where infectious diseases may appear next — could be air routes, after all, that is a common disease vector.

Insilico Medicine, a company that uses AI for drug discovery, is using generative adversarial networks GANs to filter the molecule designs. It favours those that score highly for “drug-like” properties and for being chemically active, while tossing out molecules that, due to their properties, are unlikely to ever work as drugs, such as metal compounds.

Molecule synthesis and testing is a slow process. This is where AI comes into the picture by bringing the synthesis time and creating more options to design diverse molecular structures. However, synthesis and validation may take some time and could require substantial resources. Therefore, Insilico Medicine selected up to 100 molecules to be synthesised and tested, with the rest of the generated structures deposited on the website.

Doctors in China have been given a new powerful tool to help them quickly diagnose potential coronavirus sufferers. Called inferVISION, this AI-based software can quickly highlight potential problem cases in record time.

inferVISION can identify typical signs or partial signs of COVID-19 in suspected patients. In order to do this, the software looks out for signs of pneumonia that can be caused by the virus.

Another example is BenevolentAI’s algorithm that connects molecular structure data to biomedical information about relevant receptors and diseases to find potential drug targets. Their software pointed to the enzyme adaptor-associated protein kinase 1 (AAK1) as a possible target for the disease. AAK1 regulates endocytosis, the process that brings material into cells, which also is a common mode of viral infection.

The researchers, with the help of BenevolentAI’s software, have identified a possible drug called ‘Baricitinib’.

Facial recognition is safer than fingerprinting as it removes the chances of disease being spread through human-to-surface contact.

So, SenseTime is applying AI to scan the faces of the people with masks. They are promoting contactless identification of the infected with their temperature detection software that has been deployed at underground stations, schools and other community places in Beijing, Shanghai and Shenzhen.

Drones To The Rescue

To reinforce the contactless monitoring of the outbreak, Chinese firms are using drones. Pudu Technology from Shenzhen has reportedly installed its machines in more than 40 hospitals around the country to help medical staff.

MicroMultiCopter, another company based out of Shenzhen, is deploying drones to transport medical samples and conduct thermal imaging.

UVD Robots, who are based out of Denmark, are using their robots to disinfect patient rooms with zero human interference. Pandemics make human assistance, both critical and dangerous. The medical personnel are at severe risk of catching the disease. UVD’s roving robotic pods emit ultraviolet light over the region to be disinfected and terminating any kind of virus.

Currently, we are in a critical juncture in the outbreak. As the experts and policymakers around the world shift their focus towards containing COVID-19, the role of surveillance, drug discovery and diagnosis have become crucial, and with AI, there will be a tremendous saving of time and indeed, lives.