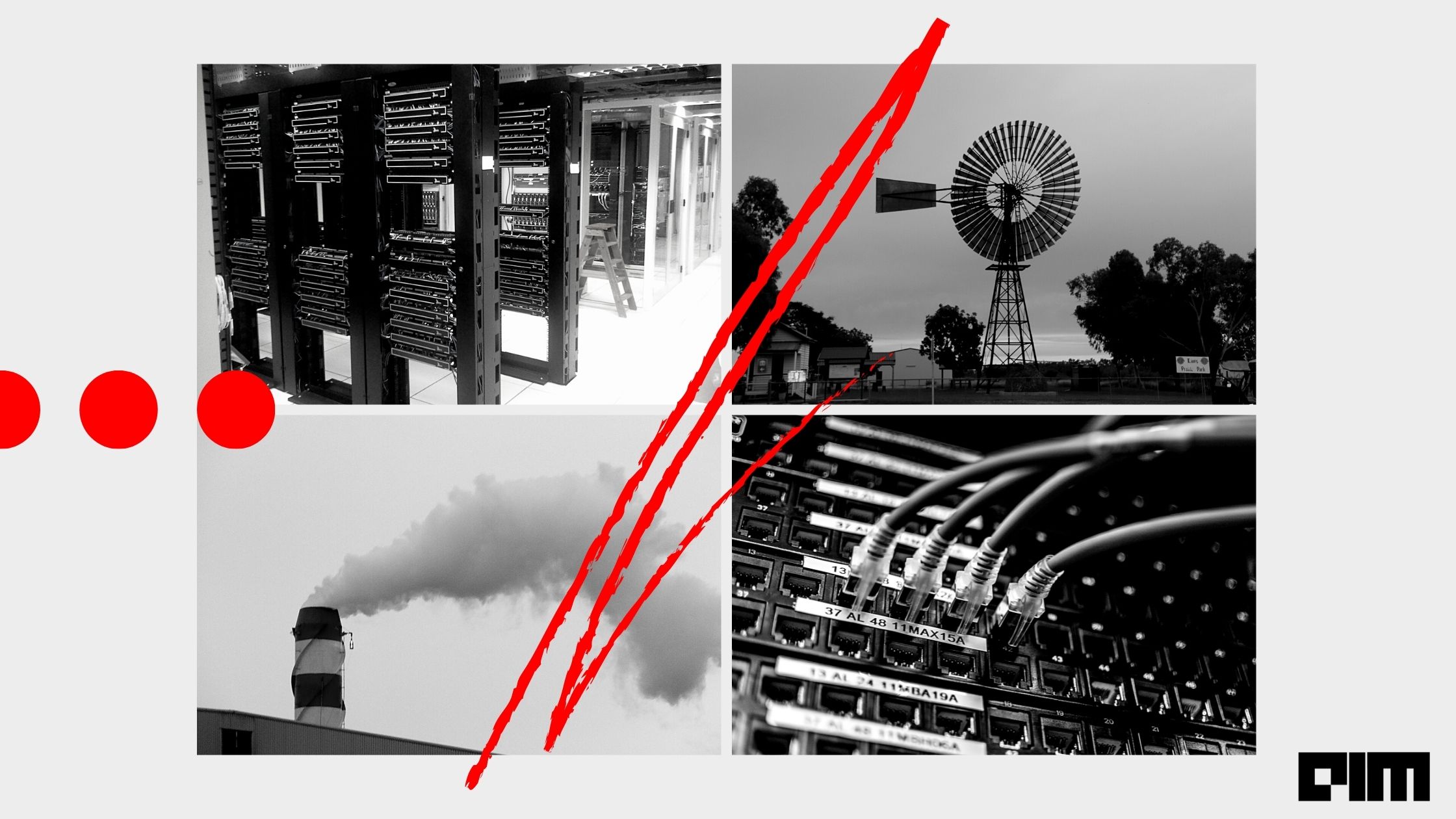 According to Google Flights’ estimate, a round trip of a fully loaded passenger jet between San Francisco and New York would release 180 tonnes of carbon dioxide equivalent (CO2e). Meanwhile, the training emissions of Google’s 11 billion parameter T5 language model and OpenAI’s GPT-3(175 billion parameters) stands ~26%,  ~305% of the round trip, respectively. The “state-of-the-art” models require a substantial amount of computational resources and energy, leading to high environmental costs. Deep learning models are getting larger by the day. Such large models are routinely trained for thousands of hours on specialised hardware accelerators in data centers.

AI can enable smart and low-carbon cities through autonomous electric vehicles, optimising smart grids etc. However,  advanced AI research and product design leave a huge carbon footprint. According to a 2020 estimate, the total electricity consumption of information and communications technologies (ICTs) would account for 20% of the global electricity demand by 2030, from around 1% in 2020. According to researchers, the amount of compute used by largest ML training has been exponentially increasing and grown by more than 300,000 times between 2012-18, which is equivalent to a 3.4-months doubling period. To put things in perspective, Moore’s law has a 2-year doubling period.

According to researchers at Google, the following factors influence AI/ML carbon footprint:

According to the researchers, electricity required to run an ML model is a function of the algorithm, the program that implements it, the number of processors that run the program, the speed and power of those processors, a datacenter’s efficiency in delivering power and cooling the processors, and the energy supply mix (renewable, gas, coal, etc.). A simplified formula for the carbon footprint of an ML model can be calculated as follows:

According to a 2018 Nature report data centers use 200 terawatt-hours (TWh), way more than the national electricity consumption of some countries. Due to the large difference between electricity-specific CO2e emission factors among countries, the carbon footprint of model training can be highly dependent on the geolocation of hardwares. Training in France always has the lowest carbon emissions as it relies on nuclear energy as their main source. This is why Abhishek Gupta, founder of Montreal AI Ethics Institute and an ML engineer at Microsoft, proposed a four pillar plan to address many such challenges. The SECure framework, as he calls it, provides actionable insights to practitioners and consumers of AI systems to trigger behaviour change– a major missing element in the current tooling that measures carbon impacts of AI systems.

Accountability With A SECure Framework

According to Gupta, the following initiatives can facilitate a more efficient framework to keep track of AI’s carbon footprint:

Though Gupta’s summary of the available tools and his proposals looks promising, incentivising the society to move towards accountability will still be a challenge: However, a few lingering questions remain: Shouldn’t we concentrate more on clean energy generation instead of energy consumption? Is the AI carbon footprint a result of ill-informed training practices by the researchers or does this happen during training in general? Who actually benefits from AI Research and why should a common man suffer from carbon footprints generated for the interests of a few companies? Should the research be regulated?