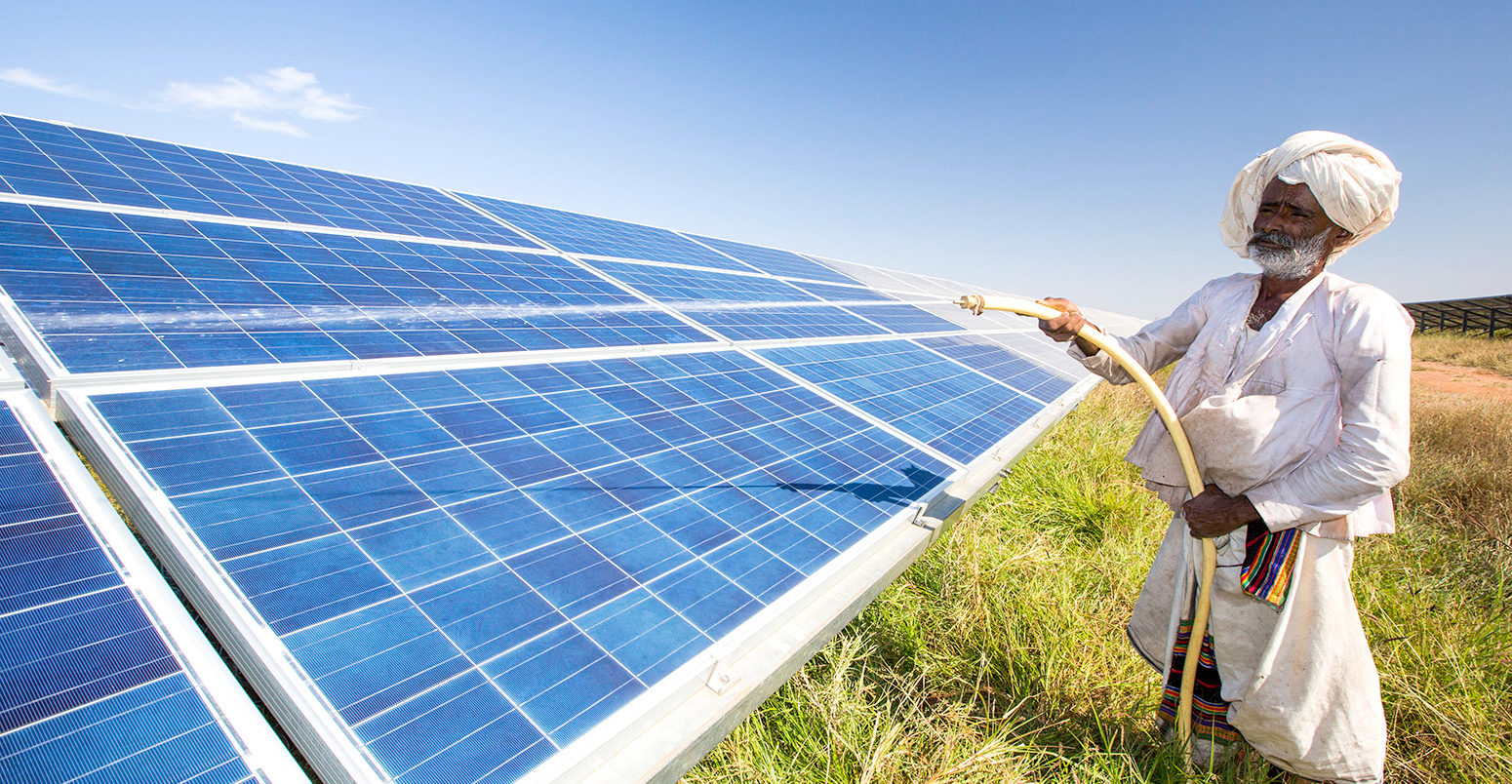 The first demonstration of photovoltaic effect took place in the mid 19th century but it took more than a century for this discovery to come to fruition in the form of solar panels. Solar panels work on the principle of using the radiation of the sun to generate charge that can power a myriad of devices.

The surface where the sun hits, therefore, becomes quite crucial. The amount of energy tapped depends on the surface area and other material properties. So, what is the link between how a surface is designed and artificial intelligence

It is no secret that AI has become well-suited to a host of day-to-day problems. The secret sauce of AI is optimization. So, one can easily connect the dots between how AI can be used to manipulate material properties. For solar panels, especially the coatings on its surface influence the reflectivity of the panel, which in turn affects the power generated per unit area.

We can’t just give away larger spaces for power. The panels should be compact and should pack a punch.

In what can sound as a bizarre interdisciplinary cross over, researchers at  the University of Auvergne in France tweak in evolutionary algorithms to achieve greater levels of optimization. The class of algorithms that they used, called differential evolution (DE), has proven particularly successful for optimizing of  photonic structure of a nanoscale-size coating.

Previous research and manufacturing techniques used mathematical functions such as Gaussian and exponential functions to determine the structure of AR coatings. This algorithm, however, was able to find a structure with half the thickness of those obtained by traditional approaches. The whole premise of this innovation is based on the fact that thinner coatings are potentially better at letting light through. So, in this AI-based approach, the researchers aimed to manufacture a thinner anti-reflective (AR) coating, which can be used to maximize the light available to photovoltaic solar panels.

At its core, this technique optimizes the pattern and structure of an anti-reflective coating based on its thickness by applying a biologically inspired AI algorithm to the design process. The overall goal is to refract, rather than reflect, incoming light at a wide range of frequencies and angles.

By giving the DE algorithm a specific thickness to optimize for, the researchers were able to outperform traditional techniques.

The results demonstrate the feasibility of nanostructured AR coatings. Though this work could have implications for lenses and other components that rely on controlling reflectivity to increase optical efficiency, the most important benefits could be in applying AR coatings to the silicon in photovoltaic (PV) solar panels.

Such coatings already provide a significant boost in efficiency for PV cells, and by replicating that improvement with fewer layers and less overall thickness, the researchers hope to contribute to making solar generation even more cost-effective.

Rethinking The Way We Do Machine Learning: An Engineering Perspective

The hunt for finding a sustainable clean energy solution has never been this vigorous. Researchers are finding out new ways to address the shortcomings.  This research is an example of employing AI concepts and theory to advance materials science.

India with its renewed focus on clean, renewable energy has to tap into technologies to undertake large-scale sustainable power projects and promote green energy. According to the Department of Commerce, a  total of 47 solar parks with generation capacity of 26,694 MW have been approved in India up to November 2018, out of capacity of 4,195 MW has been commissioned. Solar capacity has increased by eight times between FY14-18. India added record 11,788 MW of renewable energy capacity in 2017-18.

With innovations such as above, countries like India, where there is a dire need for cleaner energy resources, will benefit immensely. The improvements can be at the nano level but the outcomes will be on a much larger scale.

The growth of algorithmic based solutions have time and again proven to be profitable and are believed to usher myriad of applications given the alarming need for cost-cutting and climate saving strategies.