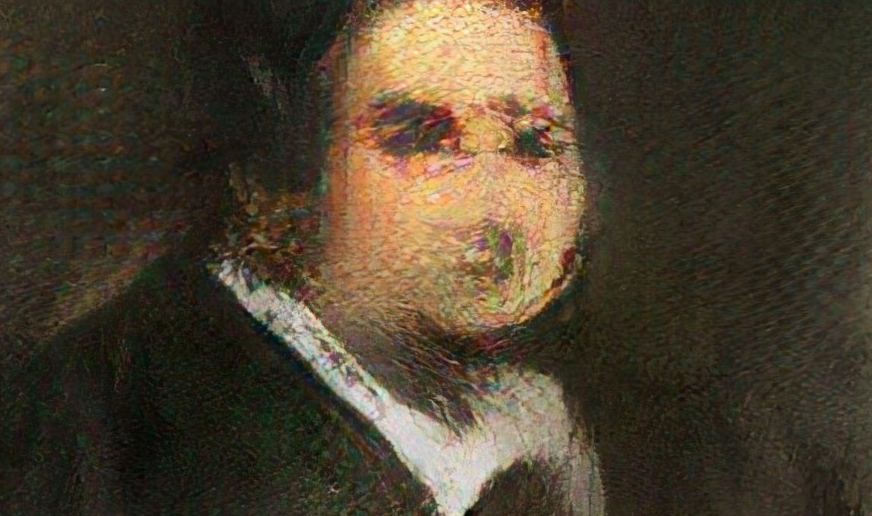 In a recent development surrounding AI’s creativity, popular British auction house, Christie’s auctioned an art piece created by an AI algorithm. The portrait was sold on thursday for a whopping $432,500.

The portrait is a painting of a character named Edmund, a part of the fictitious Belamy family. This painting is also a part of the 11 portraits created by the same AI algorithm.

All of Belamy family portraits is a creation of a trio named Obvious, a Paris-based art collective. Hugo Caselles Dupre, one of the members of Obvious had learnt about Adversarial Neural Network (ANN) during his PhD in machine learning. This fictional family is a homage to the creator of Generative Adversarial Network (GAN), Ian Goodfellow, whose name when translated in French is ‘Bel ami’.

The AI algorithm in this artwork has the following components:

In a nutshell, the aim of the generator is to fool the discriminator.

The algorithm used more than 15,000 paintings spanning from the 14th to the 20th century to produce this portrait. The signature in the portrait painting is actually a mathematical algorithm suggesting that the painting is not by a human. The algorithm was also tested with some work of nudes and landscapes but it was found that they could illustrate their creativity in generating portraits the best. While this AI artform has intrigued many, it raises a debatable question of the origin. At times, it can be difficult to ascertain whether it was made by a human or AI. Dupre said that if the artist is the one that holds the vision and wants to share a message, then the authorship would go to Obvious.

Now Japanese Enterprises Gear Up For A Speedy Adoption Of AI