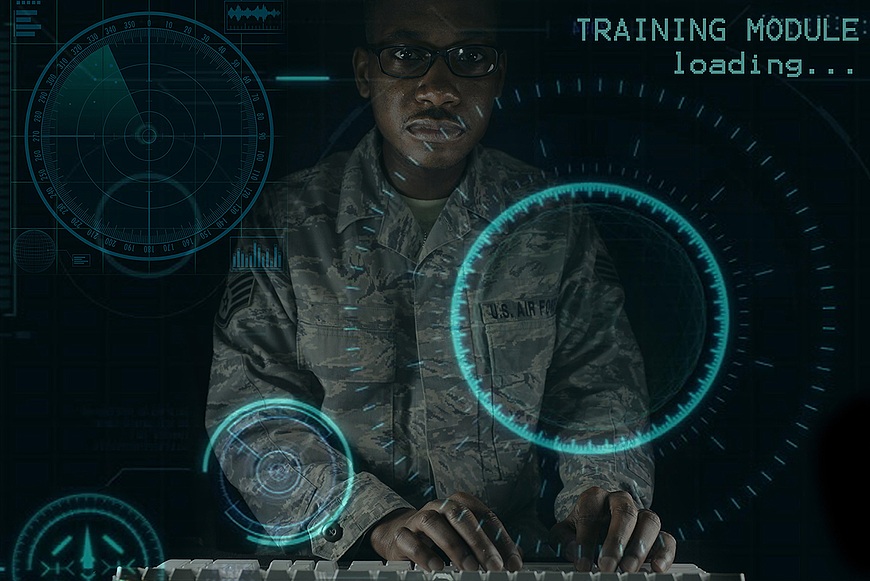 With technology evolving at a fast pace, we have come a long way from the basic computers to presently using artificial intelligence in modern human warfare. In the current scenario of the world, it wouldn’t be wrong to say that the country with the best technology intelligence and machines will be the strongest during the war.

The era hasn’t yet reached up till the dystopian future involving robocops, hammer drones or the Terminator. Instead, AI is being used to acquire better insights and make better decisions. Although we definitely cannot disregard the fact that artificial intelligence can be more dangerous than nuclear warheads, as once stated by Elon Musk.

The AI neural networks are currently used to spot patterns in the vast amount of data collected to search for the correct information which can be used by the military forces and authorities against their country enemies. However, director of a robotics company — Shadow Robot Company, Rich Walker in a recent interview, argued on how unregulated development of AI could lead to major catastrophes for mankind. He stated that AI used during modern conflicts could be categorised as a war weapon similar to chemical and biological weapons. He made it clear that the tech experts are well knowledgeable about the dangers posed by the unrestricted development of AI in human warfare and should be monitored for the right use.

Future is awaiting with intelligence weapons and systems that can transform the military operations. However, currently, several nations are already on their way to deploy Autonomous Weapons System (AWS) and killer robots, which seems to be a destabilising development for the nations. It not only brings complex security challenges but also creates issues for the nation’s decision-makers by questioning the future of humankind. This new algorithmic warfare battlefield understands no boundaries and has immense potential usage which could create great fear among humans.

However, the very idea of artificially intelligent machines performing warfare tasks without the help or control of any human, but just using computer program along with algorithm and sensors is becoming the new reality for the world, and acceptance and innovation are the keys to surviving.

Artificial intelligence was first used in 1991 during the gulf war when the US used smart bombs and smart weapons against Iraq, however, things have severely changed over the years. The ongoing evolution of artificial intelligence is definitely revolutionising the battlefield with automated weapons. In a bid to survive the current scenario, countries need to visualise and strategise their AI war for the future. The development is visible across several fronts with unmanned aerial vehicles, autonomous weapons, target recognition systems, threat monitoring system, smart missile, etc.

In the first half of last year, the US has released its AI strategy, where they are planning to deploy artificial intelligence throughout their military forces, from decision making to predicting problems in planes and ships. The strategy urges their forces to train themselves on AI in order to change the skill and approach. The US claims to push AI in every corner of the military department, starting from spanning operations, training, sustainment, force protection, recruiting, and healthcare.

Project Maven is another example where the US has been exceeding by bringing computer algorithms and AI to war zones. Along with computer vision, Project Maven is a combination of machine learning and neural networks, which finds object autonomously.

Other nations, especially China, Russia, Israel and South Korea are also making significant investments in AI for military purposes. For instance, South Korea has developed Samsung SGR-A1, a sentry gun that can track movement and fire without human intervention, which has been deployed on its border with North Korea. Another example will involve AI-controlled robots that are getting trained alongside the US marines in the California desert.

China is also playing a huge role in this AI arms race by developing superior AI cyber weapons and killer robots. Companies like SenseTime, Megvii, and Yitu selling smart surveillance cameras, voice recognition capabilities, and big data services to the government, which are specifically used for the country’s welfare.

Israelis are nor far behind with their IAI Harpy systems, which are trained to keep monitoring along with detecting and engaging targets, while Russia is developing tanks and drones which will be able to operate autonomously.

Similarly, India is also not lagging behind in this race with up-to-date artificial intelligence (AI) system and robots. CAIR, a DRDO lab which is focused on developing artificial intelligence for India, has already developed a myriad of robots with varying applications such as, Multi-Agent Robotics Framework (MARF), which will equip India’s armed forces with an array of robots that can function as a team, very similar to human soldiers. A wheeled robot with passive suspension, snake robot, legged robot, wall-climbing robot, and robot sentry are a few of the developments made by India on the AI frontier. Along with that, there are several startups like Dataval Analytics, Innefu Labs, ChironX.AI, Grobomac and SatSure who have teamed up with the government in order to bring in the usage of innovative technologies for nations’ welfare.

AI in modern human warfare is believed to be a revolution, providing opportunities for countries to be ahead of the game and gain a competitive advantage by reducing costs, time lag and manpower, making efficient decision making, and achieving speed, accuracy, precision and reach. However, we, humans, need to understand and evaluate the economic, social and security related issues that arise with artificial intelligence.