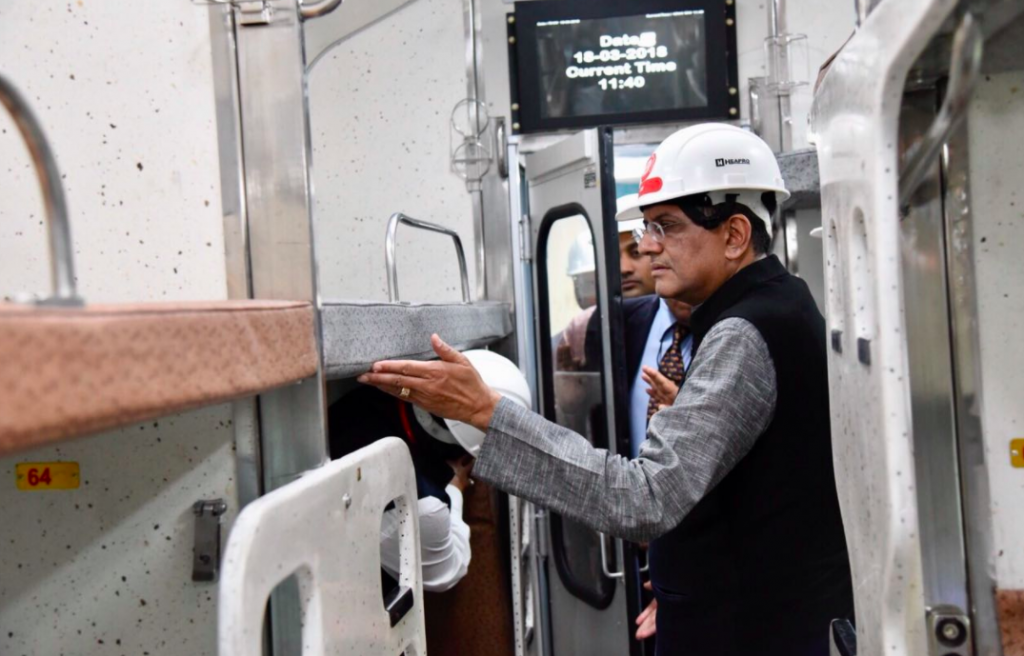 Insisting that Artificial Intelligence could not replace human employees in the Indian railways, Piyush Goyal, Union Minister for Railways and Coal said that AI should be used as a “tool”.

“The tiger will be ridden by the human being. Artificial intelligence, its relevance and outcome, will all be driven by you and me… It is a tool that you and I will ride. It’s not a replacement for us, it will help and aids us,” said Goyal, at a recent AI conference in Delhi. He was speaking at the valedictory session of the Conference organised by the Centre for Railway Information System (CRIS), an Information Technology arm of Ministry of Railways.

“AI can transform Indian Railways in terms of safety, passenger amenities, better revenues, growth and efficiency,” he said, insisting that the new technology was nothing to be afraid of. His statement, “AI has to be harnessed to find digital innovations for better customer interface and better service delivery. AI is about creating trains with brains,” was met with cheerful applause.

The story of Artificial Intelligence can be summarised as ‘Trains with Brains’, which can transform Indian Railways. It is a great business opportunity for the nation to provide next generation with jobs on technology upgradation, making lives easier for the people. pic.twitter.com/qGN8VhicqL

In keeping with the PM Narendra Modi’s agenda of using technology for “sabka vikaas” (everyone’s betterment), Goyal listed out the advantages of using AI in various aspects in the railways. He, along with other speakers attending the conference, gave examples of using AI in optimisation, real-time train movement monitoring, crew fostering, improving the price advantage of rail freight and improving logistics chain integration, among others. Speakers also pointed out advantages of using AI in predictive maintenance to improve asset management, crowd management, chatbots for consumer interaction in different regional languages and using IoT of sensors to detect concerns on tracks and locomotives, among others.

Earlier this year, PM Modi had downplayed the fears of citizens losing jobs to robots and automation. Speaking at the inauguration of Wadhwani Institute for Artificial Intelligence at the University of Mumbai, he had affirmed that AI would increase the citizens’ productivity, and not take away their employment.

Through a series of events and speeches from earlier this year, PM Modi is seen to have been deliberately showcasing India as well as his government as technologically forward. In fact, industry insiders are happy to see that the Modi-led NDA government is working towards supporting a tech-driven future. In fact, Union Finance Minister Arun Jaitley has also doubled the allocation on Digital India programme to ₹3,073 crore for 2018-19.