AI is the Biggest Threat to the Web3 Creator Economy 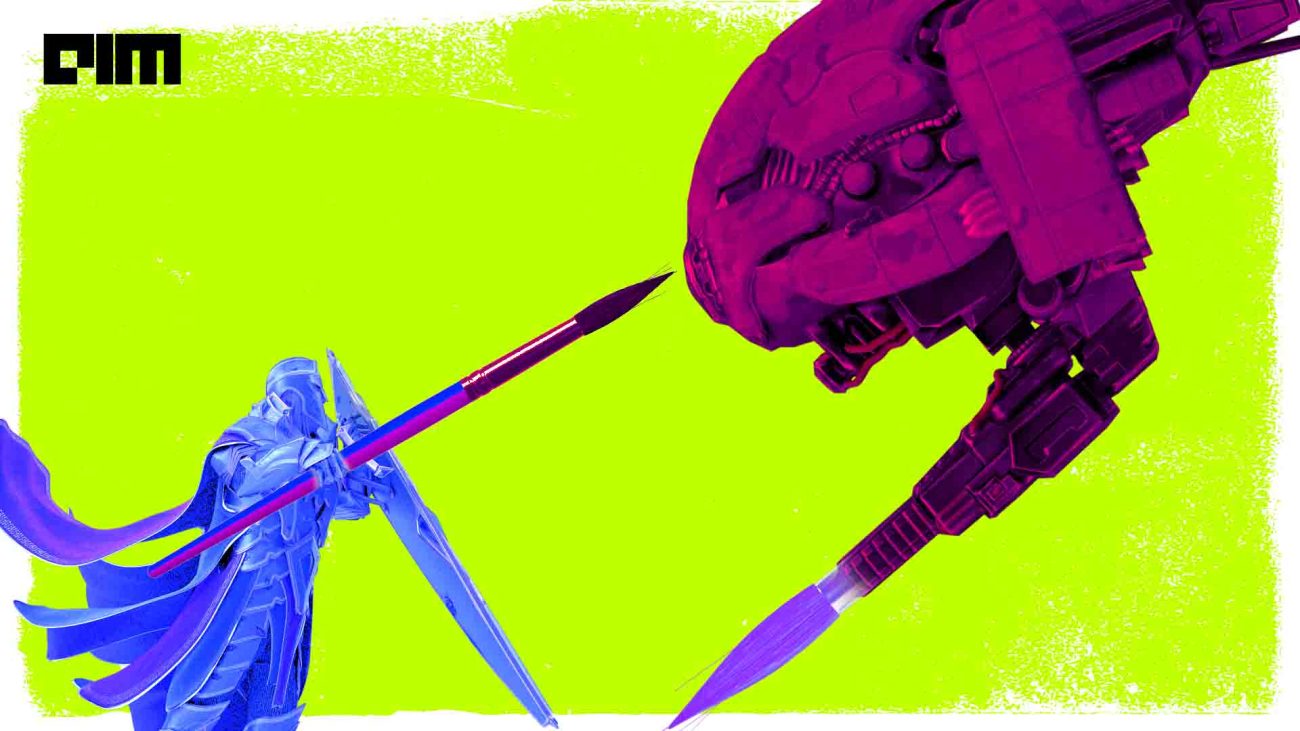 On August 20, 2011, Marc Andreessen published a pivotal story on ‘Why Software is Eating the World’ in the Wall Street Journal. He says that more than 10 years since the peak of the ‘1990s dot-com bubble’, a dozen new internet companies like Facebook and Twitter sparked controversy due to their growing private market valuations and occasionally successful IPOs.

He writes, “My theory is we are in the middle of a dramatic and broad technological and economic shift in which software companies are poised to take over large swathes of the economy.” This was a decade ago, but still stands true. The only difference is that the technology today has advanced to Web3  – a new iteration of the world wide web – which incorporates concepts such as decentralization, blockchain technologies, and token-based systems.

However, a new conflict has ensued in the creator economy – a war between creators and those who use AI to create content – that brings certain casualties rippling across the creative industry.

Role of Web3 for creator economy

Before diving into the gap caused by AI, it is important to understand the role of the creator economy in Web3 platforms. The creator economy are – influencers, gamers, artists – the driving innovators that shift the definitions of work by revolutionary avenues for income across industries. It is more of a software-enabled economy, which allows people to generate income by producing content via music, photos, or videos.

New platforms such as Twitch, Patreon, and Discord are fueling this direct creator-to-fan network – bypassing traditional gatekeepers –  and opening doors to new types of content creation and monetization. But these platforms are just the beginning. Web3 technologies — both virtual and augmented reality, blockchains, machine learning, and cryptocurrencies — are wholly changing the way creatives create content, claim ownership and get paid. In simple words, it’s changing the way we understand the web.

One such instance could be the massive demand for digital goods via the NFT boom. In December 2021, Nike bought RTFKT, a firm that produces “virtual sneakers” and NFTs.

One can expect more acquisitions, as brands turn to future-looking startups and creatives to be pioneers in the metaverse. Digital shopping malls, travel experiences, hangouts, and entertainment are all part of this brave new world. However, this also stems from the advances in machine and deep learning that have led to DALL-E, Stable Diffusion, and MidJourney, along with NVIDIA’s announcement about Get3D – which might as well be a cause of crisis for the Web3 creator economy.

Many recent startups have developed applications and tools that scan objects to populate metaverse worlds, but NVIDIA’s new GET3D AI-powered tool is set to split them apart. An excerpt from the company’s blog reads:

The company says it took only two days to feed around 1 million images into GET3D using A100 Tensor Core GPUs– giving a sense of the speed and scale that will disrupt other tools designed to manually scan everyday objects. Its ability to generate textured 3D shapes is a game-changer for developers, helping them populate virtual worlds with exciting varied objects.

Another NVIDIA AI tool named StyleGAN-NADA allows to apply various styles to an object with text-based prompts. What’s more, is that the images will no doubt end up as USD (Universal Scene Description) file formats where industry players are pushing it to become an interoperability standard for objects.

Thus, the promise of a democratized creator economy of making money from uploading their images to sell on platforms like Sketchfab will become a thing of the past. With the new generative models, it won’t be too long before we will be able to enter a text prompt for the AI to generate a ‘metaverse’ from it.

Experts say that the fully realized 3D and immersive environments aren’t that far off, guessing that in less than 2 years, we could have a plug-in for Unreal Engine or Unity to generate virtual worlds where users could move through and interact purely with just a phrase or few words.

Will it ever replace traditional creators?

German-based tech entrepreneur Fabian Stelzer has created a set of sci-fi short videos 100% generated using these tools with community-driven narratives. It is exciting to see just how AI democratizes creativity.

But in the same breath, it’s removing big swathes of traditional creators who would be involved in such projects. Stelzer says, “The experience of being able to prompt a trailer into existence on the fly while discovering this world myself was incredibly thrilling, a glimpse of the future.”

In a polarizing move, visual media conglomerate Getty announced last month that it would be banning artwork with (AI) or artificial intelligence. “There are real concerns with respect to the copyright of outputs from these models and unaddressed rights issues with respect to the imagery, the image metadata, and those individuals contained within the imagery. We are being proactive to the benefit of our customers.”

A huge image repository used by media companies all over the world, Getty contains original  images and photographs – for a licensing fee – where subscribers can use them to illustrate their articles. Getty announced that any image made using programs such as Stable Diffusion, DALL-E, and Midjourney would be banned.

Thus, the question lies: Is it the creators who will win the AI race or those who use AI to create?

Andreessen was stunningly right about the ‘software’ eating the world, but AI is slowly gulping the Web3 creator economy.