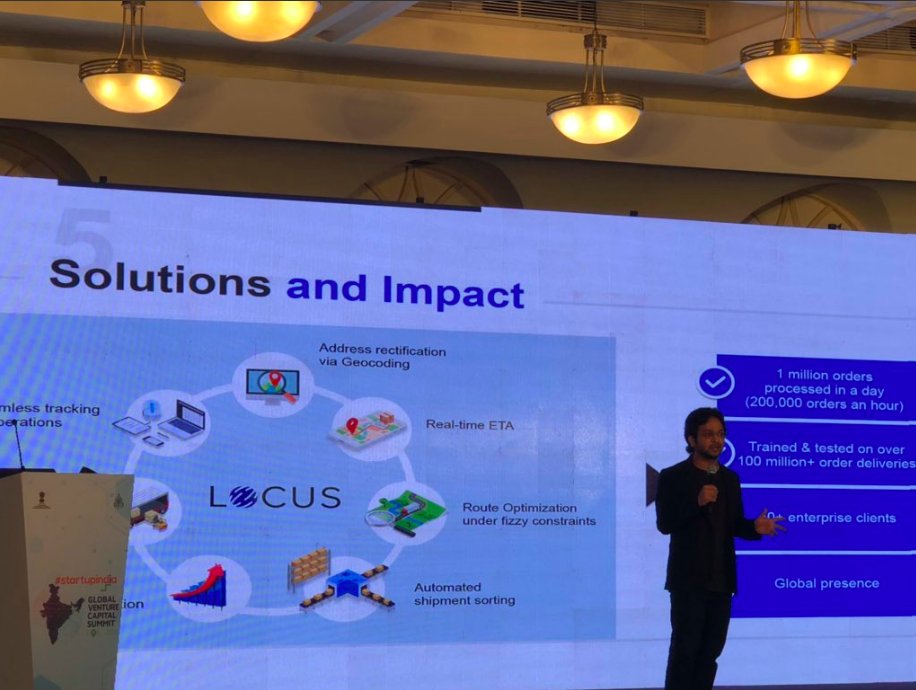 Locus, a logistics optimisation startup which is built on deep learning and proprietary algorithms secured $22 million in a funding round led by Falcon Edge Capital and its peer firm, Tiger Global along with its existing investors.

Locus founders, Nishith Rastogi and Geet Garg who are from BITS Pilani and IIT alumni had built an app called RideSafe which is a real-time route deviation detection application for women safety. The startup allows enterprises to do algorithmic-based route optimisation, real-time fleet tracking, insights and analytics including automated shipment sorting and rider allocation.

Falcon Edge Capital, the New York-based venture capital and hedge fund firm is one of the emerging active investors in the startup space in India. According to sources, the active firm is about to close several deals in areas ranging from artificial intelligence to urban mobility to financial technology. In April 2019, the firm invested $17 Million as a Series B round of funding to the retail intelligence platform in India, Vue.ai in order to ramp up the company’s team, deliver on its product roadmap and expand its customer base which already includes global retailers.

The report depicts that the logistics industry in India is projected to be worth $215 billion by 2020-21. Development of logistics related infrastructures such as dedicated freight corridors, logistic parks, free trade warehousing zones and container freight stations are expected to improve the efficiency. The industry’s growth will be mainly fuelled by the strides in manufacturing retail, fast-moving consumer goods including e-commerce sectors.

The startup works with clients in India, Singapore, Jakarta, Phoenix, etc. Some of their clients in India include emerging startups like UrbanLadder, BigBasket, Quikr, Lenskart, etc. Locus is working on a pay-per-transaction model with no overhead costs and is offering automated logistics for the enterprises in e-commerce, home services, retail, etc.

The report also includes that there is total funding of $26.75 million from the latest round of funding. Also in June 2018, the startup had raised $4 Million from Rocketship.vc, Recruit Strategic Partners, pi Ventures, and Hemendra Kothari of DSP Group. It also counts BeeNext, growX ventures, Manish Singhal, Bhupen Shah, Sanjay Mehta, Ankit Pruthi, Rajesh Ranavat, MD, Fung Capital among its investors.