AI Predicts The Winner Of US Presidential Election From Tweets 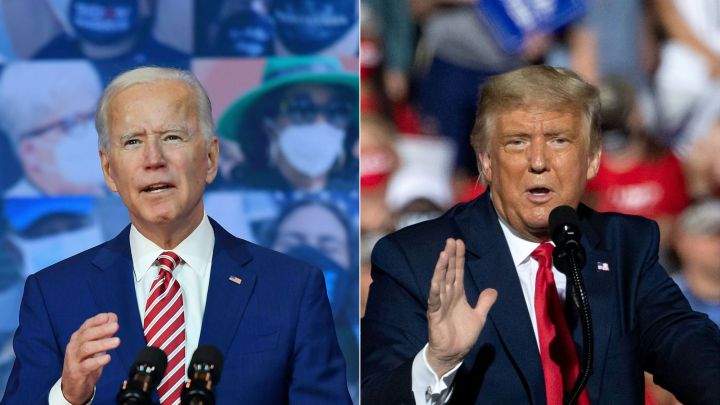 According to the news, Dr Hernan Makse, a statistical physicist at the City University of New York, has now leveraged the advanced AI technology to scan social media platforms in an attempt to predict the winner of this year’s election.

Dr Makse, when asked, told the media how he combined the technology of big data along with AI to understand the opinions on Twitter. This is done by developing an AI model, by collecting an enormous number of opinions by people on social media, especially on Twitter with one billion tweets, stated Makse.

Considering there is an enormous amount of activity that happens every election, the researchers utilise this information to train their machine learning model. Explaining further, Makse stated to the media that they trained a neural network, using AI in order to predict the opinion of every user on the social media platform. And with that information in hand, the researchers aim to predict the elections with a heavy statistical analysis on the results.

However, the method comes with certain limitations, revealed by the researchers. Makse stated that the models are yet not fully-ready to predict and call an election accurately. Explaining further he stated to the media that there are a few variables that one has to take into account — “one is the sampling bias,) which denotes that “even if you take 20 million people across the entire USA, your sampling is always biased – so our bias is the people who actually use Twitter.”

Explaining the results, Dr Makse said, for instance, “if we just take the raw data, so whatever people are talking about on Twitter without doing any of the weightings in or any of the scaling, there is a large advantage of Joe Biden to win by a large amount.” However, In instances “there is a large voter turnout of people living in rural areas, the penetration of Twitter is very low.”

Further, he said that another bias would be the voter turnout because it’s not possible to predict how many people are going to vote. So controlling these two variables are important for the AI tool to predict accurately. “So at the moment, we are actually trying to calibrate our model, based on the previous election, and including this election,” stated Makse.

Although Joe Biden is still continuing to be the favourite for the election, at this moment the AI cannot be ready actually to call the results. “I’m a scientist, and when we put some information out there, it has to be done scientifically with results showing a logistical analysis that we know that we assume, do not take into account all the variables that we would like to take. But, according to the models we have right now, the clear winner will be [Joe] Biden,” concluded Dr Makse.