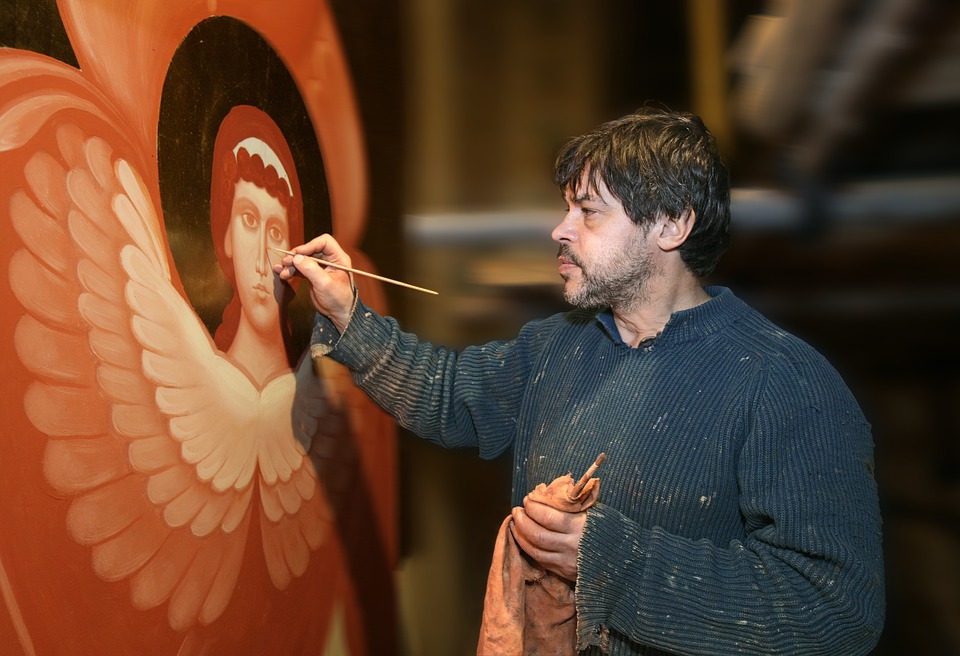 How Blockchain Has Found Revolutionary Uses In Politics, Art And The #MeToo Campaign In today’s day and age, artificial intelligence seems to be the only omnipresent being on this planet. It has affected human lives in a deep manner, so much so that there is an entire section of people facing unprecedented changes in their careers and lives. They are the artists. Artists have been far away from the effects and shocks of technology for many centuries. In fact, artists and the way they worked, communicated and expressed themselves, became the bedrock on which many technological innovations were based.

The relationship between art, AI and intellectual property is often complex. World Intellectual Property Organisation Director, Francis Gurry said ahead of the 2018 WIPO assembly that AI is going to make it harder for policymakers around IP relating to arts. Talking about how AI and IP laws will co-exist, he said, “AI is a new digital frontier that will have a profound impact on the world”. Speaking about the difficulty faced by creators and artists he said, “AI may indeed make it difficult for creators to capture the value of their work. ”

Steve Jobs had his own take on art and technology. He once famously said, “Ultimately, it comes down to taste. It comes down to trying to expose yourself to the best things that humans have done and then try to bring those things into what you’re doing.” This is how Apple was inspired by art and artists to create technology that would eventually change how artists create. One of the key motivations for creating iPhones and Macbooks was to create effective tools for artists.

Changing The Fortunes Of Artists

The last wave of technology helped the artists to spread their work more openly and to a large audience. And the large audience also stuck to the artists and became loyal followers. The power of Instagram for artists is there for all to see. Many artists credit Instagram for all the success and reach they have amassed during the last decade. Noted Bay Area artist, Laura Rokas said, “I’ve sold work through Instagram. I’ve gotten show requests from people who have found me on Instagram, and galleries and curators have contacted me over Instagram.”

With the widespread use of social media and AI-based technology, artists are able to reach an audience with no geographical constraints. Platforms like Facebook, Pinterest and others also use clever AI algorithms to recommend art and artists to their users all over the world. But on the other hand, there is always the problem of getting more attached to the medium than the art itself. Artists find themselves clinging to likes and comments and often lose focus of the art they are supposed to be engrossed in. Artists such as Rokas are in this dilemma all the time as she says, “Sometimes I just want to get rid of it because it encourages you to be on your phone, and I don’t like that obsession. At the same time, she says that if she deletes the app, she’ll miss out on opportunities.”

There is also a darker side to the introduction of dopamine inducing AI algorithms and technologically power social platforms. Brad Phillips in his article points out to problems on the social media realm, “People take screenshots of our work, disseminate it without our consent. In an age where a JPEG has almost as much value as the physical object, this is problematic. Artists I’ve known have had their work taken off Instagram and included in publications without being compensated, never mind notified.”

In a growingly complex world where AI is replacing artists the issue of how IP laws are designed affects the earning power of artists. Very recently, a British auction house, Christie’s auctioned an art piece created by an AI algorithm. Astonishingly portrait was sold for a jaw-dropping $432,500.

Gurry believes that AI will cause a lot of disruption on the production side of music and policymakers will have to work hard and think concretely about regulations and laws about AI in music. There are also chances that use of AI in music and others arts can affect business models and make producers try and experiment with different billing models to maximise revenue. Talking about the Indian scenario, Gurry was very hopeful. He said India has taken a lot of efforts to strengthen the IPR regime and was quoted saying, “There is an extraordinary reduction in processing time (of IPR applications). There is an improvement in the infrastructure of IP offices. ”

The bottom line seems to be that even if countries like India continue to work on getting IP regimes in place the omnipresence of AI and internet technologies will make it easier for artworks to be copied and re-built effortlessly hence making it harder for artists to get what they deserve.

How Blockchain Has Found Revolutionary Uses In Politics, Art And The #MeToo Campaign