All for Azure: Microsoft is Still in the Cloud Game

Last October, at the Microsoft Ignite event, the company also announced that text-to-image generator DALL.E 2 is also coming to the Azure OpenAI Service on an invite-only basis. 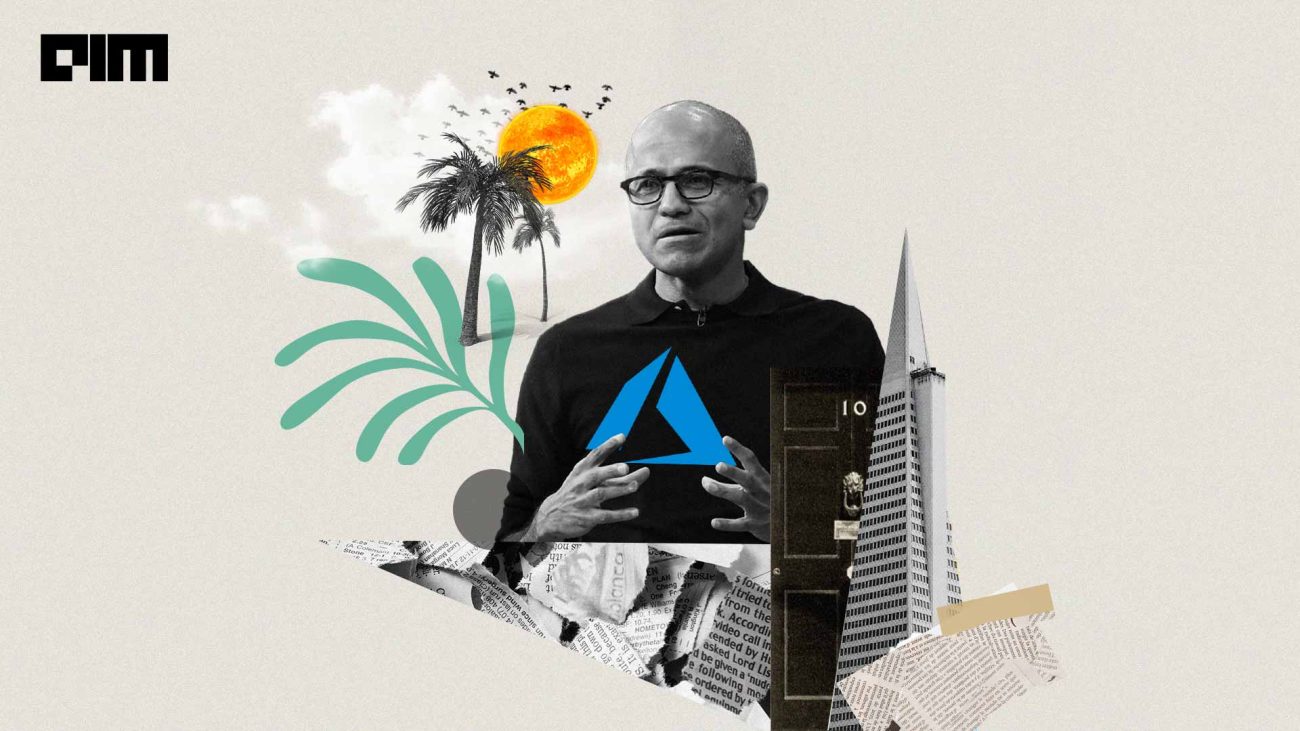 In a move that has caught industry watchers off-guard, Microsoft has bought ‘Fungible’, a startup that manufactured data processing units or DPUs. The acquisition, which was in the works since December, was confirmed by both parties on Monday. While Microsoft hasn’t confirmed the value of the deal, the price tag is rumoured to be a reasonable USD 190 million.

Why did Microsoft buy Fungible?

Bablani went on to state that the deal cemented the company’s “commitment to long-term differentiated investments in our datacenter infrastructure, which enhances our broad range of technologies and offerings including offloading, improving latency, increasing datacenter server density, optimising energy efficiency and reducing costs”.

Microsoft’s data centre engineering will now focus on DPU services for storage and networking according to the statement released by the company.

Founded in 2015, ‘Fungible’ was founded by Pradeep Sindhu, co-founder of IT networking company Juniper Networks and a former senior vice president of software engineering at Apple. Fungible’s DPUs are specialised processing devices which promised to offload processing from CPUs in a similar manner as GPUs do floating-point maths better compared to CPUs. Essentially, DPUs have more efficient storage and free up the CPU for processing.

Considering how difficult it is for customers to familiarise themselves with a new infrastructure design, Fungible’s ambitious plan took off for a hot minute—the company raised more than USD 300 million in a venture capital funding round led by Softbank Vision Fund.

But the company started struggling as the DPU market shifted towards players with deeper pockets, like NVIDIA and AMD. Jensen Huang-founded NVIDIA bought Mellanox’s ‘BlueField’, which originally popularised DPUs in 2019 while AMD acquired Pensando in 2022 for a hefty USD 1.9 billion to compete. If not for Microsoft’s offer, Fungible would have vanished in a segment crowded by much bigger competitors and dwindling venture capital money.

The purchase, however, also hints at Microsoft’s intent to quietly strengthen Azure.

Hyperscalers like Microsoft Azure, AWS and Google Cloud claim that the use of DPUs or its erstwhile form of smartNICs can improve data centre performance and bring down costs in the long run. In December 2022, at Amazon’s re:Invent, AWS unveiled the version 5 of Nitro cards which offer a DPU-like functionality.

Other deals to boost Azure

While the terms of the deal weren’t disclosed, Microsoft said that it would “expand [its] ability to further optimise its global cloud infrastructure” and “serve their cloud platform and services customers with strict latency and security requirements”.

Although HCF cables have been around since the 1990s, Lumenisity makes patented cables with an air-filled centre channel surrounded by a ring of glass tubes which fastens the speed and is able to deliver traffic rates ranging between 10 Gbps to 400 Gbps.

Microsoft isn’t just on a shopping spree to push Azure, it is looking at multiple routes to reach the endgame.

In July 2019, while making its second billion-dollar investment in the buzzy generative AI startup ‘OpenAI’, the terms were split between cash and credits to Azure.

In a Business Insider story, Gil Luria, director of research at investment bank DA Davidson, noted that Microsoft’s OpenAI investment will eventually “translate to significant underappreciated upside”. The sudden spotlight on the chatbot ChatGPT is “translating to incremental volumes for Azure”, according to Luria. He went on to add that OpenAI’s annual run rate of expenses come up to an estimate of between USD 250 million and USD 1 billion, “much of which is likely being spent on Azure”.

This just goes on to show that despite the hyperfocus on generative AI, Microsoft has seized all opportunities to promote Azure.

In October 2022, at the Microsoft Ignite event, the company also announced that the text-to-image generator, DALL.E 2, is also coming to the Azure OpenAI Service on an invite-only basis. This will allow select Azure AI customers—many of which are huge corporations themselves—to generate custom images on their own.

These tie-ins do much to advance Azure. The Azure Cognitive Services division also offers functions like language translation, optical character recognition and document summarisation which integrate other AI technologies developed by Microsoft. All of these functions have seeped into the company’s products and services like Microsoft Teams, Microsoft Power Platform and Microsoft 365.

Essentially, Microsoft is only doing what any smart company in its position would do—make hay while the sun shines.