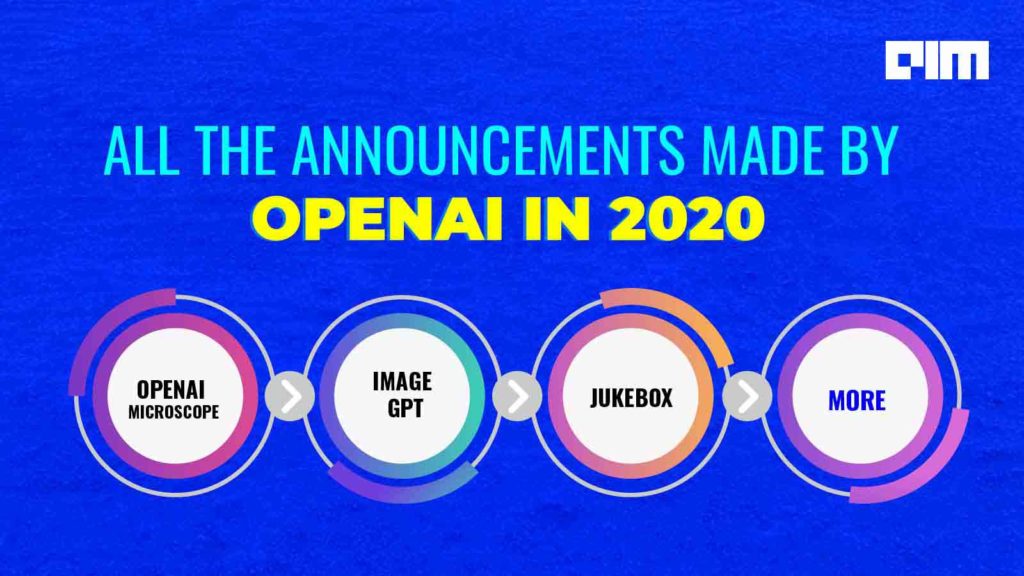 The researchers at OpenAI are striving hard to complete their mission of ensuring the benefits of AI to all of humanity. With that aim, this year, the popular AI lab has performed a number of researches and projects as well as made several exciting announcements in the field of computer vision, neural networks and reinforcement learning.

In this article, we have collated some of the biggest announcements made by OpenAI in 2020.

Learning to Summarise with Human Feedback

In October, researchers from OpenAI published a paper where they collected a large and high-quality dataset of human comparisons between summaries to train a model for predicting the human-preferred summary. Researchers then used that model as a reward function to fine-tune a summarisation policy using reinforcement learning. The method is then applied to a version of the TL;DR dataset of Reddit posts and found that the models significantly outperform both human reference summaries and other larger models that are fine-tuned with supervised learning alone.

As a part of the multiyear partnership announced in 2019, the AI lab has agreed to license GPT-3 to tech giant Microsoft for their own innovative products and services. In September, OpenAI announced the launch of a general-purpose “text in, text out” interface, which will allow its users to try any English language task virtually. This means one can now request access in order to integrate the API into a product for developing an entirely new application as well as helping OpenAI to explore the strengths and limits of this technology.

In July, OpenAI announced the support for the National Research Cloud initiative in order to direct more computations to academia. The initiative is meant for exploring the creation of shared cloud computing infrastructures for researchers.

In June, the popular AI lab announced the co-organising two NeurIPS 2020 competitions with AIcrowd, Carnegie Mellon University, and DeepMind, using Procgen Benchmark and MineRL. Procgen Benchmark is 16 simple-to-use procedurally-generated environments which provide a direct measure of how quickly a reinforcement learning agent learns generalisable skills. MineRL, on the other hand, is one of the largest imitation learning datasets, with over 60 million frames of recorded human player data.

The same month, OpenAI stated in a blog post that a large transformer model trained on pixel sequences could create coherent image completions along with samples. By building a correlation between sample quality and image classification accuracy, the AI researchers showed that the best generative model also contains features competitive with top convolutional nets in the unsupervised setting.

OpenAI has also introduced a new machine learning model known as Jukebox. Jukebox generates music while singing in the raw audio domain. Jukebox is a neural net model which generates music as raw audio in a mixture of genres and artist’s styles. This AI model is fed with genre, artist, and lyrics as input to generate new music samples that are produced from scratch.

In another announcement, the AI lab introduced the OpenAI Microscope, which is a collection of visualisations of every significant layer and neuron of eight vision “model organisms” that are often studied in interpretability. According to the blog post, the Microscope makes it easier to analyse the features that form inside these neural networks.

OpenAI, earlier this year, has announced that the lab is standardising OpenAI’s deep learning framework on PyTorch. The initiative is to make it easier for the OpenAI team to create and share optimised implementations of the models.