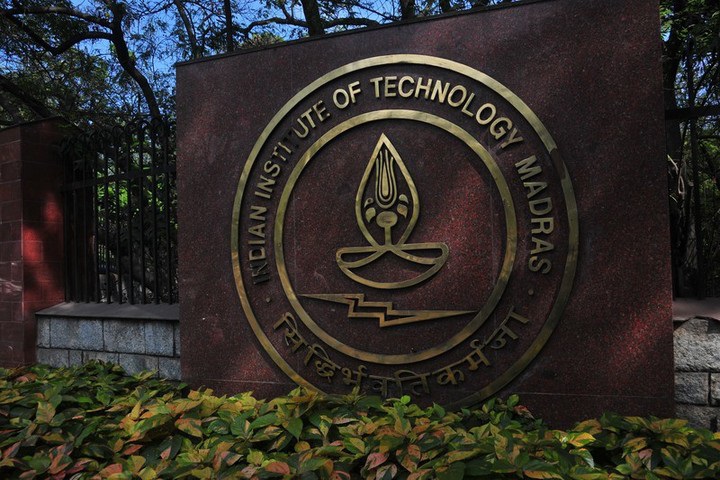 IIT Madras is one of the most active research hubs, along with being an excellent education centre in India if not the world. The institute always collaborates with other institutions, companies, government or other bodies to make new developments in AI. With the establishment of Robert Bosch Center for Data Science and Artificial Intelligence (RBC-DSAI) on February 6, 2019, it has accelerated and opened up the scope of research even more and widened the range of projects that are undertaken.

Below highlight some of the latest projects undertaken by the well-known institution in India:

Drones To Counter The Rogue Ones

A team mentored by Dr Ranjith Mohan, Ass. Prof, Dept. of Aerospace Engineering designed a drone to counter the rogue ones. The drone can visually track down other drones, hack into their GPS navigation system, force it to change its flight path, and make a safe landing. The team of students in Dr Ranjith Mohan’s mentorship designed a visual-based tracking system using deep neural networks to secure airspaces and land stretches efficiently by employing a group of drones. The motion detection can detect motion in the dark as well.

Around three weeks ago, the team from IIT Madras were a part of an international research project led by Queen’s University Belfast Research in the UK. This project aims towards making AI fairer and account for less discrimination problem within clustering algorithms. The fair clustering techniques developed in the past have been able to prevent bias in only one attribute — gender. However, this research team’s novel efforts have led them to achieve fairness in many attributes. The fair clustering algorithm is named FairKM, which ensures fairness in shortlisting in HR, outlines Dr Padmanabhan, Researcher at Queen’s University Belfast and an Adjunct Faculty Member at IIT Madras.

Eye in the Sky

A team at CFI, IIT Madras is building a drone that is equipped with AI and computer vision technologies to identify accurate and critical information about people trapped in disaster-hit areas and communicate the situation to the relief task force. This project makes itself unique because its analytical modules are based on the latest available tech with the team creating their own databases for some of the modules.

The people detection and Swarm Intelligence Modules are entirely state-of-the-art and are based on the experience of past data disaster management. This project won the finals of Indian Innovation Growth Programme (IIGP 2.0) University Challenge held at IIT Bombay.

A team of researchers at the institute led by Vishal Nandigana, assistant professor, Fluid Systems Laboratory, Department of Mechanical Engineering, IIT Madras developed AISoft, an algorithm to address engineering problems in various fields such as thermal management, semiconductors, automobile, electronics cooling applications and aerospace. According to researchers, this algorithm had been tested to solve thermal management problems.

The researchers used CNN or C-Gan to solve engineering problems, and this opens up the field for new researches. The team believes that their AI stands out from the commercially available software, and they plan to establish an AI startup with this algorithm, which tackles the engineering problems others aren’t.

The IIT Madras researchers developed an AI tech to convert the brain signals of speech of impaired humans into understandable language. A team of researchers led by Dr Vishal Nandigana, Asst Prof, Fluid Systems Laboratory, Department of Mechanical Engineering IIT Madras said, “The output result is the ionic current, which represents the flow of ions that are charged particles. These electrically driven ionic current signals are to be interpreted as human language, meaning speech. This would tell us what the ions are trying to communicate with us. When we succeed with this effort, we will get electrophysiological data from the neurologists to get brain signals of speech impaired humans to know what they are trying to communicate.”

The team of researchers are working on how these signals can be converted into human language. The research team has tested this concept by getting experimental electrical signals through experiments in the lab. They had been trying to get the electrical signals from nanofluidic transport inside nanopores, these nanopores were filled with saline solution and mediated using an electric field.

The team of researchers at IIT Madras led by Balaram Ravindran and NGO Armman are using AI to predict the risk of expectant mothers dropping out of healthcare programmes. The system will also improve targetted interventions and increase positive healthcare outcomes for mothers and their babies. Google recently undertook this project.

The team from IIT Madras led by Mitesh Khapra, Pratyush Kumar and AI4bharat are building open-source input tools for some of the not-so-well-known languages to accelerate the publishing of openly licensed content. This project, along with risk prediction for pregnant women was one of the six projects undertaken by Google recently.