All You Need To Know About Boston Dynamics’ Spot 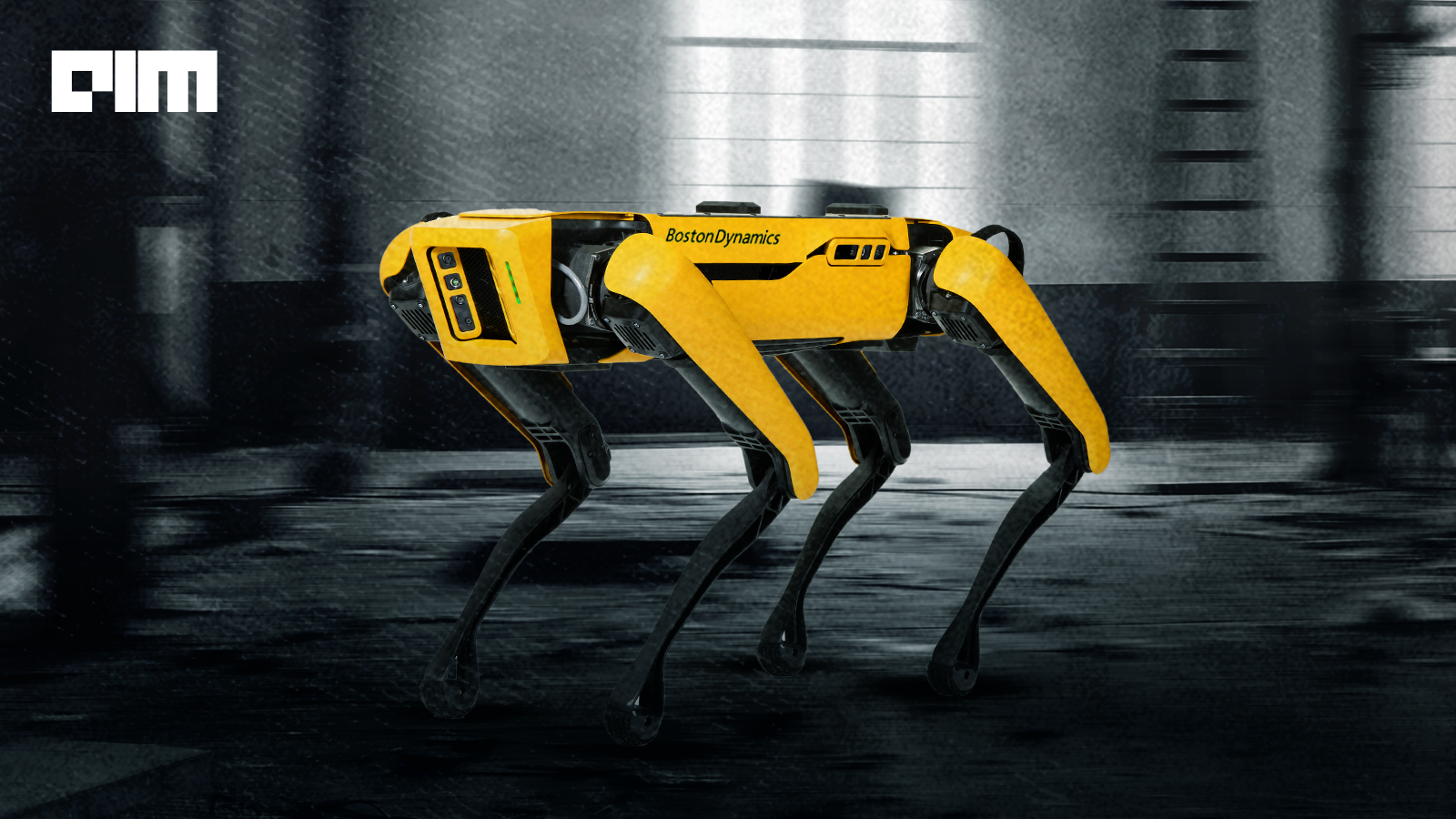 Spot robot, earlier called SpotMini, is a four-legged robot developed by American robotics company Boston Dynamics (founded in 1992 as a spin-off from the Massachusetts Institute of Technology and currently owned by the Hyundai Motor Group).

The dog-looking robot was revealed by Boston Dynamics in 2016.

Spot weighs only 25 kgs and is 83 cm tall. Spot can perform a number of functions including climbing stairs and navigating rough terrain with ease. It is small enough to be used indoors.

Why is Boston Dynamics’ Spot so popular?

Spot’s USP lies in the fact that it can be at places where other wheeled robots cannot– all of this while carrying payloads of up to 14 kg of inspection equipment. Its maximum speed is 1.6 meters per second and it comes with a runtime of 90 minutes, with swappable batteries. Spot can be controlled using an intuitive tablet application and built-in stereo cameras.

So far, Boston Dynamics has developed two models of Spot:

Spot has been made commercially available since 2019.

Sport Explorer is designed for developers who want to explore flexible mobile robots. Its functions can range from tasks for industrial inspection to entertainment. It comes ready to operate with flexible API and payload interfaces. Additionally, it can be customised for other applications.

What is Boston Dynamics’ Spot Enterprise

Spot Enterprise, meant for sensing and inspection in remote or hazardous environments is self-charging, allowing it to autonomously perform routine or on-demand data collection without human interaction. Its built-in dock detection and tablet interface allows it to return home to charge at the push of a button or call of a programme, without requiring operator directions.

Spot’s applications include the following:

Spot has been used during NASA’s Jet propulsion lab to explore martian-like caves; energy giant National Grid is using Spot to keep its employees safe and ensure uptime at a critical facility, and it has performed an inspection in Kidd Creek Mine to enable operators to keep distance from hazards.

In 2019, Spot was reported to be used by Massachusetts State Police. The police ‘borrowed’ Spot in two unnamed incidents and for evaluating the robotic dog’s capabilities in law enforcement applications, especially for remote inspection of potentially dangerous environments.

Earlier this year, Spot was making headlines after it appeared alongside soldiers during a French army military exercise. According to media reports, Spot was being used for reconnaissance during a two-day training exercise.

This move raised eyebrows about how and where the robot would be used in the future.

The global robotics technology market was valued at $62.75 billion in 2019 and is expected to reach $189.36 billion by 2027, growing at a CAGR of 13.5 percent between 2020 and 2027. While Spot is a fairly popular robot, there are other competitors unveiled in the last couple of years that have been trying to shift the spotlight away from Spot and on to themselves.

Earlier last year, Chinese robotics company Unitree uncovered a new four-legged robotic dog. Experts have been comparing it with Boston Dynamics’ Spot. As compared to Spot, Unitree’s robot is only one foot wide and two feet long, and its walking speed is about 10 ft per second or seven miles an hour. With flexible joints and a strong motor, Unitree’s robot dog can jump and take flips. It weighs about 26 pounds and has a battery life of two hours.

Similarly, earlier this year, developed by Iranian concept designer Amin Akhshi, SN-3 Nova posed competition to Spot. The machine, powered by a 48V lithium-ion battery, is loaded with a 3D laser scanner and HDR camera for advanced vision to tread in low-lit conditions. It is built to accompany maintenance technicians for inspection and repair tasks in places where it is too dangerous for humans to venture.