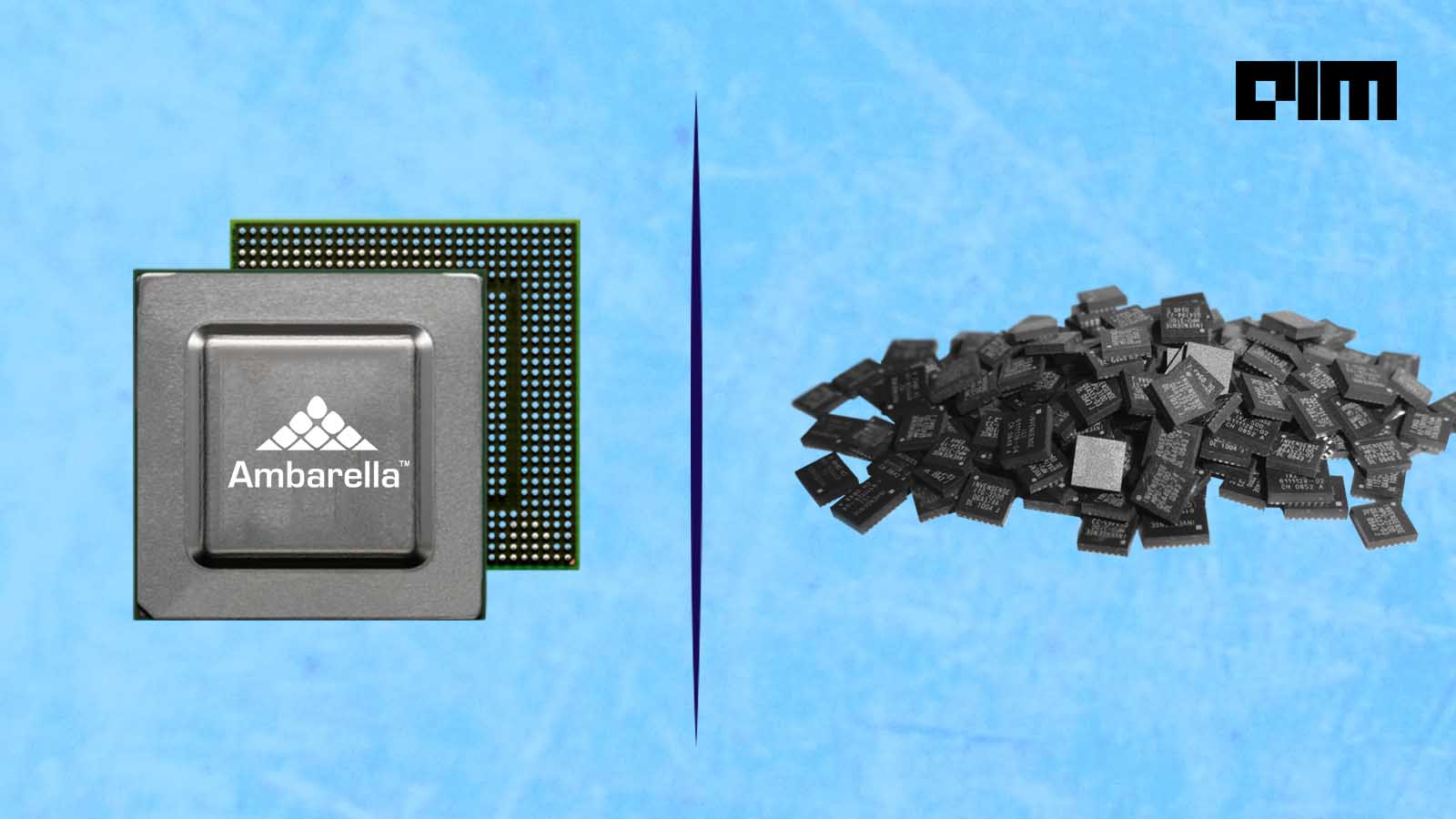 With the recent news, chipmaker Ambarella had announced the launch of its new computer vision chip for edge AI applications. Designed to bring massive AI processing power, this chip claimed to be used for innovative edge applications like autonomous vehicles, smart cameras, and consumer devices like drones, robots, to name a few.

The company, Ambarella that went public in 2012 with its computer vision chips for security cameras, launched this new CV28M camera system on chip (SoC) to add on to its CVflow family, according to the official statement of the company. The SoC combines advanced image processing power along with high-resolution video encoding, and computer vision processing in a single, low-power design. As a matter of fact, considering the majority of data centre processors undergo significant data traffic leading to lag in data processing, it has been believed that doing so locally would omit such issues. Thus, Ambarella’s new launch of computer vision chips for edge AI applications cannot come at a better time. With companies, as well as individuals, getting cautious of sharing data, processing at edge devices will be the right way ahead.

With that being said, without any doubt, the AI chip industry has always been massively dominated by companies like Google, Qualcomm, Graphcore and of course Intel and NVIDIA, which, for a long time, overshadowed Ambarella’s efforts into this industry. Therefore, in an attempt to capture a position in the AI chip industry, the company launched its system on a chip, building on its strongest portfolio.

Also Read: Hot AI Chips To Look Forward To In 2021

Ambarella has specialised itself in computer vision chips with low power consumption for edge AI applications in 2018 with the launch of its CVflow architecture. With $220 million in revenue generated last year, the company has gradually been able to make its stance in the AI chip market, competing with the likes of Intel and NVIDIA.

That being said, Intel has been giving a tough competition to Ambarella in the drone market, when a few years back, one of its customers — DJI Innovations opted for Myriad 2 computer vision chip by Intel’s Movidius. Further with Intel coming up with more advanced and deep learning-based Myriad X, and Qualcomm with its Snapdragon Flight Drone Platform, Amberella ended up having slim chances to tap growth in this space. But with this newly launched chip, the company is planning to position itself ideal for edge processing, particularly for low-power applications.

Along with this, Ambarella’s new chip also hopes to take advantage of the booming market of advanced driver assistance systems (ADAS) in vehicles. But with Intel’s deep learning capabilities and its in-vehicle solutions like Atom automotive processors and Mobileye’s latest fifth-generation EyeQ chips, the company wins a massive lead, enabling a full autonomy in vehicles. What’s more — with partnership in the automobile industry and a deeper pocket for R&D and marketing, Intel’s Mobileye holds a better position in the ADAS market. This, in turn, made Ambarella an overlooked participant of the AI chip industry.

Apart from Intel and Qualcomm, the company also faces major competition from Huawei’s HiSilicon Xilinx, Xperi, Texas Instruments etc. in the low-end market as well as in the automotive market. Further, two of its major Chinese SoC customer’s — Hikvision and Dahua for security cameras — got blacklisted last year by the US trade, making it even more difficult for the company to get back in the game.

However, the company is trying to map its competitive position in the industry with its new CV28M camera system on a chip. This will not only provide advanced AI performance for security cameras but also allow connection with a wide range of sensors process data required for navigation in robotics.

With such pointers in hand, it, therefore, could easily be established that though Ambarella’s new AI chip might help the company retain its existing customers and gain some advantage, it indeed would be difficult to compete against its larger rivals. Nonetheless, amid COVID, the company believes that the increasing demand for security cameras and body temperature scanning can help in surging its growth. Additionally, its partnership with Hella is hoping to help the company in matching the scale of the semi-autonomous and autonomous vehicle market.