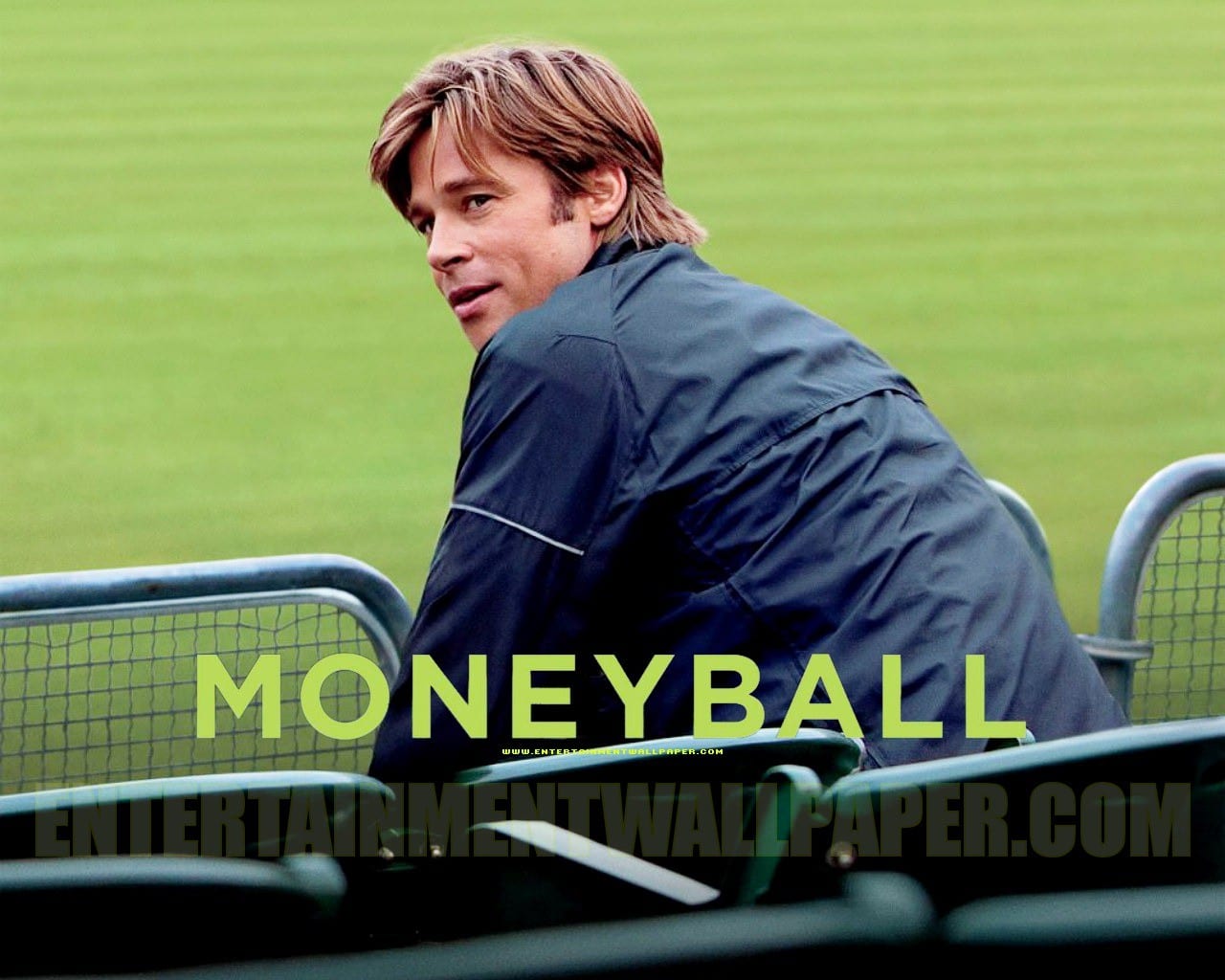 “Moneyball” is not only the name of an acclaimed book that was made into an even more applauded movie. And it’s not just how a low budget baseball team used analytical gauges of player performance to compete successfully even against competitors who could and did spent more money. “Moneyball” is about analytics and how businesses in any field, including gaming, develop a “game changer.”

A “state of business analytics” report was issued last year by Bloomberg Businessweek Research Services. In its survey of corporate executives across the globe, business analytics was identified as having “gone mainstream” with more than 97 percent of the businesses reporting some form of use.

Yet just as interesting, this same survey showed that the vast majority of companies still rely on older performance indicators and simply do not take advantage of what analytics can do now. According to the report, for many companies, spreadsheets are still the number one tool used. As a result, their findings reveal that analytics is still in the “emerging stage.”

This article takes a look at all the ways analytics today is a “Moneyball” and an added advantage for the companies that use it effectively. In particular, it presents examples of how casinos are using it and in what way operators can move beyond the “emerging stage” to what more can be done.  It’s a “who, what, how and why” – although not in that order.

The “What” Of Analytics

There is no universally agreed-upon definition of analytics. In practice, it is how an entity arrives at an optimal or realistic decision based on existing data. Business managers may choose to make decisions based on past experiences or rules of thumb, or there might be other qualitative aspects to decision making. Unless data is considered, it cannot be considered a calculated analytical decision.

Taken as a whole, analytics has been used in business since time management exercises were initiated by Frederick Winslow Taylor in the late 19th century. Henry Ford measured pacing of the assembly line, thus revolutionizing manufacturing. However analytics began to command more attention in the late 1960s when computers were used in decision support systems. Since then, analytics has evolved with the development of enterprise resource planning (ERP) systems, data warehouses, and a wide variety of other hardware and software tools and applications.

In 2011, the film “Moneyball” retold the real-life story of Billy Beane, general manager of Oakland Athletics, whose baseball team created an American League record by winning 20 consecutive games. The players on that team were picked by a computer based on an analysis of baseball statistics rather than just the collective wisdom of coaches, scouts and managers, the traditional method. Not only did analysis create a winning team but at a third of the budget when compared to the baseball super club New York Yankees that spent $125 million dollars to go on the same unbeaten run.

Analytics has rewritten the rules of competition for a variety of industries and sectors including gaming. It is being used across a range of business objectives, whether it is for higher revenues, increased profits, new product launches or to better understand consumer behavior.

Harrah’s Casino may have been the first to dig deeply and systemically into its data. In doing so, the operator identified something that was contrary to conventional gaming wisdom. Harrah’s identified that its most profitable customers were unique to its operations and not what other casinos identified as their players. Harrah’s players were the ones playing slots on a regular basis vs. table game high rollers who wagered much but not as frequently. To leverage this insight, Harrah’s created marketing programs to attract and retain these more money-making customers for them. And accordingly, this insight is reportedly what sent them on the path to becoming the first casino operator to introduce a loyalty program for players.

Other examples of analytics in businesses are abundant and range from small businesses to large corporations. A look at some which show how businesses and even gaming operations could benefit:

The “How” of Analytics

The analytics is based on how everyone, including customers, is unique in behaviors and habits. As a result, different things appeal to each different. A study of these individual habits can be assembled and in turn, form into a pattern. Interpreting these patterns is key to understanding customers.

Overall, there are usually four key steps to the analytical process:

While scientists have been utilizing the above mentioned technique for a long time, businesses are just beginning to use it. Largely, analytics requires a strong commitment to the scientific process and a systematic approach to create a TEST & LEARN environment where there is constant testing, learning and evolving to create increased bottom line benefits for a company.

The “Who” of Analytics

The overall process as well as many of the tools that companies use for data analysis can be complex in nature and typically businesses will turn to experts to lead these efforts. Quantitative and technical skills are core requirements for any analyst and turning a regression equation or manipulating a spreadsheet is only the beginning.

Business knowledge and design skills make good analysts more than just the backroom statisticians. An effective analyst needs to be proficient not only with data but also with people. Relationship and consulting skills enable analysts to work effectively with their business counterparts to conceive, specify, pilot and implement analytical applications. Assigning analytics to the right professionals should be a priority when a business is planning an analytics implementation.

Getting the right talent will be challenging as according to Gartner, a leading information technology research and advisory company,  a shortage of analytical talent will be a major impediment in 2012 for companies trying to build analytic capabilities.

The “Why” of Analytics In Gaming

Analytics has been utilized to improve businesses across all sectors and geography. The gaming industry is no exception.

The gaming industry is highly competitive with casinos, large and small, implementing aggressive strategies to attract and retain patrons. To maximize occupancy and profitability, casinos and resorts exploit in-depth knowledge of their current and potential guests. By understanding patron needs, behaviors, wants, and expectations, gaming destinations seek to achieve peak levels of attendance and retention.

For casinos, analytics provides the basis for the development of more effective marketing promotions and loyalty programs and can help ensure a superior guest experience. With analytics, operators can better understand why customers and players take particular actions and anticipate what actions they might take in response to specific offers. Analytics assists in developing marketing campaigns that boost customer loyalty and profitability.

In particular, gaming organizations also have a need for better control of overhead, to proactively detect and mitigate fraud and other risks, and to achieve full regulatory compliance in a heavily governed sector. Analytics can function as a cross departmental focus.  It can be tasked to look into operations across properties, including gaming, hotels, catering and dining, and retail stores, as well as back-office functions such as finance and accounting, human resources and legal.

Below are two examples of analytics at work:

Problem:  Mid-sized casino is intent on profiling their existing customers, especially to learn how it can assist them in acquiring a new customer base

Approach: Profiling was based on a number of variables: number of patrons on different gaming days, their actual win, geographic location, and other factors.  In the exploratory analysis, decrease in revenue and decrease in number of patrons from specific geographies was observed. In addition, factors like the contribution of rated/unrated players over time were explored. Also included was a division of the population in the age bands based on the frequency at which they have visited and adjusted for role of seasonality and impact of the economic climate.

Outcome: Using this approach, analytics was used to:  determine target market, analyze the performance of the players by age groups, identify potential target market based on demographics, and model investment v/s expected incremental returns. Utilizing this data, the casino is expected to better retain existing high worth players and to attract new audiences from different spending groups that have high worth.

Another example showcases how to analytics was used to develop a more targeted online advertising strategy, a new and evolving tactic that’s such as important for casinos as others in retail environment.

Problem: Develop an advertising approach to effectively use the webpages “targeted ad model” for higher efficiency, basically for results including higher clicks and ad revenue. The key to online ads as it is in all advertising is for the right message to be exposed to the right person.

Approach: An analytic framework was developed to identify a customer’s likelihood of getting an ad based on the suitability. This framework accounted for the profiles of registered users combined with demographic, clickstream data and other factors. Logistic regression and discriminant analysis was used to build models which would help the client to place ads based on gender or age of the visitors. As per this model, the age and gender of the unknown visitors was to be predicted. This helped in customizing the ads to the profile of the visitors. A model was built on previous data and the validation was done on the current data. The classification was highly accurate for the gender based model.

Outcome: The new gender based model was proven as far superior.

In all, analytics in casino operations today is and can be used for a variety of objectives:

Analytics is a sustainable differentiating strategy for many companies, in and out of gaming. It is not about one single insight but about a set of processes, a way of using data and incorporating it into decision making that really helps transform a business.

Analytics allows companies to maneuver and adapt to changing business conditions and to be much more likely to anticipate changes in the customer’s behavior and market trends. With analytics, companies have the information needed to transform from average performers to leaders in their industry.

Keep in mind the full title of the book was “Moneyball: The Art of Winning an Unfair Game.”  Then the next time you step into a casino, stop for a second and question what brought you there. And don’t be surprised if analytics had a hand in it. With 12 years of relevant industry experience, Karan is a graduate in Management Information Systems from Virginia Tech and is an MBA in Finance from the University of Maryland. After spending 6 years at Capital One in the Credit Risk & Review functions, Karan has consulted at Fannie Mae, American Express and, most recently, British Telecom. At British Telecom, Karan was responsible for developing a process to analyze results at a consolidated Global level. As a Director at IQR, Karan is responsible for enhancing our client delivery as well as bringing a new perspective to our current analytical solutions.