Analytics in Indian Banking Sector – On A Right Track 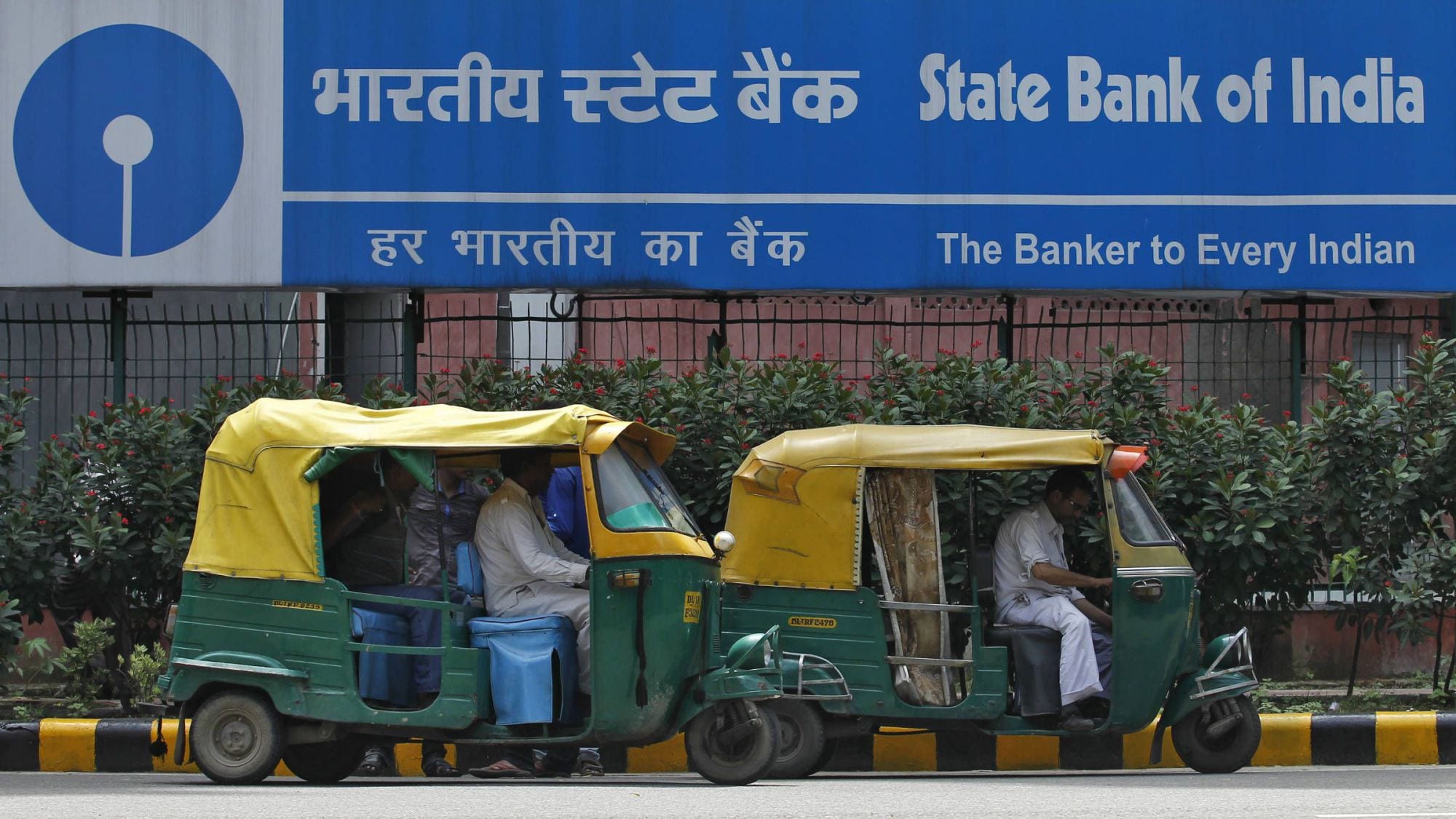 In order to stay competitive, banks in India are taking the data analytics route to lure new customers, retain them, find opportunities to upsell and cross-sell and minimize their own losses.

According to an article published in LiveMint, one of the first instances of the use of analytics can be traced back to the early 2000s when HDFC Bank Ltd, put in place a data warehouse and started investing in technology that would help it make sense of the massive troves of unstructured data captured by its information technology (IT) systems.

From 2004 to 2006, they set up a basic backbone for analytics in terms of an enterprise data warehouse. With the analytics engine in place, HDFC Bank can track every aspect of a typical customer’s financial habits. “For example, we can determine whether the customer has an active account or he’s just having a salary credited to his account. Am I the primary bank account for this customer or am I just another account?” explains Munish Mittal, senior executive vice-president of IT at HDFC Bank.

The analytics tools also gives the bank insights into personal habits of its customers, allowing it to promote offers accordingly.

Analytics is also used to reduce chances of money laundering by identifying suspicious activity such moving money to multiple accounts, finding large single-day cash deposits, opening a number of accounts in a short period of time or sudden activity in long-dormant accounts.

Using analytics, the bank is also able to keep track of credit histories of customers and can hand out loans accordingly.

When it comes to business analytics, HDFC Bank has ambitious plans to achieve new insights. To that end, the bank is planning to include analytics in its future strategic decisions, including geographic expansion, channel efficiency measurement and resource allocation.

The 2007 subprime mortgage crisis in US had repercussions in India as well. Banks were required to deal with challenges of reduced liquidity and rising interest rates and still ensure that their customers remained happy and loyal.

ICICI bank identified Debt Collection as key process where a friendly approach could improve customer satisfaction. One of the important steps in the debt collection process was choosing the appropriate customer-approach channel for each case. The bank management, with the aim to transform debt collection as a customer retention tool, decided to use technology to achieve the objective.

An article published in SearchBusinessIntelligence explains in detail the novel approach to debt recovery which ICICI bank adopted:

ICICI Bank’s defaulter bucket comprised serious delinquencies (high risk) and early delinquencies (low risk). The bank employed a ‘centralized debtors allocation model’ to allocate the right set of delinquent cases to the most appropriate collection channel. Post the allocation, rules are run on SAS BI, which generates a reverse up-loadable file that captures the details of each delinquent case and the channel and collector/collection agency to which it needs to be allocated. 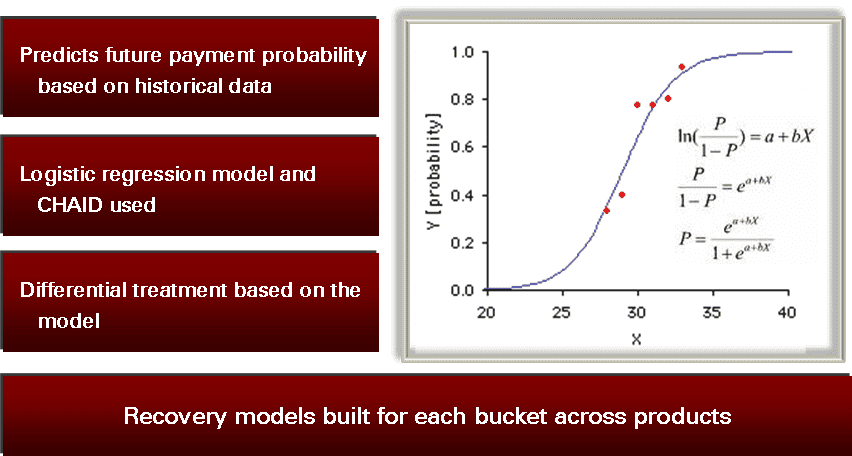 The bank uses multiple channels for debt collection. This includes non-intrusive channels such as SMS, e-mails, IVR, dunning letters, and reminder calls through the call centres, which are used to handle early delinquencies. The serious delinquents require a personal visit or may even need initiation of legal action.

Using analytics across the spectrum has brought about a number of efficiencies in the process. As Vyom Upadhyay, DGM – BIU at ICICI Bank points out, “The highlight of the debt collection project was the ability to understand the allocation logic across the country, and put that in a consistent framework that got the best of local flavour and central models. This, along with extensive use of data and models to evaluate performance and prioritize or de-prioritize collections, has been widely recognized as the best-in-class use of analytics in collections.”

Amit Sethi, CIO, Axis Bank, in an article published in CIO & LEADER says, “…if we talk about Axis Bank, we have been using analytics in almost every sphere. For example, when our sales guys are pitching to a client for some loan, we try and find out what the background of the customer is and what the likelihood of him taking a particular loan is.” Axis Bank has seen the productivity of the sales staffs increase by five times in the last financial year.

Axis Bank also uses analytics to increase customer loyalty and reduce loan prepayments due to refinancing with other institutions. 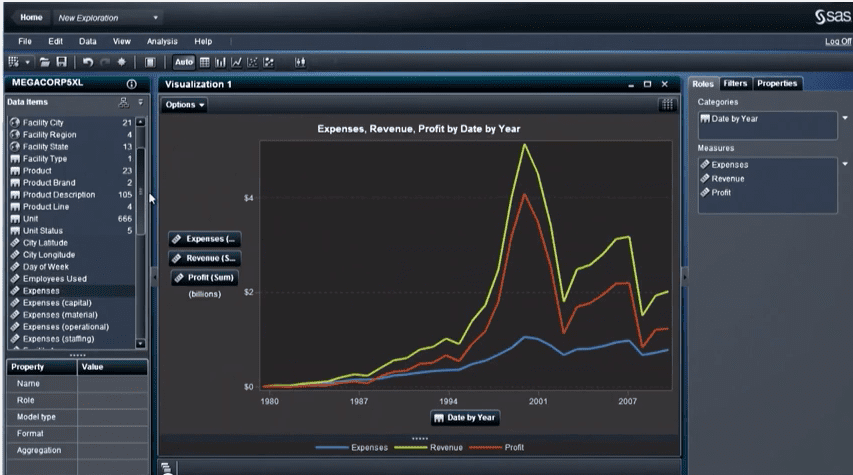 Axis Bank uses SAS to provide customer intelligence across the organization. The SAS tool also helps the bank to improve risk management throughout the organization by giving them early warning signals.

ING Vysya (now acquired by Kotak Mahindra Bank) felt the need for business intelligence (BI) implementation when the bank started noticing how different end users attended meetings with inaccurate reports. They required a solution to help users generate accurate and timely reports. With the help of SAP BO, they created a common data repository which helped users get accurate reports and in turn improve efficiency.

ING did not limit its use of data analytics to generating accurate reports alone. To follow the AML (Anti Money Laundering) guidelines around fraud analysis, the bank deployed a tool that could identify complex schemes/ transactions.

The tool offered the advanced analytics of a neural network scoring engine with a customized scoring model. In an interview given to SearchBusinessIntelligence Ashok Rao, Chief of Staff at ING Vyasa Bank says: “This component uses advanced pattern recognition technology, to give users a highly effective way of detecting potential money laundering activity. For example, if a customer structures the transactions regularly below a threshold, say, Rs.50,000 to avoid quoting of PAN details, the engine can search the entire database to detect similar patterns and throws up alerts.”

The neural network compares the characteristics of a customer’s financial activity with the custom-model and records the patterns of behaviour for each account holder. It then assigns a score reflecting the degree of risk for each transaction. The tool has a built-in ‘learning’ mechanism whereby the system learns or records the genuine behaviour or pattern of transaction. This feature helps the investigator in reducing repetitive alerts or false positives.

The tool also provides link analysis to investigate financial similarities between apparently unrelated accounts to detect money being moved across accounts. It helps in establishing connecting patterns in potentially fraudulent transactions by scanning a history of transactional data.

State Bank of India-Adding Social Media to the Mix

An Economic Times article highlights SBI’s use of analytics.

SBI’s data warehouse has over 120 TB of data and receives an additional 4 TB of banking data a day. The bank has hired about 16 statisticians and economists over the past few months and plans to build about 60 models in the next year. They are applying their data models to education loans, automotive loans, housing loans, SME loans to try and reduce the percentage of them going bad.

For instance, in case of an education loan, they combine data from their bad loans, income tax departments, credit ratings agencies to identify suitable candidates and then send them reminder messages on Facebook.

They are running studies on which colleges in which cities show the most delinquencies in student loans and how to adjust for the increased risk. They also use analytics to determine where ATM branches should be positioned and how much cash should be placed in them.

To sum up, though Indian banks are still far behind in using data analytics when compared to their western counterparts, they are on the right track. In future, the effective use of their data will determine the winners from the losers.