The olympiad received 1000+ registrations from all over the country. After undergoing two stringent rounds, nine participants gave a presentation at Shiv Nadar University, Delhi NCR, before an esteemed jury panel. 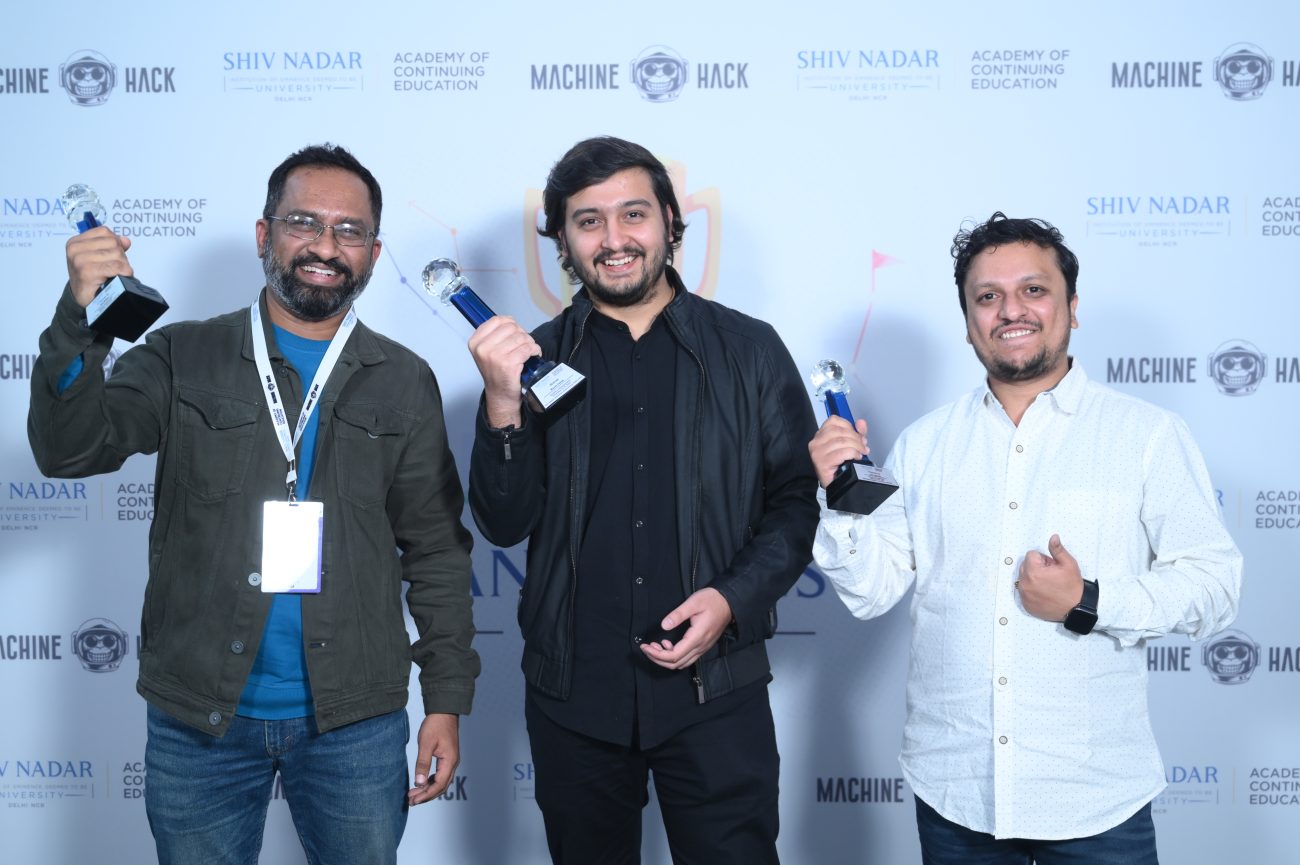 The competition began on September 30 and concluded on November 6. The two-month-long championship was designed to strengthen the data science community in India and pave the way for innovation. In addition, it was an opportunity for participants to showcase their technical skills and potential in business analytics to prospective employers.

The event was a roaring success, with over 1,000 registrations from across the country. After stringent qualifying rounds, the top 9 participants got an opportunity to make in-person presentations before an eminent jury panel at the Shiv Nadar University, Delhi NCR. Aman Garg, Head of Data & AI, DSP Mutual Funds; Anubhav Srivastava, Head of Data Science, Digital Ventures, and Rishit Jain, Director of Product Management, 1mg Technologies, formed the jury for the Analytics Olympiad.

The winner received a grand prize of INR 1 lakh. The runners-up in the second and third positions were awarded INR 30,000 and INR 20,000, respectively.

The problem statement for the participants was to create an ML model that would help an insurance company determine which insurance claims to accept for reimbursement and which to reject.

Bagging the first rank was Manish Pathak, a BITS Pilani graduate with a dual degree in Electrical and Electronics Engineering and Masters in Physics. Naturally inclined to it, Pathak started exploring data science in his pre-final year. He is currently working as Senior Data Scientist at MiQ Digital India, an ad-tech company where he started as an intern. “Since data science is huge and rapidly evolving, I still learn something new every day,” Pathak said.

Varun Jagannath bagged second place in the hackathon. The data scientist from Hyderabad currently works at DBS and thinks of MachineHack as one of the most useful platforms for data science.

Rishi Madhav earned the third rank from Bangalore. He has 16+ years of diverse experience from engineering services to automotive & manufacturing. Madhav is interested in the data science and machine learning space and is enthusiastic about building data-driven solutions.

Apart from the hackathon, three-panel discussions among eminent and experienced personalities were conducted during the two-day event. The insightful session explored several aspects of the data industry for veterans and beginners alike.

The first discussion started with Megha Sinha, VP of AI-ML, Practice at Genpact, addressing the importance of collaboration between industry and academia. She spoke about how stakeholders can bridge the gap by setting up CoEs to supplement the existing programs in institutes. She also suggested that companies take more R&D initiatives and bring an entrepreneurial mindset to the campuses.

Further, Satyam Mukherjee, Associate Prof, SNU, pointed out that to turn analysis and have high-impact data, industries need to take a step ahead to share their bit of data with academia for a strengthened collaboration. Bhaskar Roy, Client Partner, Fractal AI, emphasised the importance of students knowing how to leverage their knowledge to solve real-world problems. Finally, Deependra Singh, VP and Head of Data Science & Insights, Network18, suggested that research should be of an utmost priority since the projects are a futuristic requirement for a company. The panel session concluded with some actionable insights from the leaders.

Moderated by Rishab Parashar, Head of Digital & Performance Marketing, Orient Electric, the second panel jumped straight to how one can figure out if they are the right fit for the exploding data analytics. The performance-based panellists included Rahul Goswami, Associate General Manager and Head of the Deal Acceleration Program at HCL Tech; Ruchi Bubber, Head of Sales Analytics – Pernod Ricard; and Vishesh Gangal, Head of Analytics Solutions & Consulting at WNS Global Services. They touched upon several points on why data science and analytics careers are relevant and important. They also gave their two cents on measures that can be taken by young professionals and students entering the data field.

Bubber, explaining the significance of data, said, “Data analytics is not about algorithms or number crunching. It is about making a difference to the business by making it more impactful.”

The third discussion focused on the future of the data science and analytics industry. Sreekanth Menon, VP and Global Leader, Genpact, kickstarted the discussion by stating that 11.5 million jobs will be generated worldwide by 2026. Answering what the future of data science holds, Rajat Mathur, Partner at Boston Consulting Group (BCG), said, “As long as you are addressing a problem and value is being created, there will always be a future for this technology.”

The event also had a keynote session by Prof. Pradeep Chintagunta, Joseph T. and Bernice S. Lewis, Distinguished Service Professor of Marketing at the University of Chicago. He said about data analytics, “One thing that becomes increasingly clear when you start looking at data is that there is always a gap between data and insights. Also, just because a pattern looks different doesn’t mean it is an insight.” Further, he spoke about people in data science not realising that data comes from people, so it is necessary to respect privacy as well as the sanctity of the data.

In conclusion, the two-day event highlighted the need to understand data in several sectors – industrially and academically. The panel discussions shed light on the current state of data science and analytics as well as what the future holds for newbies in the field. In addition, the panellists dug deep into their personal experiences, imparting knowledge and insights into what led them to the key positions they hold in their respective organisations today. Both Academy of Continuing Education at Shiv Nadar and Machinehack need to be congratulated for creating such a unique collaboration for working professionals in the field of data science and analytics!