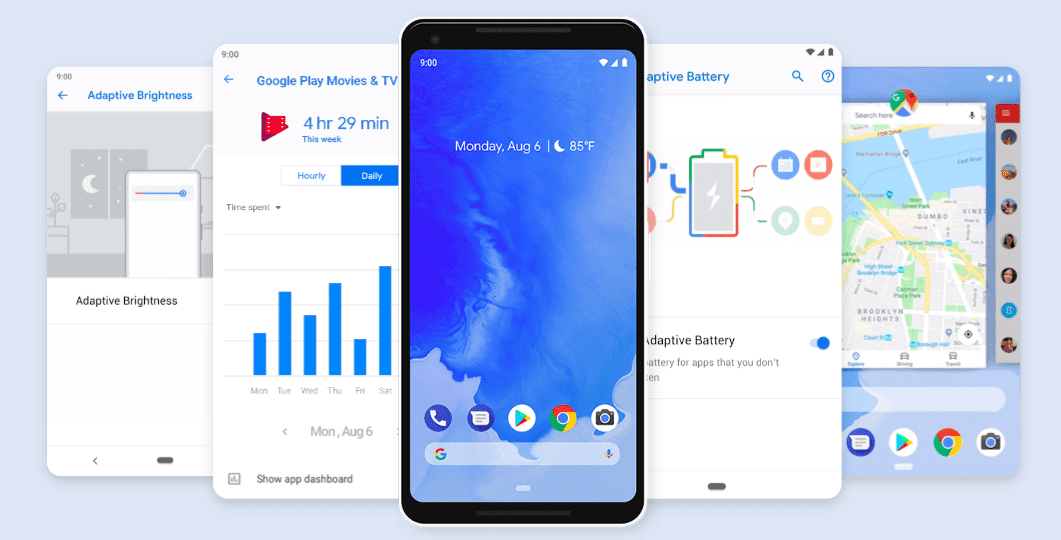 Google on Tuesday rolled out Android Pie, its highly-anticipated mobile phone operating system. This OS’ major updates focus is on artificial intelligence, which will allow the system to “learn” from the user and customise the Android experience.

With the Android Pie update, the search engine giant has promised that the phone would become more and more tailored and customised with the user’s behaviour and usage. “We’ve built Android 9 to learn from you — and work better for you — the more you use it,” said Google in an official statement.

From predicting next task so that the user can jump right into the action he/she want to take, to prioritising battery power for the most-used apps, to helping the user disconnect from the phone at the end of the day, Android 9 promises to adapt to the user’s lifestyle.

Android Pie comes with features like Adaptive Battery, which learns the most-used apps most and prioritises battery for them. Another feature called Adaptive Brightness learns how the user likes to set the brightness in different settings, and does it for him/her.

The latest OS will also help you get things done faster with App Actions, which predicts what you’ll want to do next based on your context and displays that action right on your phone. The official blog explains:

“Say it’s Tuesday morning and you’re preparing for your commute: you’ll be suggested actions like navigating to work on Google Maps or resuming an audiobook with Google Play Books. And when you put in headphones after work, you may see options to call your mom or start your favourite Spotify playlist.”

Other interesting new features include Slices, which bring relevant parts of the user’s favourite apps to the surface; Intuitive Navigation which helps switching between apps with a gesture; and other “wellbeing” applications such as App Timers, Dashboard, Digital Wellbeing and Wind Down.

Starting today, an over-the-air update to Android Pie will begin rolling out to Pixel phones. And devices that participated in the Beta program such as Sony Mobile, Xiaomi, HMD Global, Oppo, Vivo, OnePlus and Essential, as well as all qualifying Android One devices, will receive this update by the end of this fall. Google is also working with a number of other partners to launch or upgrade devices to Android Pie in 2018.

TensorFlow Vs Caffe: Which Machine Learning Framework Should You Opt For?