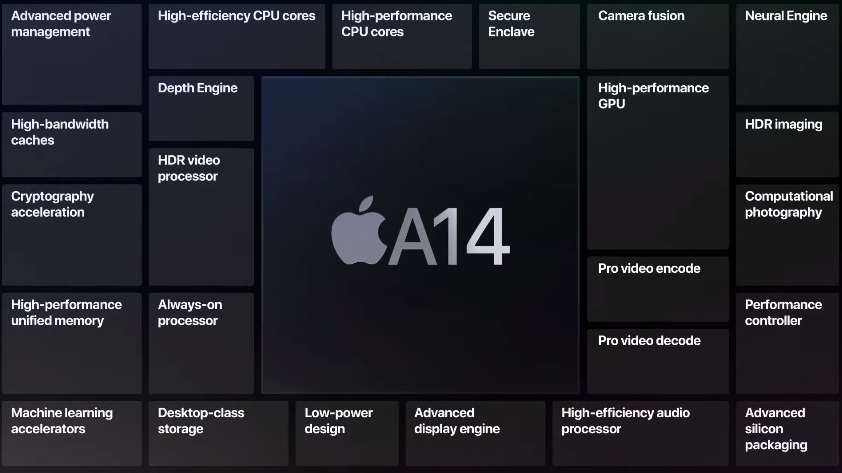 Apple, at their latest event ‘Time Flies’, introduced an all-new iPad Air that houses a powerful A14 Bionic chip, a 5 nm chipset. This makes the iPad Air, the world’s first device to operate on a 5nm chip. “We’re excited to introduce Apple’s most powerful chip ever made, the A14 Bionic,” said Greg Joswiak, Apple’s senior vice president of Worldwide Marketing.

Traditionally, Apple would launch new chipsets with iPhones. Instead, the A14 Bionic was announced alongside the new iPad Air. In the last two events, Apple has been explicit about how serious they are about machine learning-based SoC. In June, they have even announced their decision to part ways from Intel for the Macs. The transition to Apple Silicon is rapidly underway, and the launch of A14 couldn’t be timed better.

What A14 Has To Offer

Loaded with A14 5nm chipset, iPad Air is built to deliver a massive boost in performance. A14 Bionic is packed with 11.8 billion transistors thanks to the breakthrough 5-nanometer process technology, for increased performance and power efficiency in nearly every part of the chip. This makes it easier for users to edit 4K videos, create gorgeous works of art, play immersive games, and more.

A14 also features a new 6-core design. According to Apple, this gives a 40% boost to its CPUs performance. Added to this is a new 4-core graphics architecture for a 30% improvement in graphics. Furthermore, to enable improved ML capabilities, A14 Bionic includes a new 16-core Neural Engine. This makes it 2x faster than its predecessor and is capable of performing up to 11 trillion operations per second.

In last year’s event, Apple demonstrated how it is using machine learning in the iPhone 11’s cameras to help process their images, and says that the chip’s speed allows it to shoot 4K video at 60 fps with HDR enabled. To do this, Apple is using a technology called ‘Deep Fusion’ that combines images from all three lenses and a neural network which runs in the background to stitch pictures pixel-wise and maintain consistency without sacrificing the quality.

“The A13 Bionic is the fastest CPU ever in a smartphone,” claimed Apple, last year. To understand how far has Apple come with A14, let’s take a look at what Apple promised the ML community with A13, last year:

With A14, Apple has re-emphasised how serious they are about machine learning-based enhancements.

Priced at $599, the iPad Air with A14 Bionic will be available for sale from next month. Know more about Apple’s event here.