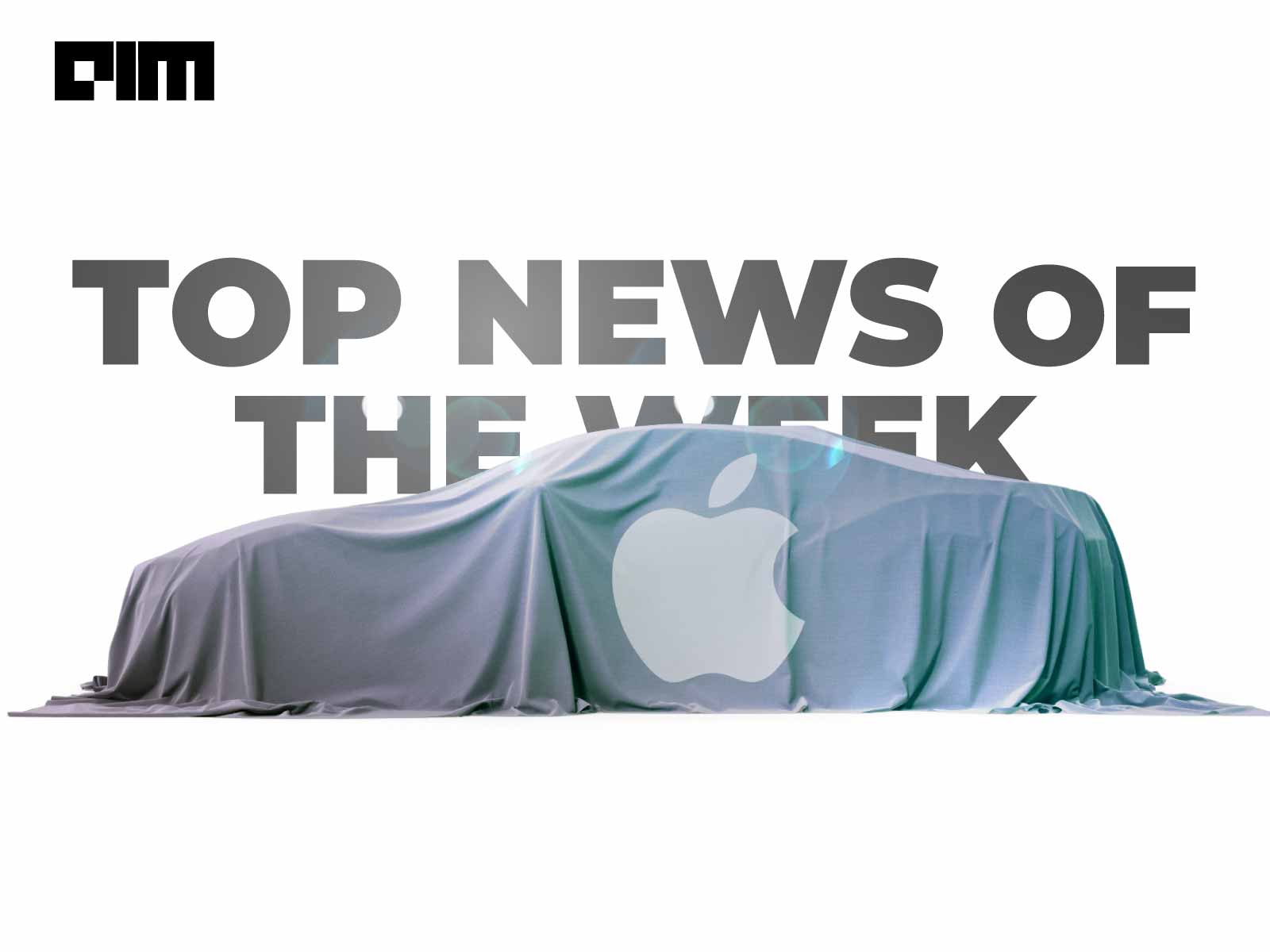 While the top internet companies like Google and Facebook try to work their way up from the deluge of lawsuits, China and Russia joined the “antitrust” party in their own style. China launched a probe into Alibaba for their anti-competitive practices. Whereas, Russia passed two bills with an intent to keep YouTube and Twitter in check. Like COVID-19, the government vs big tech is slowly turning out to be a worldwide phenomenon. And, it looks like the governments don’t want to miss this time. Talking about misses, Apple’s Tim Cook will probably enter the history books for missing out on the ride of a lifetime. Know more about it in this week’s top news brought to you by Analytics India Magazine.

In a paper in the journal Nature, DeepMind introduced MuZero, which, according to the researchers, can master Go, chess, shogi and Atari without needing to be told the rules. In 2016, DeepMind introduced AlphaGo, the first artificial intelligence (AI) program to defeat humans at the ancient game of Go. Two years later, its successor – AlphaZero – learned from scratch to master Go, chess and shogi. Now, MuZero set a new state of the art result and in doing so, demonstrates a significant leap forward in the capabilities of reinforcement learning algorithms. “MuZero’s ability to both learn a model of its environment and use it to successfully plan demonstrates a significant advance in reinforcement learning and the pursuit of general purpose algorithms,” wrote DeepMind.

When Tim Cook Missed The Ride

In what could be the most expensive snub of this century, Tim Cook reportedly lost on pocketing Tesla in its “darkest days” according to Elon Musk.

“I reached out to Tim Cook to discuss the possibility of Apple acquiring Tesla (for 1/10 of our current value),” Mr. Musk said in a tweet Tuesday. But the Apple CEO, he said, “refused to take the meeting.” This Monday,  Tesla was added to the S&P 500 index after this year saw the automaker’s hitting new highs rocketing its valuation to more than $600 billion.

Musk’s tweet was in response to the news that Apple is planning on launching an electric car by 2024. Apple had had its shot at electric cars 5 years ago. Project Titan was supposed to be Apple’s grand entry into the auto industry. However, after many delays, Apple finally wants to get on track. According to the reports, Apple would be leveraging its state of the art battery technology, which can outperform the current benchmarks.

Microsoft To Make Own Chips

According to Bloomberg reports, Microsoft is leveraging ARM’s designs to make chips for its Azure data centers and also its Surface line of personal computers. Following this news, Intel’s stock plummeted by 6.3%. Microsoft is following the footsteps of Apple and Amazon who have recently announced their in-house custom made chips for their services. Apple with M1 has already parted ways with its decade long collaborator– Intel. Now, it looks like, Microsoft too, will go its own way. The rise in demand for data centers and edge computing has forced companies to rethink their silicon strategies. Microsoft’s Azure is one of the top cloud providers in the world and Microsoft’s decision to power its data centers will be a wake up call to all chip makers.

As first reported by ProPublica, Stanford Medicine residents who worked in close contact with COVID-19 patients were left out of the new Pfizer vaccine’s first wave of staff members. “…residents are hurt, disappointed, frustrated, angry, and feel a deep sense of distrust towards the hospital administration given the sacrifices we have been making and the promises that were made to us,” read the letter that was sent to Stanford by the Chief Resident Council.

The algorithm which Stanford used to decide who gets the first shot excluded many frontline workers from the list. What followed was a massive uproar amongst the residents at Stanford, and the authorities had to publicly apologise for the whole botch up.

According to reports by WSJ, the lawsuit that blamed Google and Facebook for ad rigging has also alleged that the two companies were prepared for a potential investigation and had made a secret deal to cooperate with each other in their fight . The deal was done using the Star wars jargon. According to the draft version, Facebook’s COO, Sheryl Sandberg is the one who has signed the deal with Google. “This is a big deal strategically,” she wrote to CEO Mark Zuckerberg in an email. According to the draft, the deal was codenamed “Jedi Blue”. However, a Google spokesperson downplayed the situation by saying that such agreements over antitrust threats are extremely common!

This week, Moscow passed two bills that will tighten screws on social media companies of the United States. Companies like Google, Facebook and Twitter have gained notoriety in the past couple of months and have been bombarded with antitrust lawsuits by the US. Now Russia joins the party in stifling the internet giants powers. As per reports, The first bill would allow Russia to restrict or fully block websites following what members of Parliament said were complaints from state outlets their accounts were being treated with prejudice by Twitter, Facebook and YouTube. The second bill would allow Russia to fine internet providers upto 8 million roubles ($140,441) if these sites fail to delete content calling for extremist activity, information about recreational drugs and child sexual abuse.

According to reports, China has launched an antitrust investigation into Jack Ma’s Alibaba Group following the dramatic suspension last month of Ant’s planned $37 billion initial public offering. The probe is part of an accelerating crackdown on anti competitive behaviour in China’s booming internet space. Following this news, Alibaba’s U.S. stock tumbled 13% in its largest one-day drop since its debut on the New York Stock Exchange in 2014.

This week, Google announced new cloud regions in Chile, Germany and Saudi Arabia. This will be the second cloud region in Germany and will complement the existing region in Frankfurt. Whereas, the one in Saudi Arabia is the result of a memorandum of understanding (MoU) with Aramco signed back in 2018. Building on that MoU, Google Cloud will now deploy and operate a Cloud region in Saudi Arabia, while a local strategic reseller, sponsored by Aramco, will offer cloud services to customers, with a particular focus on businesses in the region.