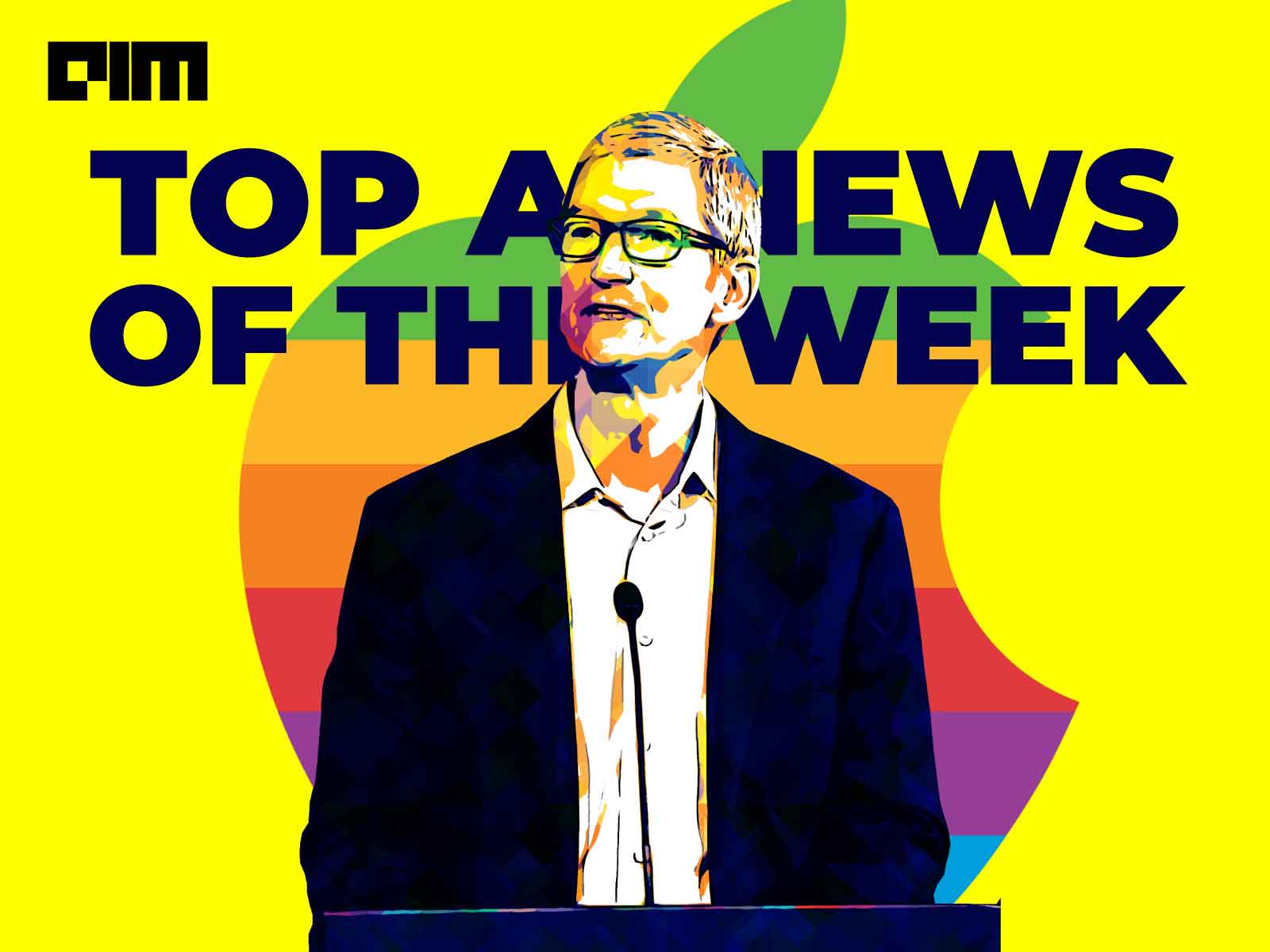 Analytics India Magazine brings to you top trending news that has happened over the past week. Let’s take a look.

Following an extensive investigation the Information Commissioner’s Office(ICO) of the UK, has issued a notice to fine Marriott International £99,200,396 for infringements of the General Data Protection Regulation (GDPR). This fine comes as a result of a data breach putting approximately 339 million guest records at risk globally.

According to an official statement by ICO, the vulnerability began when the systems of the Starwood hotels group were compromised in 2014. Marriott subsequently acquired Starwood in 2016, but the exposure of customer information was not discovered until 2018. The ICO’s investigation found that Marriott failed to undertake sufficient due diligence when it bought Starwood and should also have done more to secure its systems.

China To Take On Github With Gitee

According to reports, China is making moves to localise their open source developers community. With regards to ongoing tensions with the US, China is now promoting Gitee – Github’s Chinese counterpart. The Chinese government has  picked Gitee to construct an independent, open-source code hosting platform for the country. This announcement comes after Github’s recent compliance to US sanctions law.

According to the website, Gitee has a community of more than 5 million developers and over 10 million repos. Now the question is whether the Chinese developers will migrate from Github to Gitee in anticipation of a conflict.

On Wednesday, Apple became the first US $2tn company. The Palo Alto tech powerhouse, had also been the first $1tn company to be valued by Wall Street back in 2018. Apple is the second company in the world to hit the trillion dollar milestone. Saudi Aramco was the first company to be valued at $2tn. Apple’s gains so far have been pandemic proof  thanks to its brand value and consistent innovations with machine learning. Know more about Apple’s recent announcements at WWDC here.

On Monday, Apache MXNet and Open Neural Network Exchange (ONNX) launched the Consortium for Python Data API Standards. According to the official statement, the objective of this consortium is to tackle this fragmentation by developing API standards for arrays (a.k.a. tensors) and dataframes. For instance, an API standard can be used to specify function presence with signature, and semantics. Quansight Labs started this initiative to tackle the problem of fragmentation of data structures.

Quansight Labs is a public benefit division of Quansight, with a focus on the core of the PyData stack. The founding sponsors of this initiative include Intel, Microsoft, the D. E. Shaw group, Google Research and Quansight. Know more about API standards here.

Intel And Accenture Team Up To Develop Robotic Wheel Chair

Intel and Accenture have joined hands to support an Intel Neuromorphic Research Community (INRC) project led by the Neuro-Biomorphic Engineering Lab at the Open University of Israel in collaboration with ALYN Hospital. With the support from Intel and Accenture, the research team from Israeli will develop a wheelchair-mounted robotic arm to assist patients with spinal injuries in performing daily tasks.

Once the algorithmic work is complete, the research team will deploy the new model on Intel’s neuromorphic hardware and test the capabilities of the arm. Know more about this project here.

Facebook’s AI team and NYU Langone have collaborated to make MRI scanning processes faster and more accurate than ever before. Clinicians spend up to an hour gathering sufficient data for a diagnostic MRI examination, which eats into a hospital’s demanding schedule.

To make the scanning process quicker for the patients, the team announced FastMRI -a major research milestone that could significantly improve the patient experience, expand access to MRIs, and potentially enable new use-cases for MRIs. This technology was carefully reviewed by expert radiologists. The AI generated MRI reports were on par with the scans generated by these traditional methods; sometimes even better.

On Wednesday, NVIDIA reported record revenue of $3.87 billion for the second quarter, which is up 26 percent from $3.08 billion in the previous quarter. This kind of growth during these testing times is a testimony to NVIDIA’s state of the art iproducts and strategic collaborations. NVIDIA’s technologies are driving innovation in many advanced domains such as deep learning and cloud services. They even recently broke records with their new Selene supercomputer. When it comes to gaming, NVIDIA’s GeForce enabled realistic virtual worlds thanks to RTX ray tracing and AI.

“Despite the pandemic’s impact on our professional visualisation and automotive platforms, we are well positioned to grow, as gaming, AI, cloud computing and autonomous machines drive the next industrial revolution around the world,” said Jensen Huang, founder and CEO of NVIDIA

NVIDIA has also partnered with Mercedes-Benz to power its next-generation fleet of luxury cars. Earlier this year, NVIDIA had also completed its acquisition of Mellanox Technologies to offer high-speed networking in cloud data centers and to scale-out AI services.Know more here.

Google extended its Kormo Jobs app for its Indian users.  Kormo is a jobs and careers app that connects job seekers to businesses that are looking to hire and allows job seekers to create and maintain a digital CV, all in one app. Kormo is currently available in Bangladesh, Indonesia, and India. Download Kormo here.

Your MRI Scans Will Be Faster Than Before, Thanks To Artificial Intelligence

Data Science Platforms Which Raised The Most Money This Year