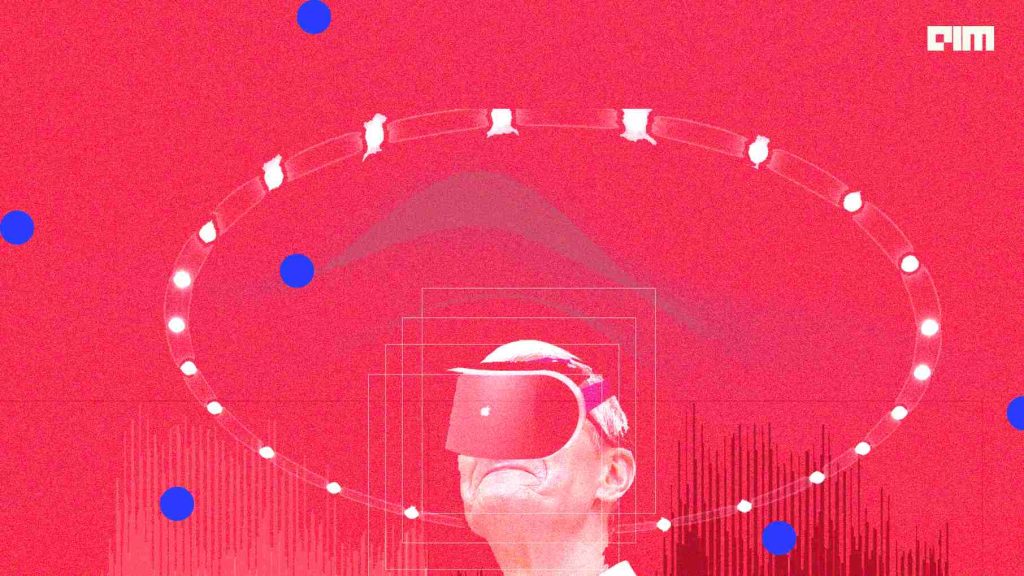 Facebook’s Meta move has created a buzz around the metaverse. Since the rebranding in October last year, Meta’s share price grew by 6.7%, while Apple’s stock climbed by 18%.

According to investors and analysts, the excitement around Apple’s involvement in the metaverse has been a significant factor in the uptick in its share price, making the Cupertino-tech giant the first company to hit a market cap of $3 trillion earlier this month.

However, Apple is keeping a safe distance from the metaverse hype, and is bullish on augmented reality.

According to Toni Sacconaghi, an analyst at Bernstein, extended reality devices could account for more than 20% of Apple’s overall revenue by 2040.

Apple is not keen to jump on the metaverse bandwagon; probably because metaverse’s decentralization and interoperability aspects run counter to the company’s closed, end-to-end control philosophy.
In his latest Power On newsletter for Bloomberg (accessible only to subscribers), Mark Gurman said Apple doesn’t want the launch of its first VR product to look like a metaverse foray. He said Apple, unlike Meta, isn’t interested in offering an immersive virtual world and is simply offering “bursts of gaming, communication, and content consumption.”

Apple’s yet unnamed reality mixed reality headset will allegedly have two 8k OLED displays, more than a dozen cameras for hand-tracking and set you back at $3,000 per unit.

A noted Apple analyst, Ming-Chi Kuo, believes the headset may use the same 96W power adapter (one of the highest Apple offers) like Macbook Pro 14, suggesting the device will have high power requirements. Additionally, rumour mills suggest the device will run on Apple’s M1 chip and support Wi-Fi 6E to offer higher bandwidth and low latency.

In an interview with The New York Times towards the end of last year, Apple CEO Tim Cook said it takes oodles of technological improvements for major tech companies to reach the metaverse goals.

While he declined to comment further on the metaverse, he reiterated his interest in augmented reality, claiming: “We’ve always said that AR is a core technology, and it’s a technology that I get super excited about. I think it’s profound in terms of the things that you can do with it and the enhancement to people’s lives…but humanity has to be at the center of it.”

While most of the industry seems to be making a shift towards VR, Cook has repeatedly expressed his preference for the superior AR—going so far as to call himself “AR fan number one.”

While he regards VR as a potential tool to enhance education and gaming experiences, he sees the technology as limited, claiming “there is no substitute for human contact.” According to him, virtual reality “closes the world out,” but AR “allows individuals to be present in the world but hopefully allows an improvement on what’s happening presently.”
Tim Cook’s views are supported by the CEO of Unanimous AI, Louis Rosenberg, who believes that an augmented metaverse will be far more useful than a virtual metaverse. While he believes the former will be a gamechanger, he thinks a virtual metaverse is likely to increase in popularity—but only among “hardcore gamers and socializing teens.” Like Tim Cook, he thinks the fundamental problem with a VR metaverse, like the one Meta is working towards, is that the experience is simply not natural. Instead, the most natural way to experience the metaverse would be to integrate the digital content into our physical surroundings—instead of the other way around.