Artificial Intelligence Is A Key To Future International Relations Dynamics 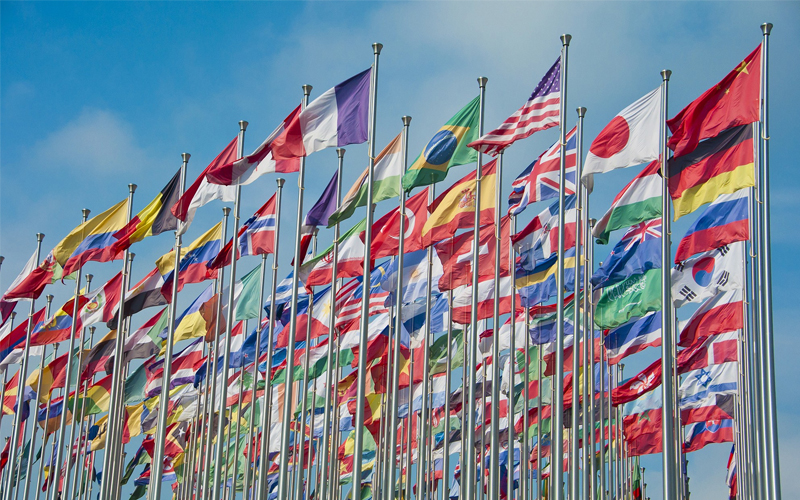 International security and foreign affairs seem to be the newest hotbeds for artificial intelligence innovation and applications. The multidimensionality of today’s machine learning and AI is already seen to have a profound impact on how countries manage their foreign affairs — one of the most recent cases being China. Analytics India Magazine had reported earlier that the Chinese government is not only researching how they can leverage AI to build better foreign policies, but also how to implement them.

Bureaucrats and politicians along with researchers in China have come to think of AI as an assistant in their day-to-day decision making. The AI has been trained on data that relates to international politics, domestic politics and other related issues. It can therefore be trained and can come up with policy suggestions and recommendations in a matter of seconds. Chinese President Xi Jinping had pushed the AI agenda in foreign policy and had called for efforts to “break new ground” in diplomacy. Reportedly, the programme built by the Chinese government takes a huge amount of data, which has information that ranges from cocktail-party gossip to images taken by spy satellites!

As with AI, we have also observed that the industrial revolution of the 18th century also had a great impact on international affairs and trade and relations. It increased productivity and wealth in western societies like the US and the UK. It is because of this advantage that western countries took a decisive lead in the competition between countries and excelled more than the others. This lead is very apparent in the size of the economies, the development that has taken place and the increase in the living standards of these countries.

In some ways, the current AI revolution is more powerful than the industrial revolution because it has engulfed not only the industries but also the personal lives of citizens. That is why, to avoid polarisation and imbalance of power, AI knowledge and expertise should be spread around the world and throughout the masses. If this does not happen, there is a danger that underdeveloped countries might become dependent upon the US, UK and China for AI services.

During the first industrial revolution, countries had competed to control resources like oil and coal. In the present situation, the resources are AI professionals, cloud computing, AI chips and others. Between the 1970s and the 1980s, the great combination of microprocessors, and electronics created a great trend of innovation that gave birth to the internet and the web community and also the GPS. And after that the 2000s the advent of AI and the application of AI in policy and wars, promise excitement in the short term and the long term.

Industrial revolutions and technological progress have changed the nature of war and informational conflict. The Center for a New American Security wrote in a post, “The First Industrial Revolution enabled Napoleon’s levée en masse or mass mobilisation of the population for war. This shifted military power away from small, very professionalised militaries, such as those of Prussian leader Frederick the Great, and toward countries able to mobilise their population on a large scale.”

World War I started the implementation of machinery in warfare and reshaped warfare as well as the war in the last century. Modern technologies like trucks, aeroplanes and radio communication were deployed for the first time in human history. A Chatham House report suggested a “broad framework to define and distinguish between the types of roles that AI might play in policymaking and international affairs: these roles are identified as analytical, predictive and operational.”

In an analytical role, AI will automate large parts of foreign policymaking. Experts also say that AI will augment our abilities rather transform the whole ecosystem. The predictive uses of AI, will have an effect on a longer term and let policymakers understand the impact of their policies. The report suggests that operational uses of AI are very far off and they relate to fully autonomous systems and weaponry.

CNAS report suggested that there are certain elements that relate to national power during the AI revolution. They predict some of the main points to be considered are:

AI can be leveraged to totally change and transform international relations and foreign policy but there will be some requirements that will be hard to acquire. David Gosset, who is the director of the Academia Sinica Europaea at CEIBS and founder of the Euro-China Forum says, “AI, more than any other technology, will impact the future of mankind, it has to be wisely approached on a quest for human dignity and not blindly worshiped as the new Master of a diminished humanity, it has to be a catalyst for more global solidarity and not a tyrannical matrix of new political or geopolitical divisions.”